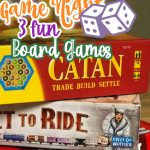 If you follow me on any of my accounts you know our family loves board games. Actually we love all games but for indoor activities well board games rule.  This Summer we discovered three new to us games that have kept us entertained.  Well maybe addicted to is more accurate. Farkle, Ticket to Ride and Catan are on repeat in our home. 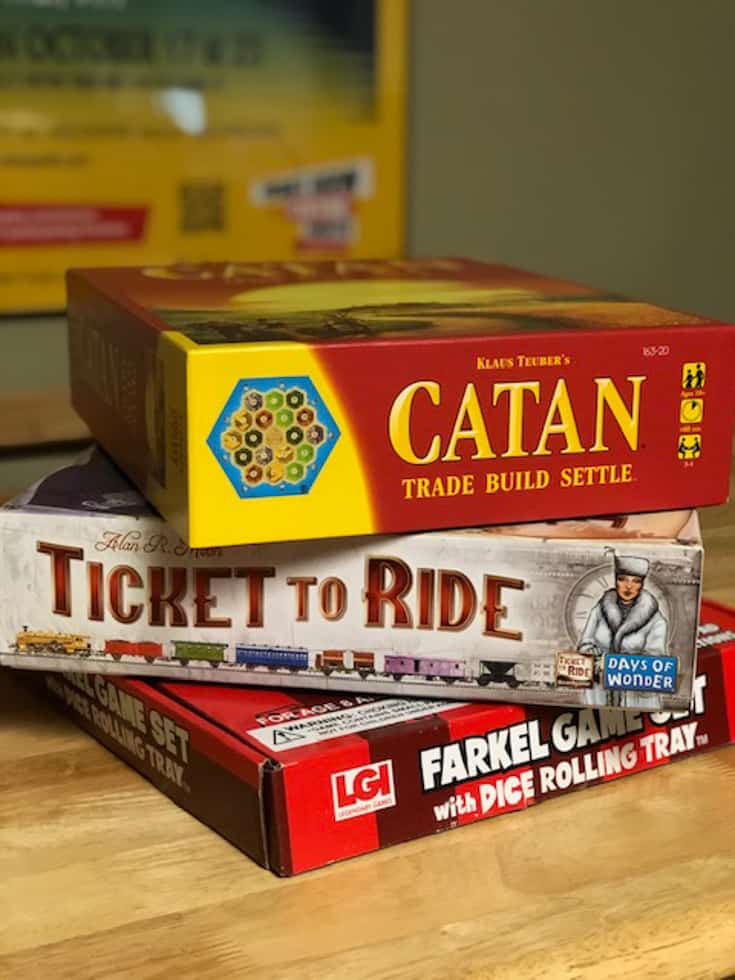 Disclosure: This post contains affiliate links. What this means is that if you click over to one of the provided links and purchase something, I get a small commission at no added cost to you. Thanks for supporting A Labour of Life!

Are you a fan? Have you heard of them? Played them?  I think at least for Ticket to Ride or the Train Game as we call it and Catan I am late to the party. Seems the rest of the world has been playing as I have been wasting my life on social media. 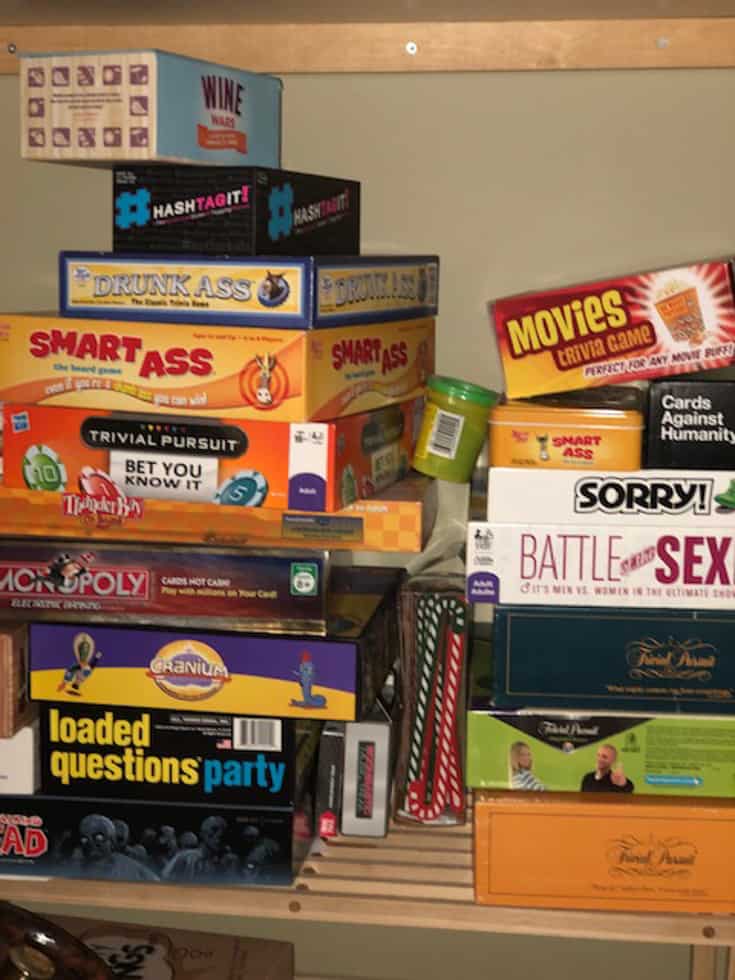 Funny thing as much as I am a game freak I haven’t written about it too much.  Possibly because I am usually late to the game. I mean we didn’t even start Cards Against Humanity until the boys gave it to us for Christmas two years ago.(face palm inserted here)

I did write about #HashTag It which is a very similar concept and a fun game. If you follow me though, you will usually catch game night on my stories.  Sometimes rated R because alcohol has been involved and we get loud and competitive.  Wine Wars is always fun on Wine and Pizza night lol.

Anyway fast forward to a summer of Covid and we discovered three games that I am loving and subsequently ordered. Yep It is what we have been doing since March find something, order something enjoy something.  We also discovered a fourth game but we have only played it once so jury is still out on that one.

Farkle and a Game of Dice 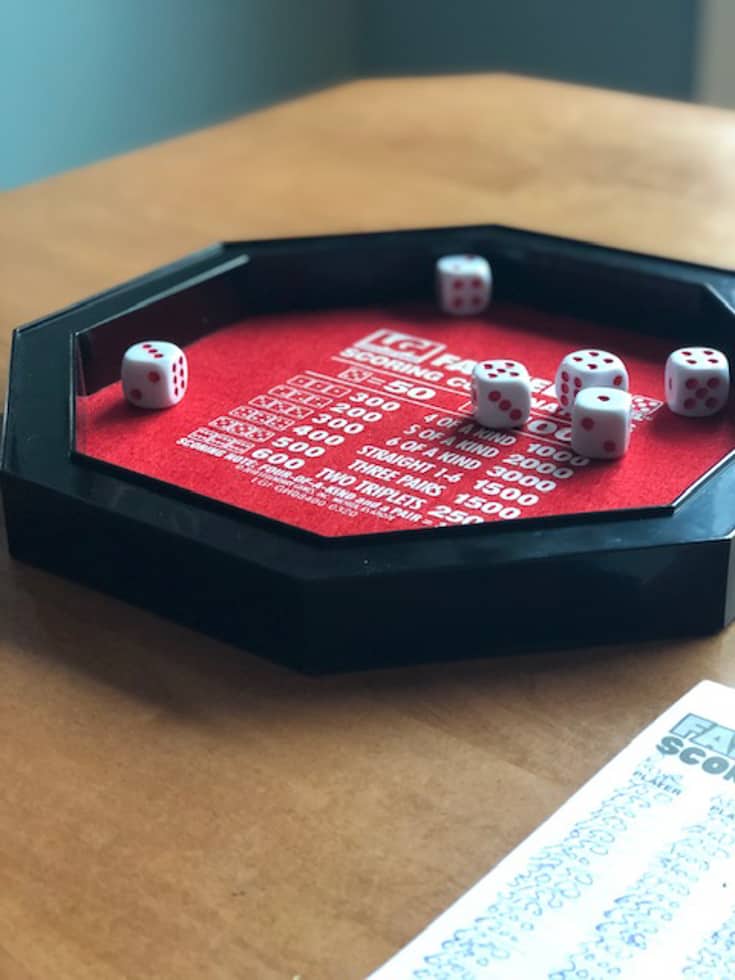 The first discovery was Farkle a game of dice. This started innocently enough with our neighbours asking if we play games.  Hmmm that could have been a loaded question but it was all quite innocent. WE said of course and they introduced us to Farkle.

Great for camping, the Farkel Dice tray makes it easy to turn any surface into a game table. On a wood stump, the tent floor, or a picnic table, this game will keep it all in the tray!

A game of dice they discovered in Florida, well after an evening of fun I was searching Amazon for my own game. FYI Amazon Canada has the game but not the Game Board so I sacrificed speed for the boxed set. Sure enough within days we were madly rolling the dice. Update the rolling tray is also available in Canada now.

Ticket to Ride or the Train Game 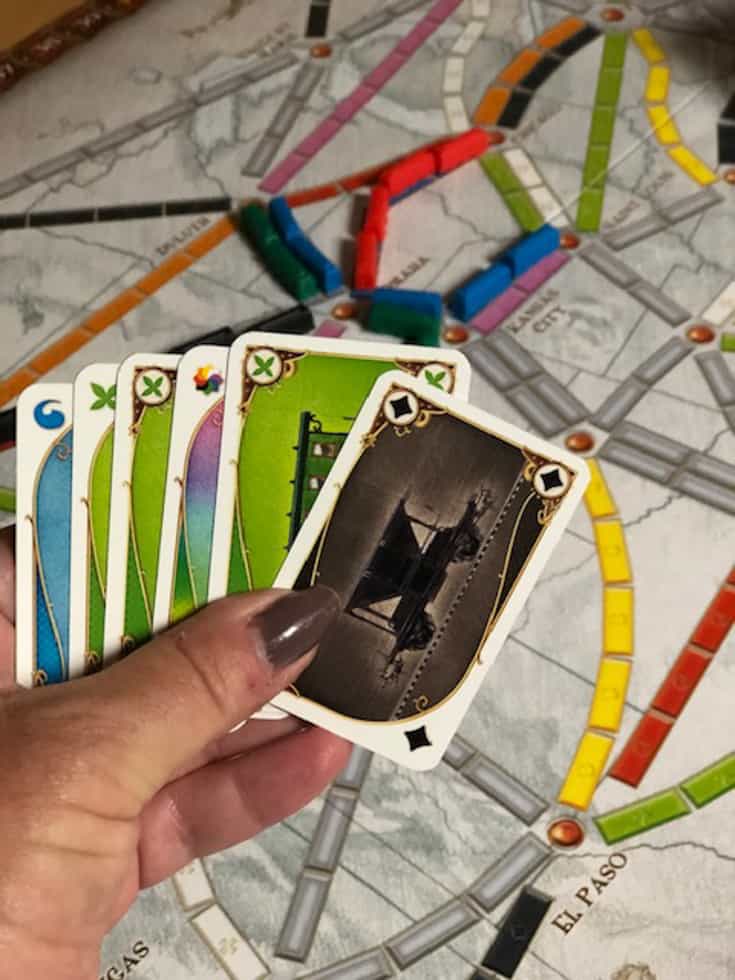 The Train Game or Ticket to Ride was introduced to us over the August long weekend.  WE went to a cottage with a friend and they brought the game.  Again am I living under a rock, how did I not know this game.

Ticket to Ride is a cross-country train adventure game. Players collect train cards that enable them to claim railway routes connecting cities throughout North America. The longer the routes, the more points they earn. Additional points come to those who can fulfill their Destination Tickets by connecting two distant cities, and to the player who builds the longest continuous railway. 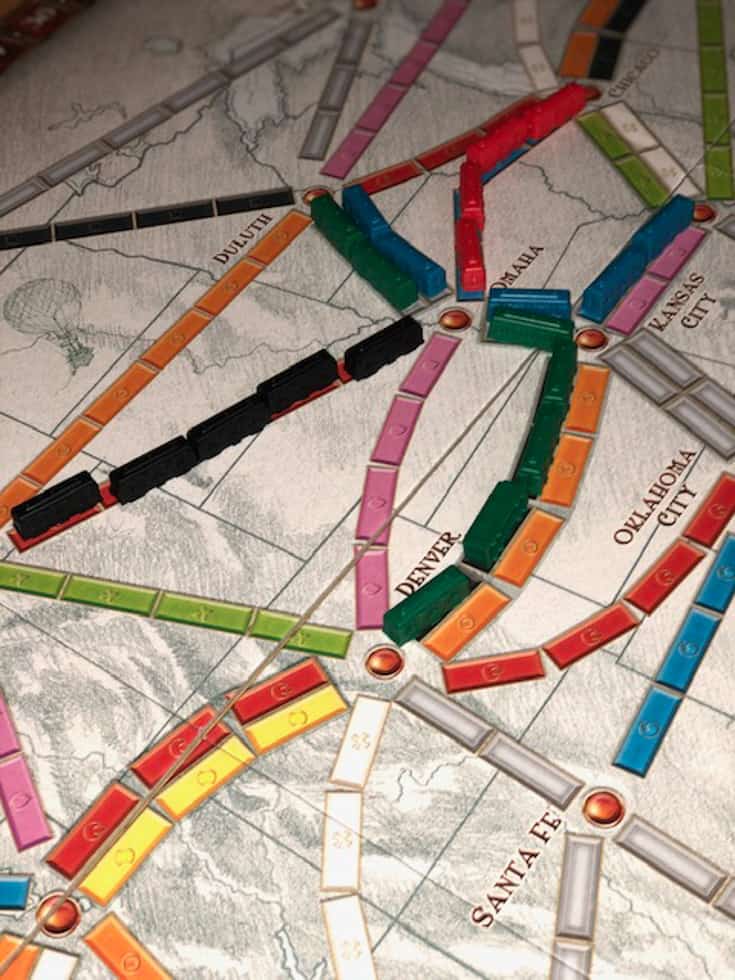 And then there is Catan 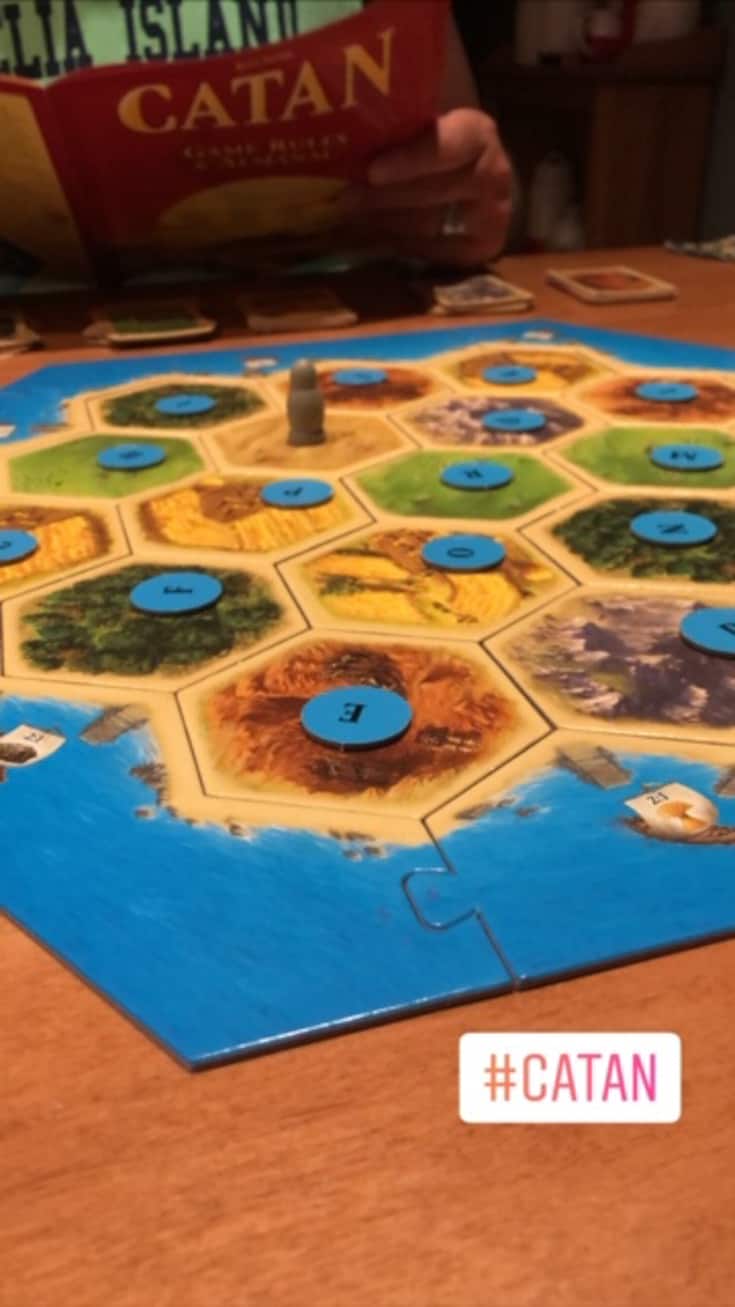 And then we have Catan and OMG, we ordered this game when Nic and Hailey were here.  We taught them Ticket to Ride and they mentioned this one. Well of course I ordered it and had it the next day.  Game night got heated.  We played everynight.

Then Kent and I went to the Cottage and even started playing only two of us. There actually is a set of rules for only two players but I just discovered this oops.  We average two to three games a night after supper. Super addictive but not harmful although someone swears a lot and it isn’t me.   This past weekend we even ordered the extender kit because we were five.

What is Catan ?  a game where you guide your settlers to victory by clever trading and cunning development. Use resource combinations— grain, wool, ore, brick, and lumber—to buy handy development cards and build roads, settlements, and cities. Acquire your resources through trades, cards, or lucky dice (even outside your turn).

But beware! Someone might cut off your road or buy a monopoly. And you never know when the wily robber might steal some of your precious gains! Best part of the game the board changes every time.

Food Advertisements by
Please note that some of this site’s links are affiliate links, and alabouroflife.com is a participant in the Amazon Services LLC Associates Program, an affiliate advertising program designed to provide a means for us to earn fees by linking to Amazon.com and affiliated sites. At NO ADDITIONAL COST TO YOU, I will earn a small commission, if you purchase them. Please note that these are products I know/use and recommend to my customers. I recommend them as they are good products.
370 shares