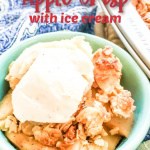 I sometimes feel I am late to the party often in the blog world, my feed was filled with all things Apple last week because apparently it was #appleweek. Well google is telling me October is apple month so at least in someones world I am still on time. Sharing my own Apple Crisp recipe because it is quick, easy and delicious.

The power of subliminal suggestion had me desperate for all things apple last week, never let it be said that I am not influenced by those around me.  Or maybe it shows the power of the blogging world when we all work together.  Its funny how often a dinner suggestion comes to mind after seeing an amazing picture on Facebook ( Yea Simply Stacie I am talking about you, seriously her Facebook posts have my mouth watering daily). 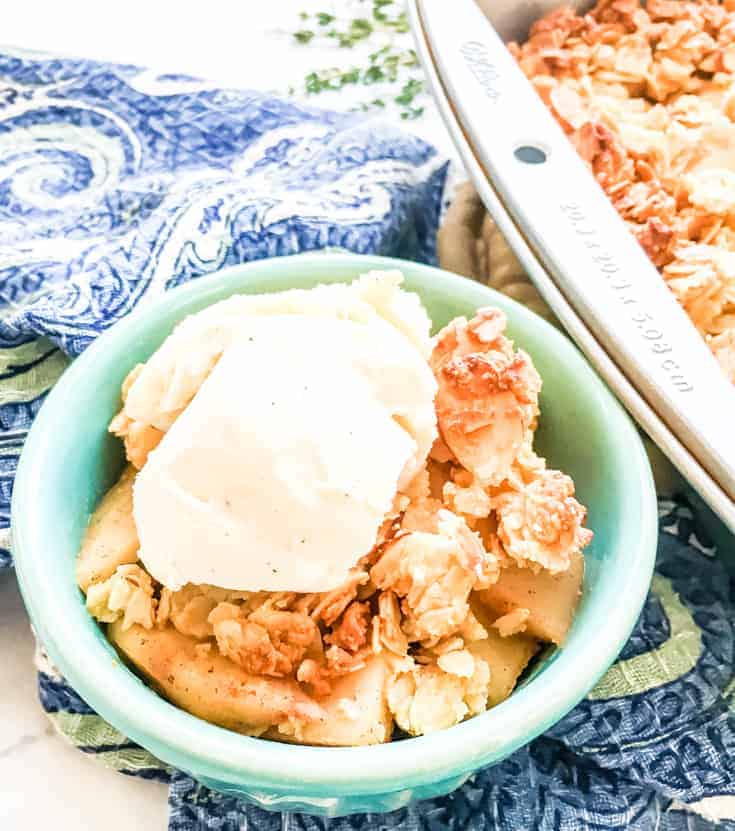 Well back to the apples shall we, after seeing all of the posts and then realizing I have not been posting near enough food lately I sent Kent off for apples ( specifically Cortlands but alas they were not available last week) I decided I need to make the worlds easiest Apple Crisp.

Did you know that Cortlands are the best pie apple there is? Hence for me the best dessert apple.

So my easy buy recipe for you, peel a few apples, like maybe six. or more depending on how many people you wish to feed.  I love personal size crisps so everyone can enjoy their own dessert. 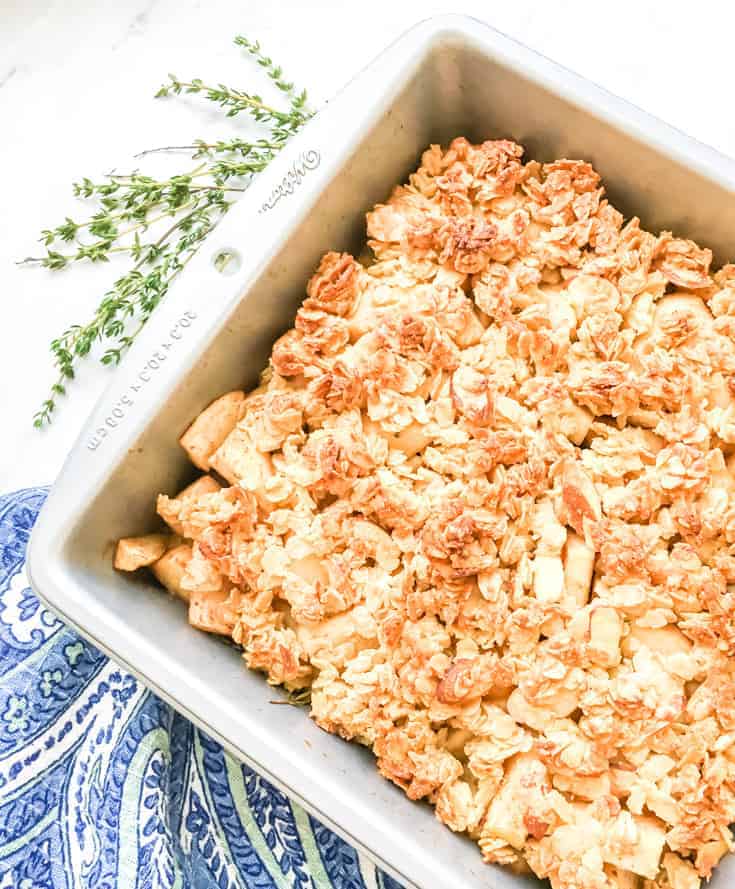 Apple crisp is a simple and easy dessert requiring just a few ingredients.

Linking with Creative Sparks and Sits Girls, Brilliant and Mini Family and share your cup