You are here: Home / Fashion / Be a Pineapple, Stand Tall, Wear a Crown and Be Sweet on the Inside 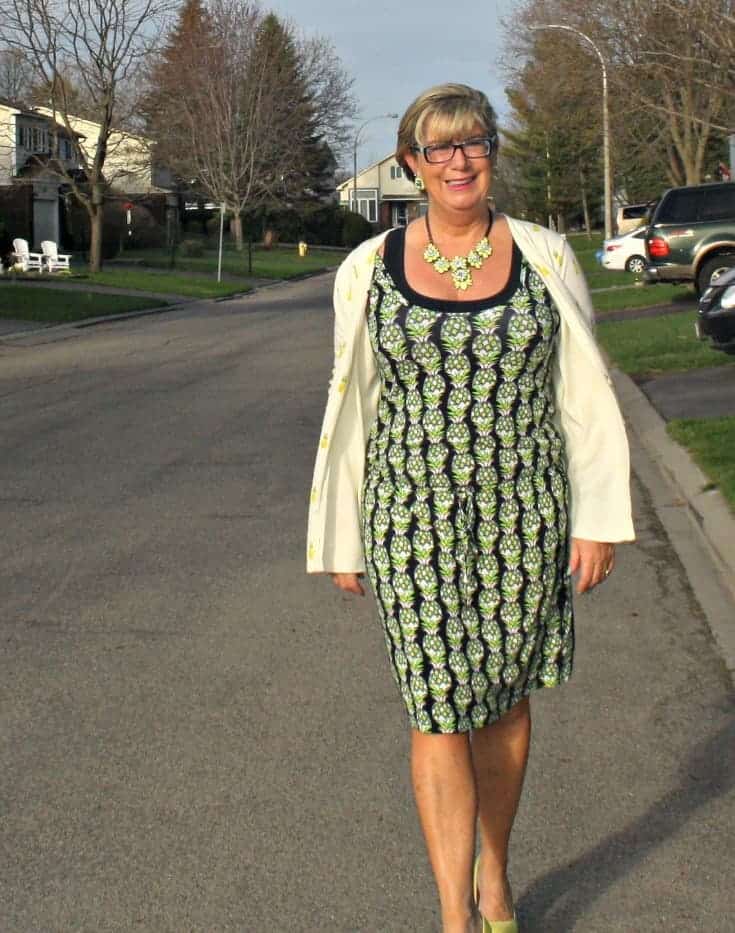 Today the sun was shining, the temperature was spring like and I decided it was time to break out the Pineapples. What screams warm temperatures louder then pineapples I ask you? 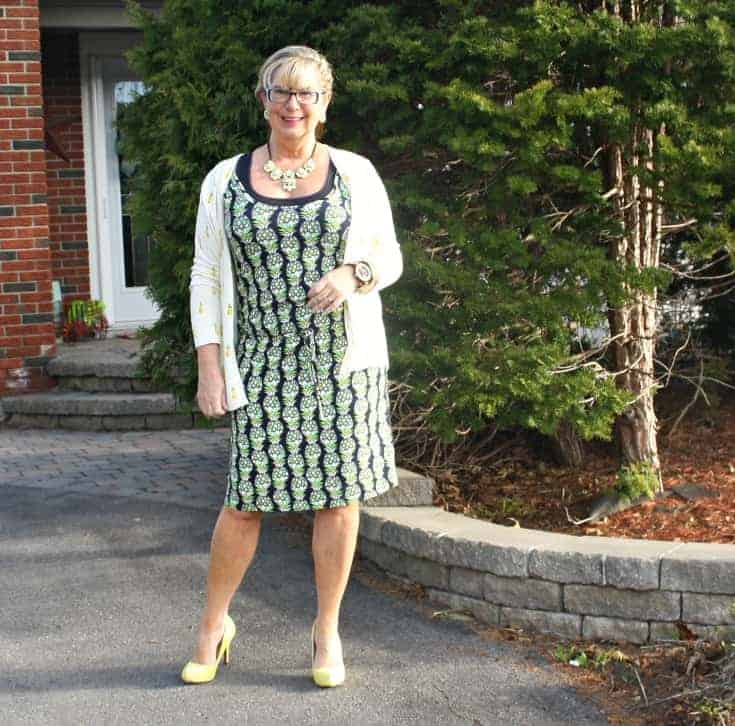 Funny story, I could not have been in more pain in all of these pictures. As I was toddling (is that a word) down the driveway, carrying the tripod with the camera on it, I stepped wrong. I twisted my ankle, fell on both knees and my wrist but I saved the camera.  I think I really did a number on the ankle because as the day went on the more pain I felt. Basically I stayed in my converse all day because I was not even going to attempt the heels again.  I am such a Klutz, or maybe not use to my heels anymore.  Good thing this Pineaple dress looks great with heels and converse.

So now its Friday and I am heading to Toronto for Canadian Music Week,  the boys have several showcases and we have not seen them since March. (and I need to deliver their care packages, that’s all they keep asking for). They have been having a great week so far, hobnobbing with the bands they admire, acoustic sets in Stores and we know they have two shows Friday and two shows Saturday so should be an amazing weekend.  If you are looking for something to do I will be at Sneaky Dee’s and then the Dakota Tavern on Friday night, look me up and follow on snapchat. 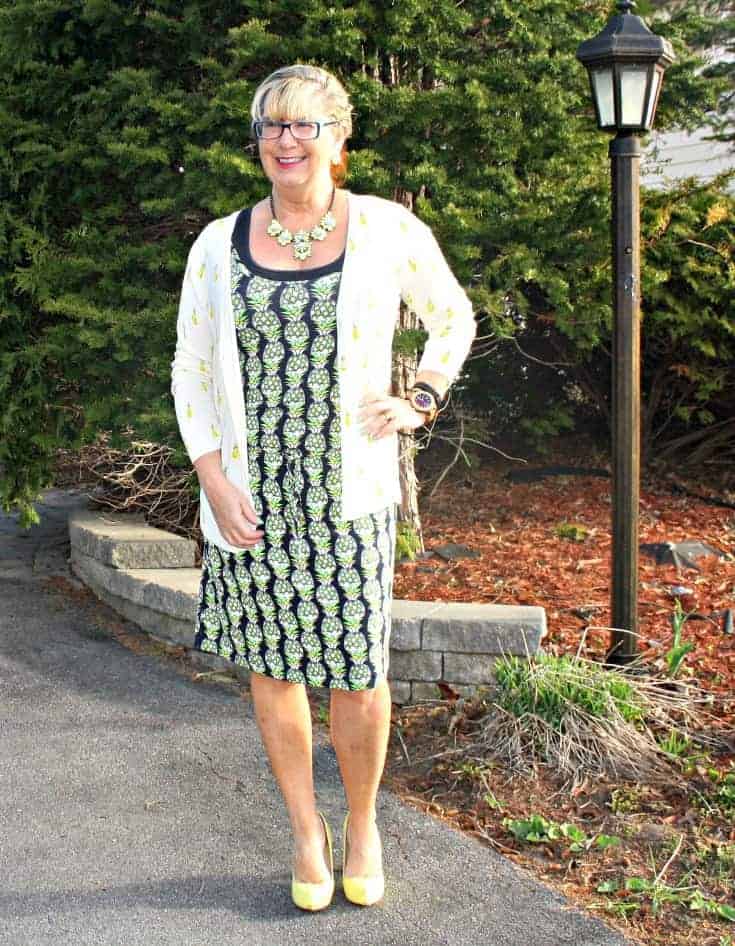 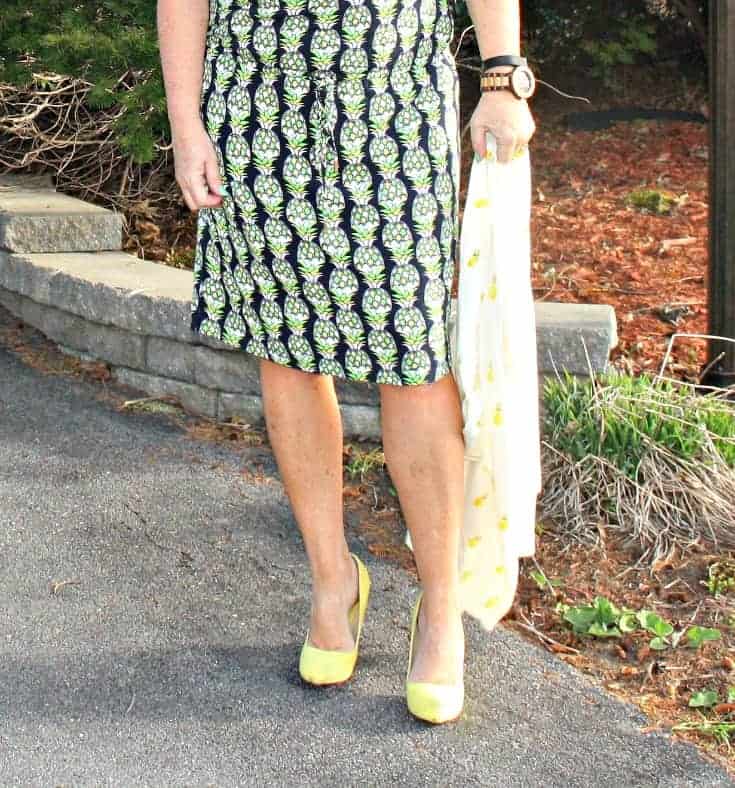 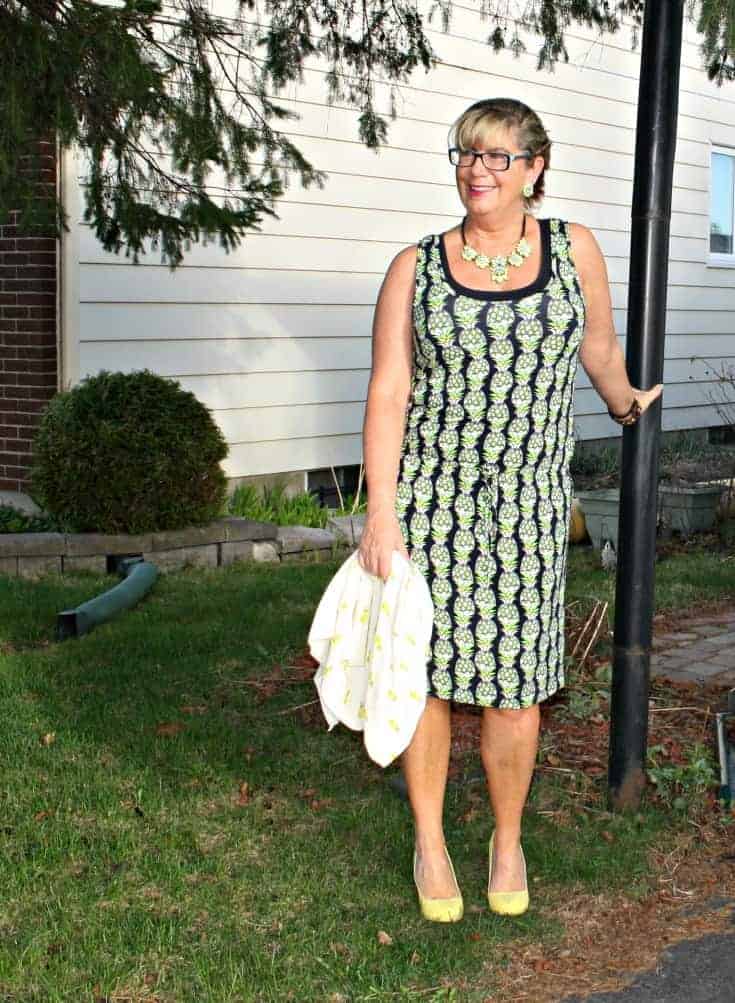 Went for a twist on my braid today, one of the easiest hairstyles ever. I should try to create a short tutorial for the blog… hmm another post idea.
For the outfit I found the dress at Banana Republic(Similar) a while ago and then the perfect matching sweater at Target(similar).  My Necklace looks like Pineapples(similar) and its a favourite piece from Yosa UK. Shoes- Shoe Dazzle(similar) and Converse (exact) Watch C/O Jord (exact) 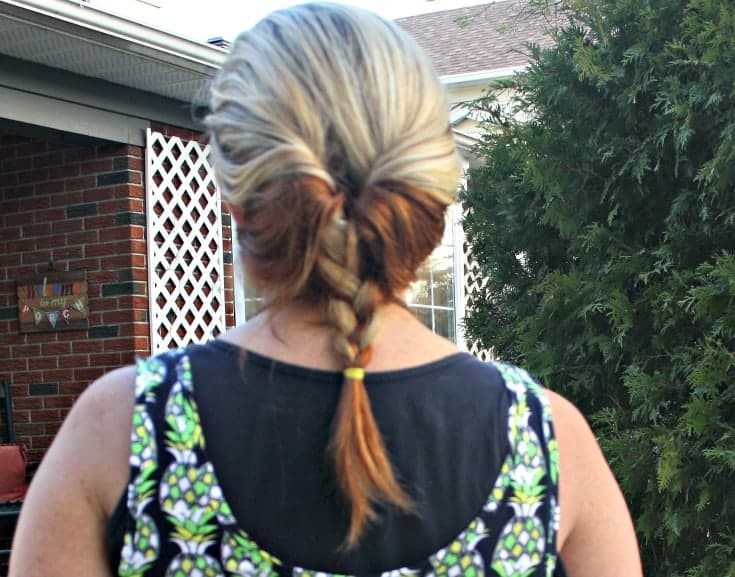 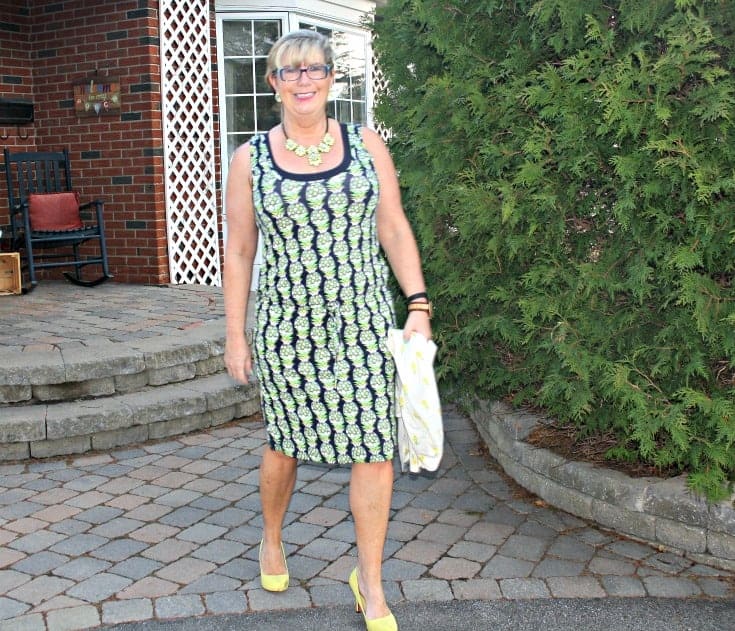 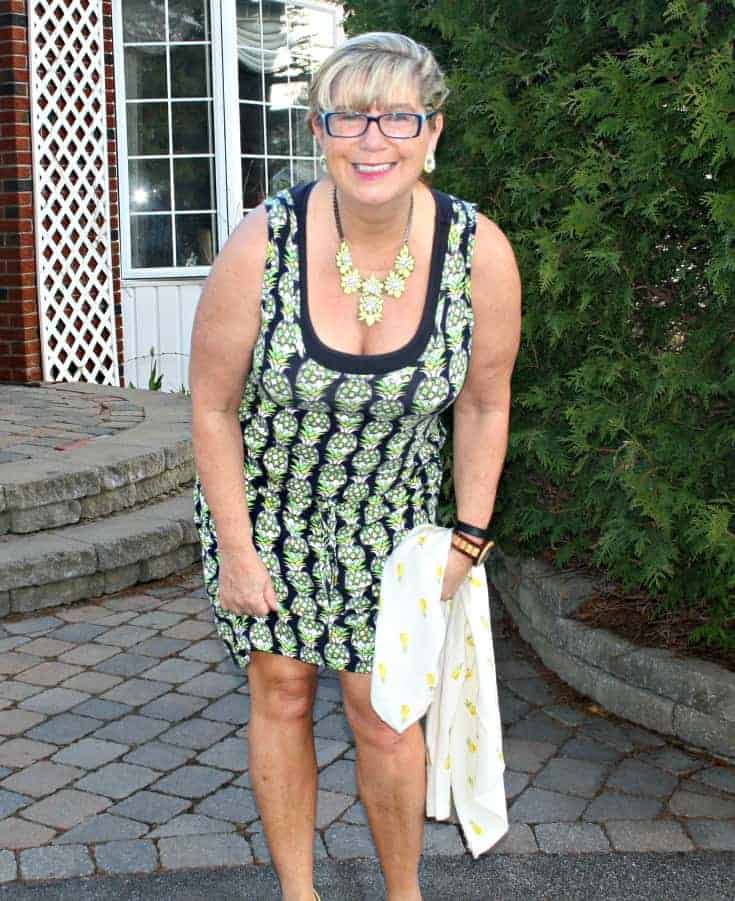 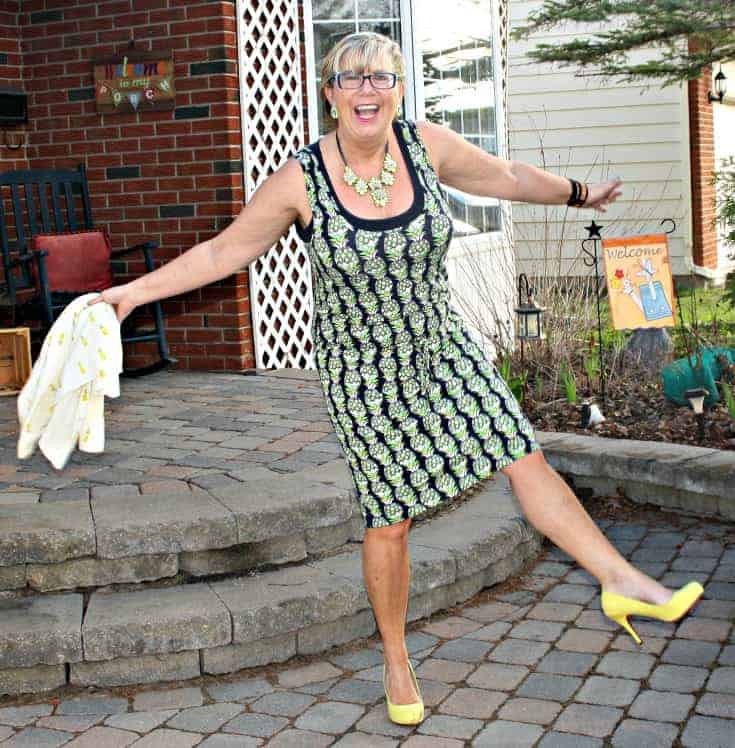 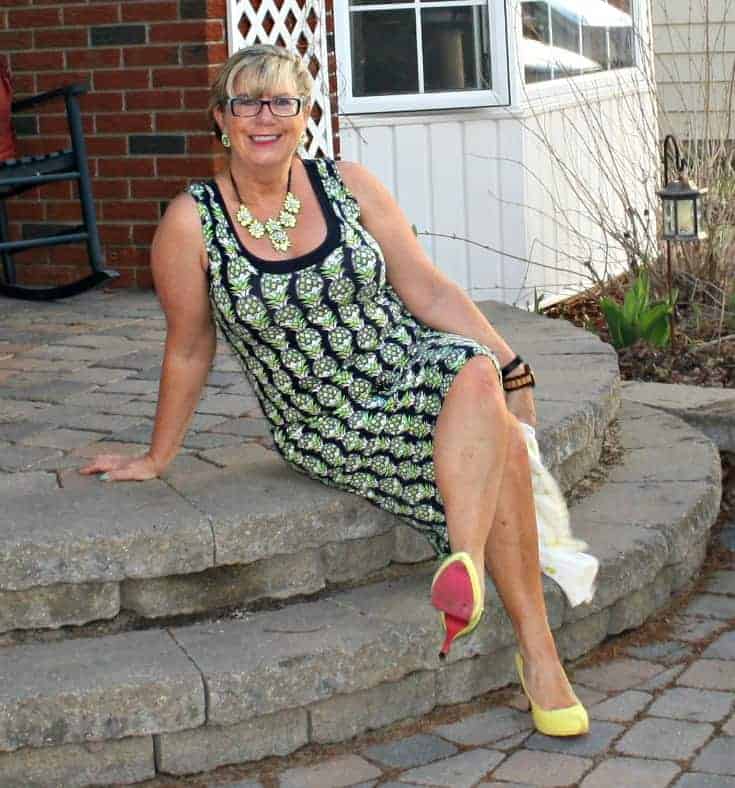 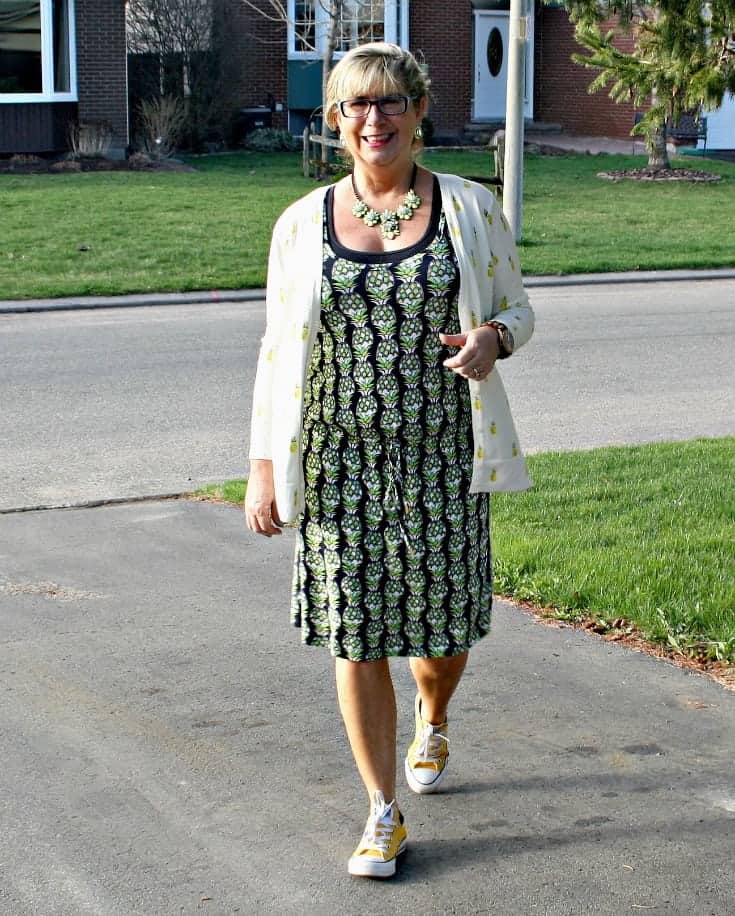 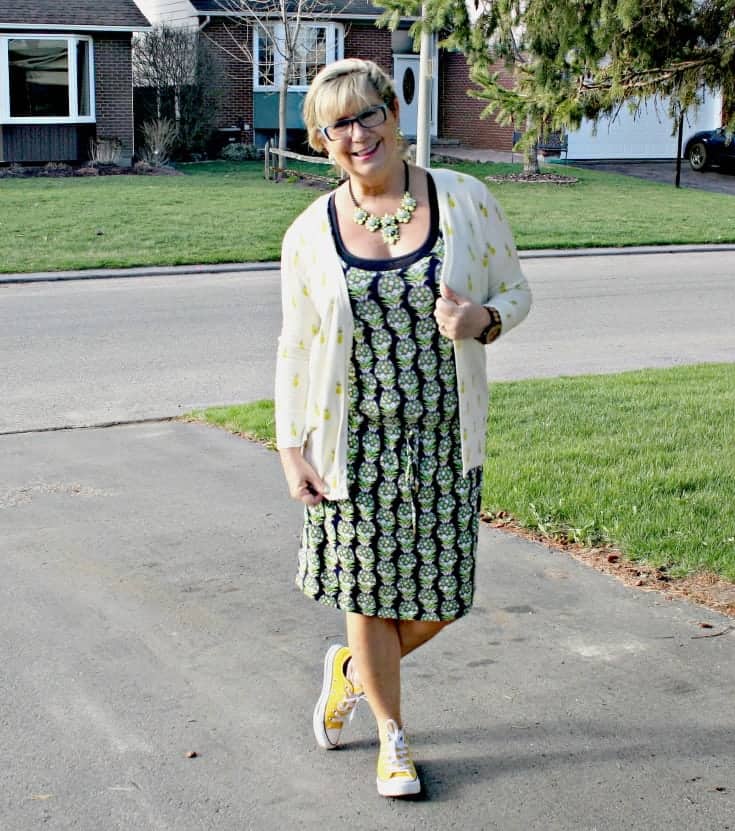 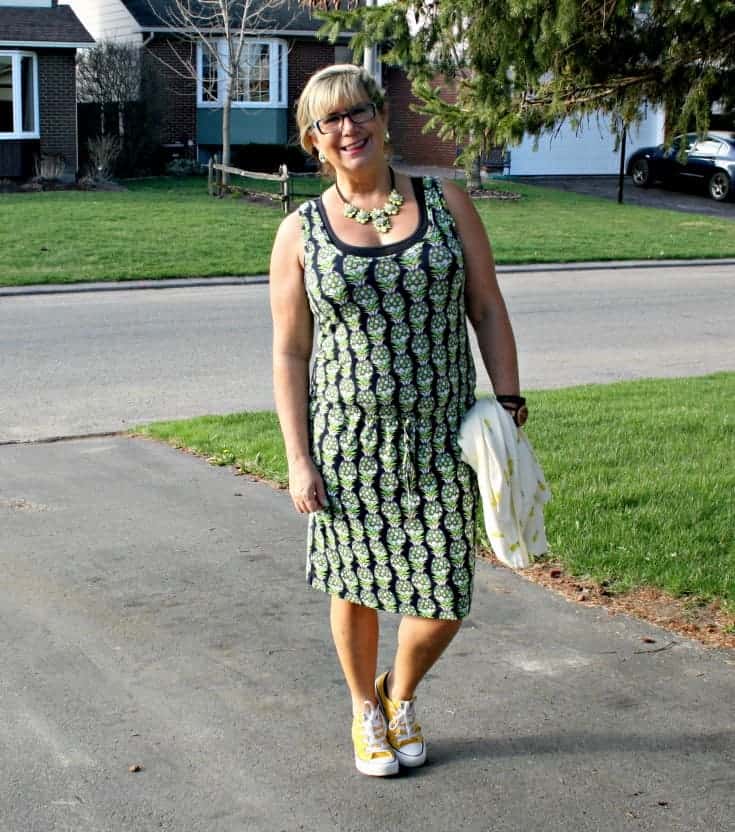 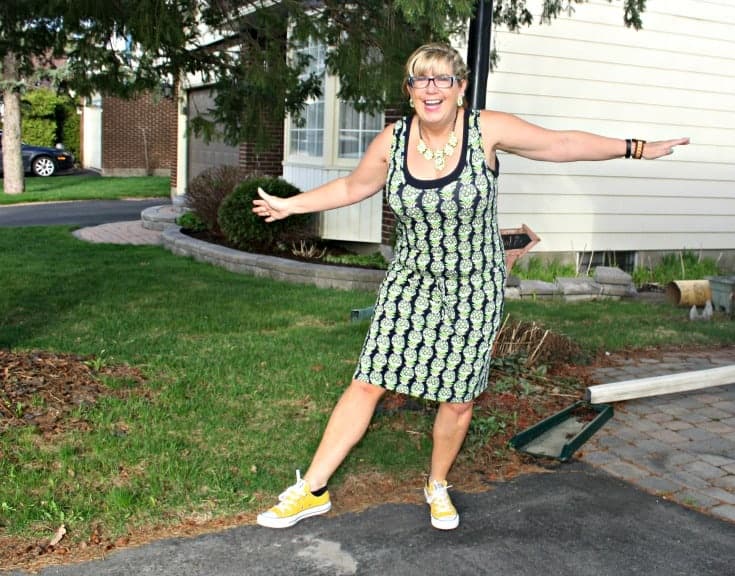 Did you link up yet to A Labour of Fashion
or enter my amazing giveaway for Netflix and one for ITunes, how fun is that
Linking with ,Rachel,. Allison  Claire  Lauren ,Tara,
and Fashion should be fun,and  Birdie Shoots,Fabulous Friday
and Jamie and Mommy’s Got Style and Color and grace, The Closet
Jeans & a Teacup // Farmer Bell // xoxo Rebecca // Adri Lately/ Elegantly
The Grits