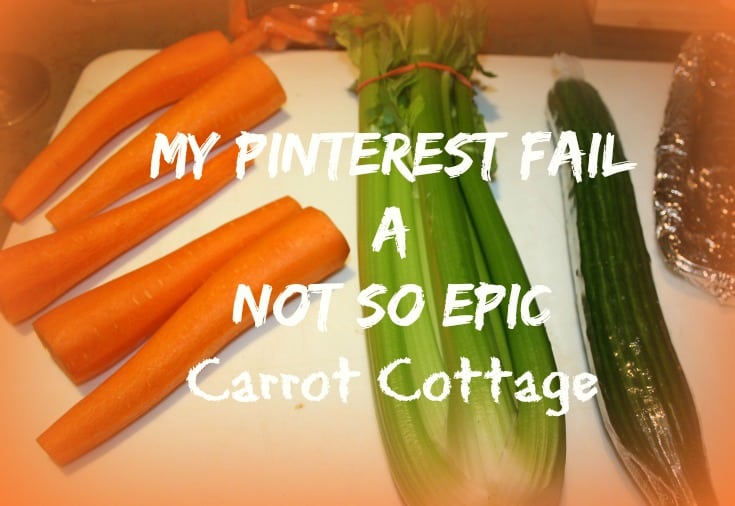 For our  Open House,  I have been creating some type of food centerpiece and the last few years that has been the awesome Christmas tree. (here for details). 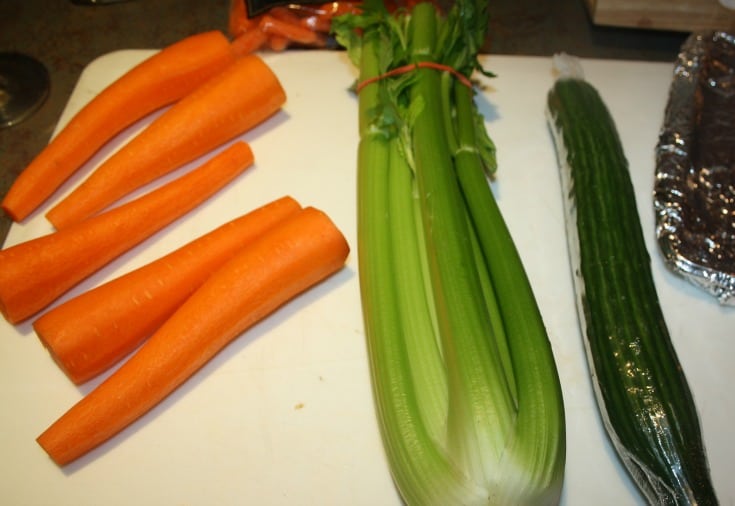 2015 was my year for change, if you have been following me then you know from my Wreath Post that  Kent posted this totally awesome veggie cabin on my facebook and I went hell ya, this is the year of the cottage.I found the instructions on Pinterest, I purchased carrots, celery, cucumbers and cream cheese and I started creating….well epic pinterest fail, to such an extent I didn’t even take a picture.Like I said the bloody carrots were not told they needed to be perfectly shaped carrots
My carrots had curves ( kindof like most of us) and no matter how hard I tried I could not get a cabin that looked like this picture, I had one really breezy log cabin with inch gaps in between my logs, and I am telling you that was not going to be my centerpiece at the open house. 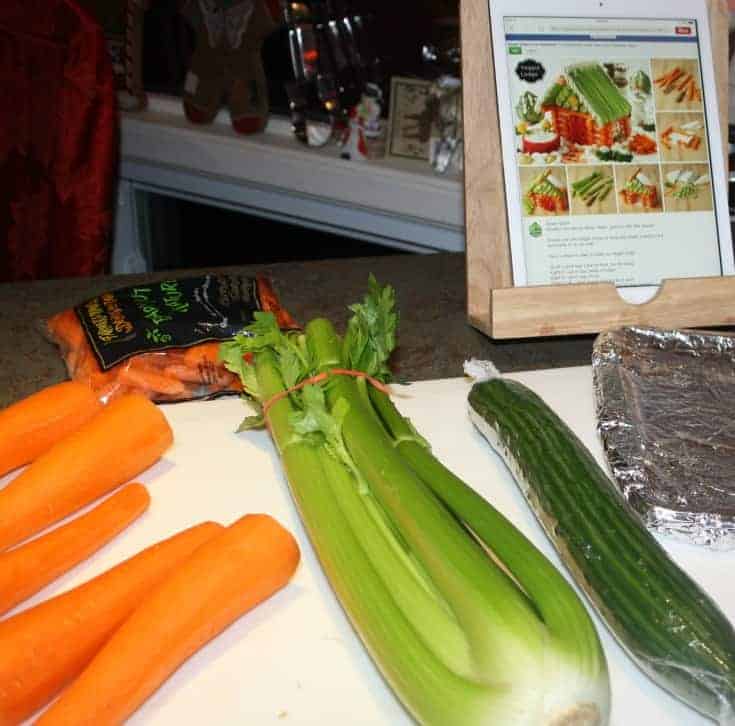 Now, one may ask what do you do with a pile of peeled crooked carrots and already sliced celery..
you hit pinterest again and discover Veggie Cups.  I know right, how genius is this idea,  festive Holiday cups ( I actually sent Kent to the store for clear but this is what he brought home, but totally worked, clear would have let people know there was dip already included but hey, nice surprise for some).  In each cup I added a dollop ( tablespoon) of ranch dressing or Red pepper Hummus, then filled each cup with a variety of carrots, celery, yellow peppers and cucumbers ( either rounds or sticks) and a baby tomato. 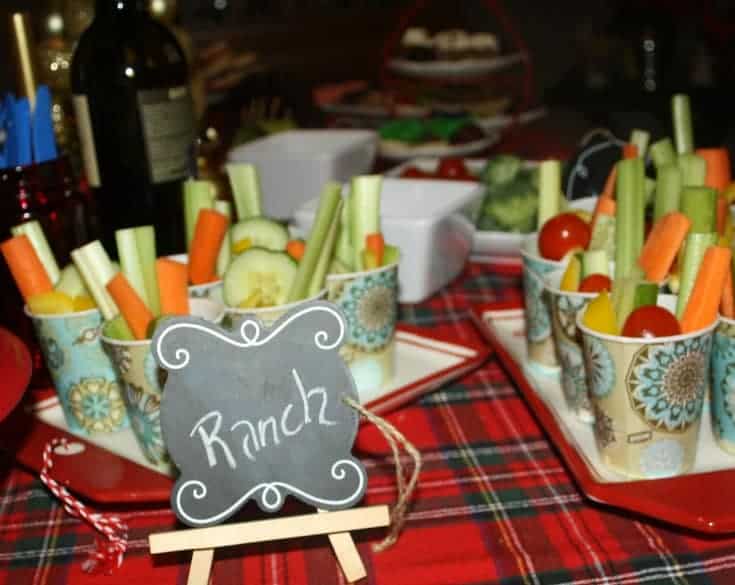 I placed the cups on festive trays, added chalkboard signs indicating which dip was included.

I also added a small tray of additional veggies and dips so people could replenish their cups. 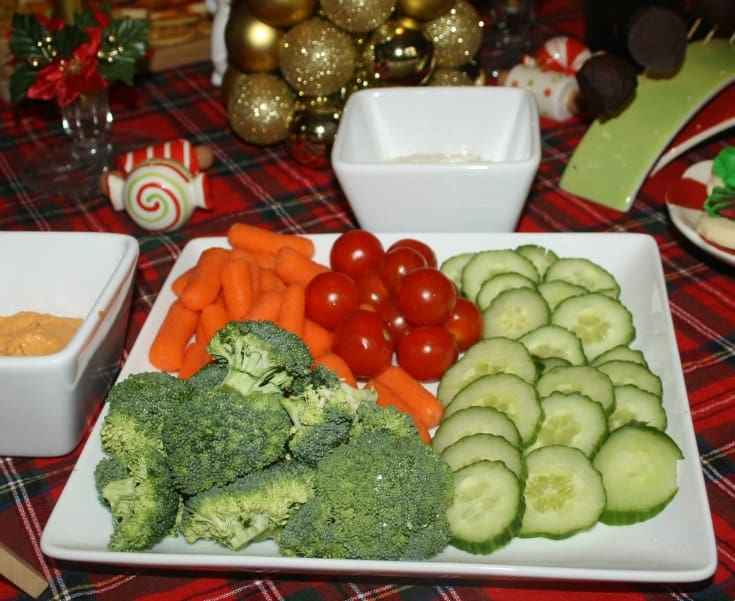 and guess what, all the veggies got eaten,  people are afraid to destroy your veggie centerpiece but if you make the veggies easy to nibble on they are a huge hit,  so for me my epic pinterest fail turned into a better success. Veggie Cups will now be a staple at the holiday parties ( plus I think I have like 500 cups ti use up)
Linking with  Brilliant  and Sits and Claire and Weekend Retreat

« CassidyVille with my Lemax Village
OpenHouse 2015 »