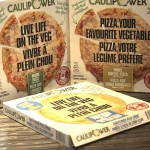 Exciting news! CAULIPOWER, the fastest growing frozen pizza brand in the U.S., is launching its signature cauliflower pizza crust  in Canada, starting with four better-for-you pizzas: Margherita, Three-Cheese, Veggie, and Plain Crust. Know what else, All of the pizzas are proudly made in Canada and will be available in more than 100 Canadian retailers! 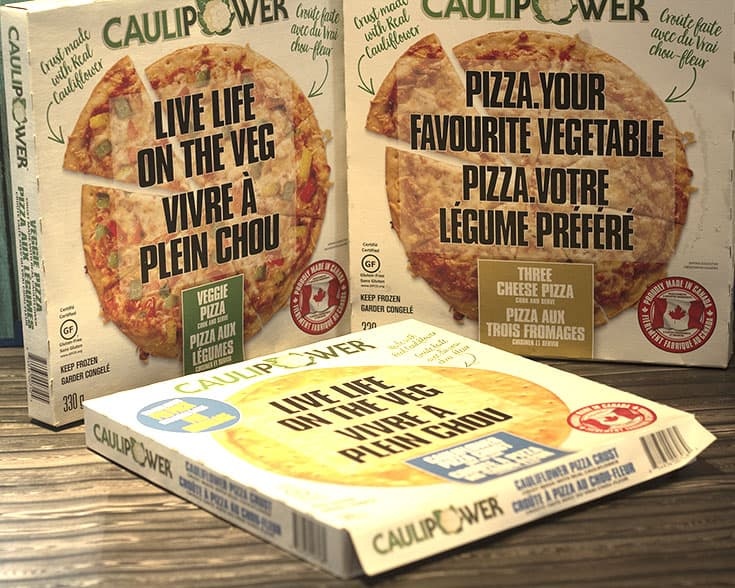 A Labour of Life was provided with four amazing CAULIPOWER Pizza’s to test out but all opinions expressed within are mine.

OK truth be told her I was a slow convert to the Cauliflower movement. But hey when destiny comes knocking you just move with it right?  I started living healthier this year, trying to cut out bad stuff, reduce carbs and generally live and eat better.  Cauliflower cheese bread was tried and then we moved on to testing out homemade zucchini pizza. I loved the fact that I was reducing my carbs but none of ,my homemade goodness seemed to measure up to real crispy crust.

When the company reached out to me to see if I was possibly interested in testing out their pizza’s I couldn’t say yes fast enough. CAULIPOWER is the leading innovator in the category, hacking America’s comfort foods to make them more convenient and nutritious. CAULIPOWER disrupted the American market last year with its debut cauliflower-crust pizza line that doesn’t hide vegetables but celebrates the nutritious and delicious food group as the star of the meal. The naturally gluten-free pizzas are lower in calories, sugar, fat, and sodium and higher in protein, fiber, and vitamins than most traditional and gluten-free pizzas, while being naturally nutrient-rich, gluten-free, and delicious. CAULIPOWER went from 60 stores to 8,000+ in the U.S in just one year. 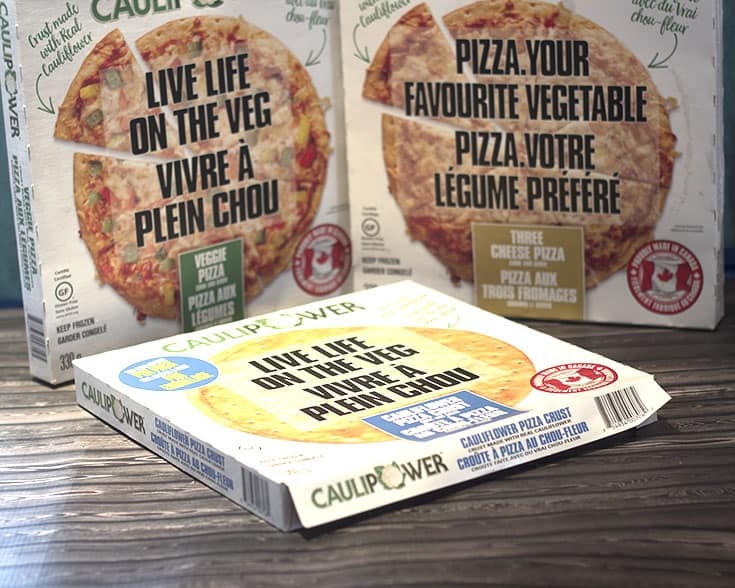 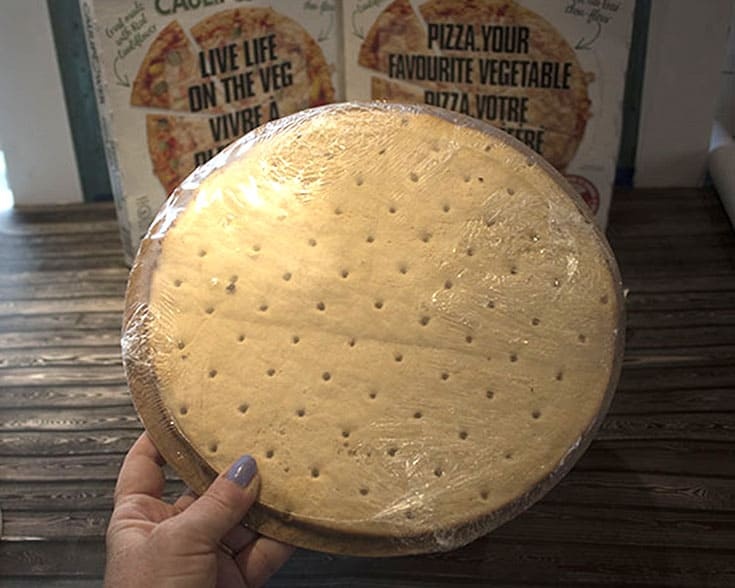 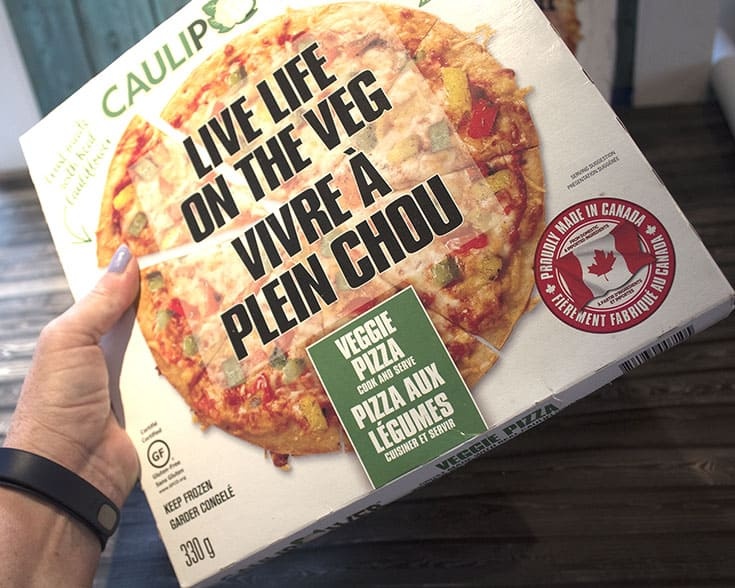 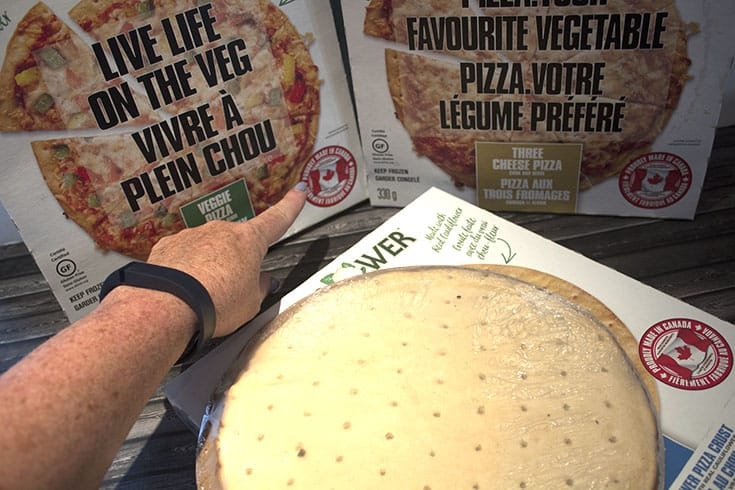 Pizza and Wine and living Well

The Company recognized early that we love experimenting with cauliflower in Canada. Well, they listened and “now are incredibly proud to produce the pizzas right where they’ll be enjoyed,” said Gail Becker, Founder and CEO of CAULIPOWER. “With the increased availability of information about the food we eat, more and more people are seeking healthier options, but may not have the time, access, or resources to make those choices happen – CAULIPOWER is here to help bring everyone together over one, better-for-you plate.”

For more info and to find a Canadian retail location near you, visit: www.EatCAULIPOWER.com

My first foray into the world of CAULIPOWER was on our regular Friday Night Pizza Night. Kent moved forward with his homemade crust and I tested out the new Margherita Pizza.  I was excited to try this out, would it be crunchy? Would it test good.  Well you know all the natural questions that run through your head.

I also was curious as to how I could supplement the pizza and what uses I would have for the crust.  Friday night I opted to add extra peppers and some pepperoni to half. Let’s test the boxed version and a supplemented version. 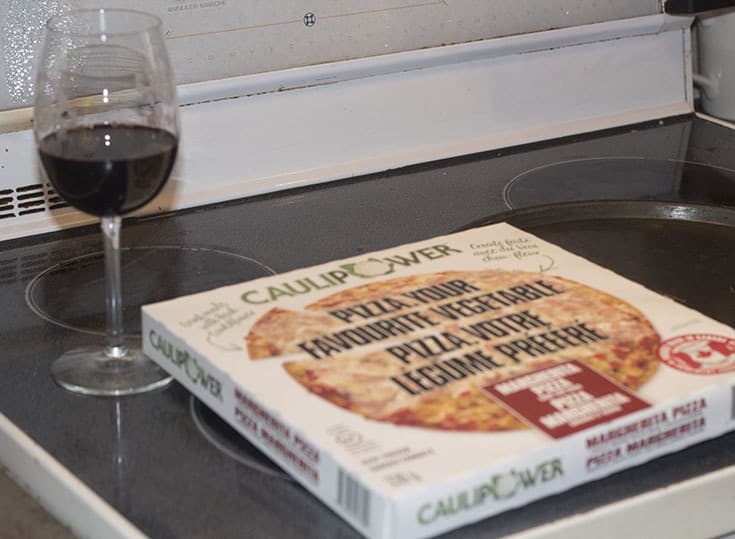 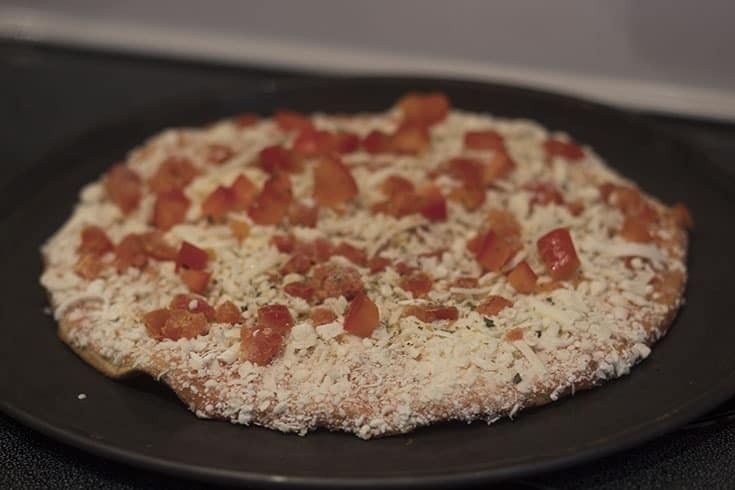 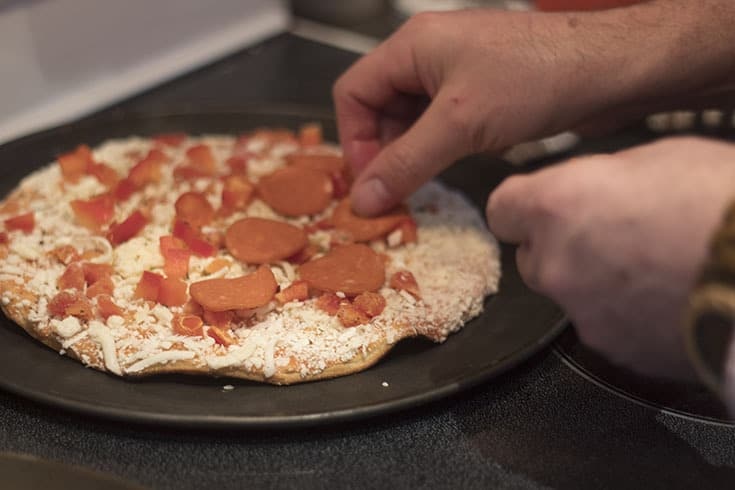 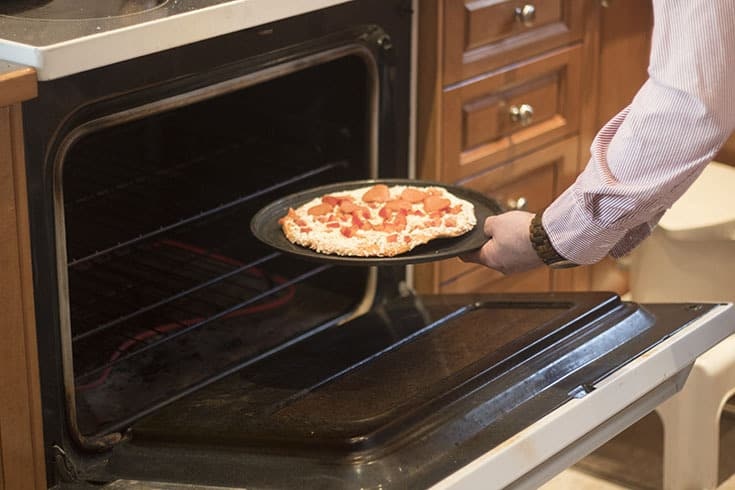 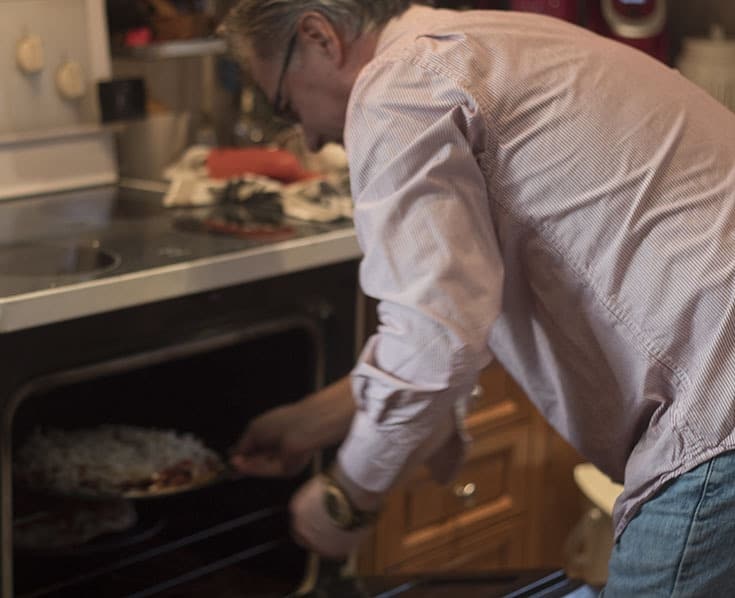 Before we get to my review I need to share Gail’s story.  It is so close to mine.

A Note From Gail

CAULIPOWER was born on a Pinterest fail. Really. As the mom of two boys with Celiac – an autoimmune disease leaving their bodies unable to process gluten – I tried desperately to find nutritious, gluten-free options that weren’t filled with fat, sugar, salt and calories.

Frustrated, I turned to a like-minded community of healthy hackers and stumbled upon recipes (lots of them) for cauliflower crust pizza. My creation tasted just fine, but it looked awful, my kitchen was a disaster and I had spent 90 minutes I didn’t have making a pizza crust!

I figured I probably wasn’t alone and, so, left my job to create CAULIPOWER.

I loved reading Gails story, I mean honestly OI thought I was the only person not getting this. I mean everywhere I turned everyone was bragging about their cauliflower products being just like real dough.  Why was I such a Pinterest Failure. Mine also tasted good but crispy…. I think not.

This worked.  Crispy crust that was flavourful and did not make me feel deprived.  I actually also used the crust for a pulled chicken sandwich. It worked , it did.

Would I buy this again? Hell yes, sorry for the cursing but purchasing ready made CAULIPOWER crust is was easier then my struggle.  Don’t expect anymore cauliflower pizza recipes from this gal, I have found my way to the frozen food aisle. 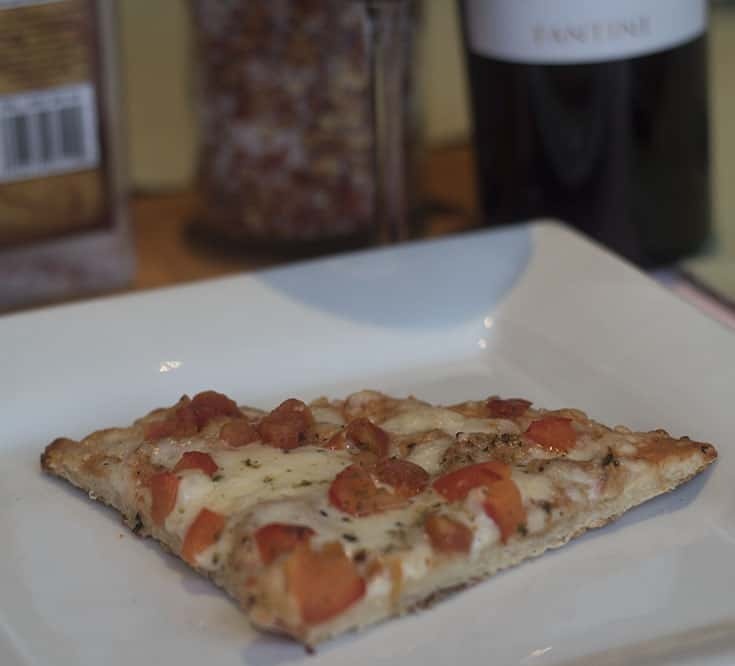 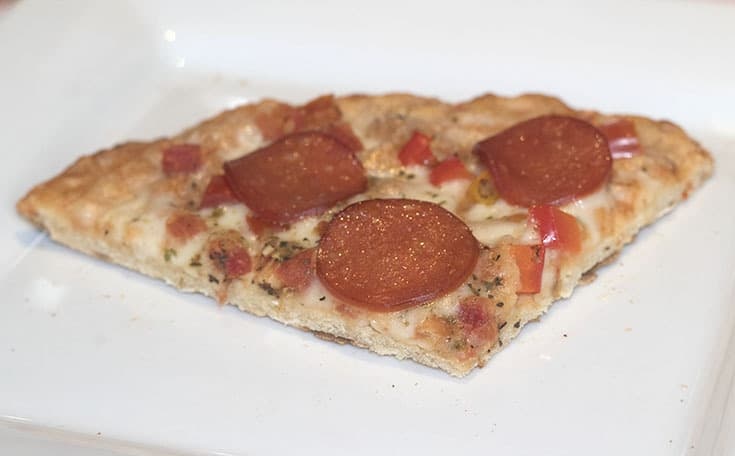 « Testing the Ergo Slider Plus
Bocce and the Powerful Columbia Lawnmower » 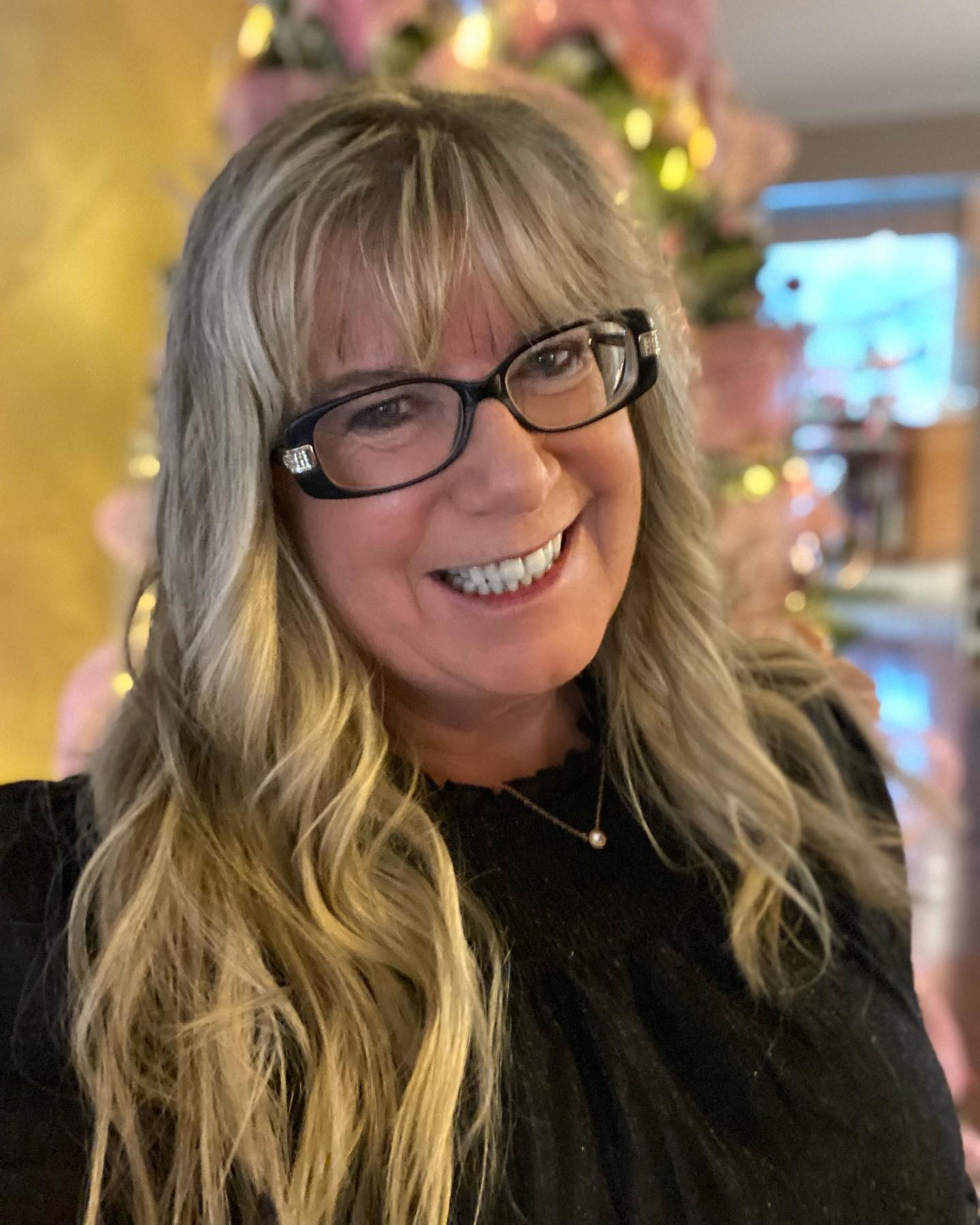 Food Advertisements by
Please note that some of this site’s links are affiliate links, and alabouroflife.com is a participant in the Amazon Services LLC Associates Program, an affiliate advertising program designed to provide a means for us to earn fees by linking to Amazon.com and affiliated sites. At NO ADDITIONAL COST TO YOU, I will earn a small commission, if you purchase them. Please note that these are products I know/use and recommend to my customers. I recommend them as they are good products.
45 shares