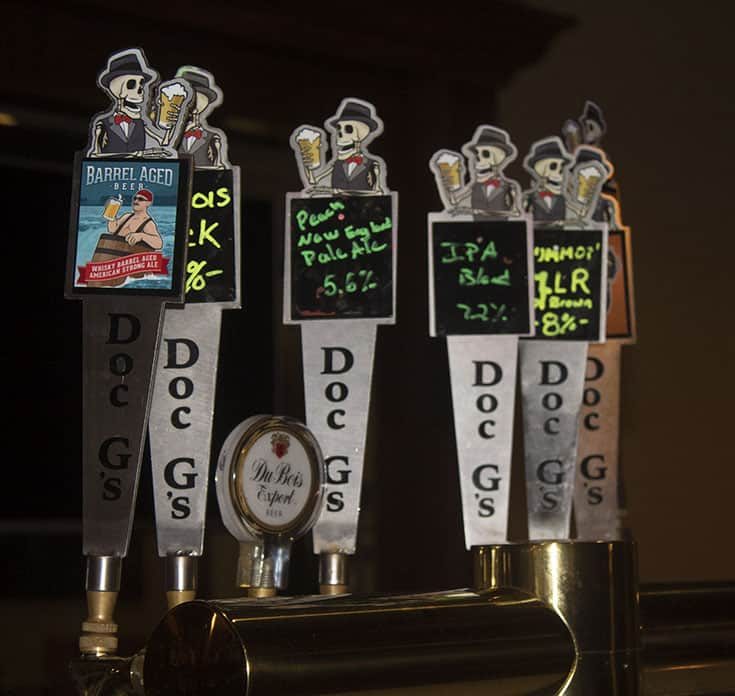 Welcome to Doc G’s in Dubois Pennsylvania. The locals all know the stories of the DuBois Brewery. but I had not heard of it, at least not until November 2017. It all started with the legend of the Jefferson Line Saloon. Apparently, this was the first local tavern established around 1830 and was located on the Jefferson and Clearfield County lines, hence the name. Word on the street says that the Jefferson Line Saloon was a rough and tumble place. At the door you were asked if you had any weapons. If the answer was no, you were issued one!

Well fast forward to modern times and we have Doc G’s Brewing Company.  An amazing local business hoping to produce its own stories and legends. With local support and a booming tourist trade it is hoped that  100 years from now people will write of the small company that brought the tradition of brewing back to DuBois. 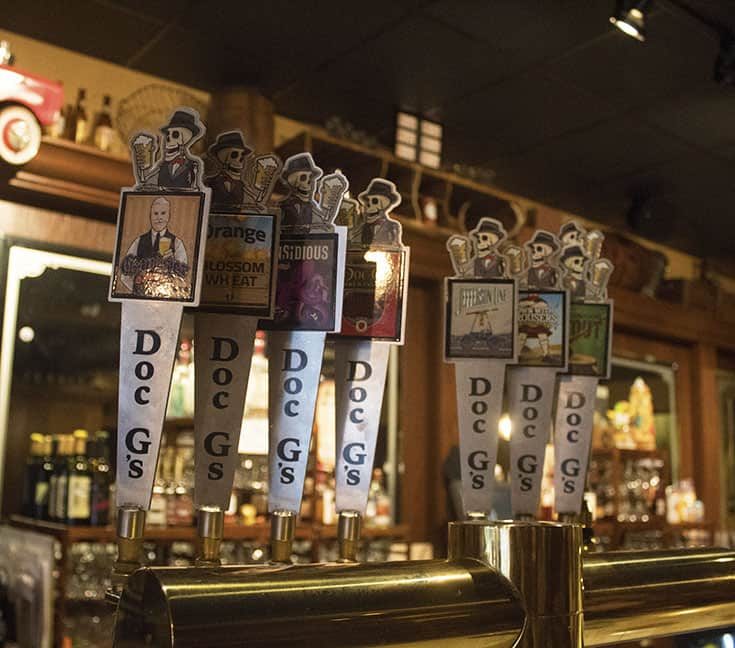 If you check out their website you will discover that long ago the core of DuBois was built around logging, mining, and beer. DuBois has a rich tradition of brewing but It had been decades since beer was brewed on an industrial scale in DuBois. The long dry spell has come to an end. Doc G’s Brewing Company was created by the husband and wife team of  Jeff and Jen to get DuBois back to its roots. Doc G’s is a place where great food, beer, and friends come together to create a true community gathering center.

Jeff and Jenn proudly adopted the mission that Doc G’s would be created with a community spirit in mind. They state that they strive to provide high quality food and beer in a family friendly atmosphere and I can tell you that is a statement of fact. They wanted  Doc G’s Brewing Company to be dedicated to become the heart of downtown redevelopment and it really does seem to be working.

Year Round they serve a variety of ales:

G-Wiser   5.5% ABV
A Czech style Pilsner made in honor of the original DuBois Brewing Company.  Easy on the palate, just how beer should be!

•   Down with Trousers   6.0% ABV
Whether you call it a Wee Heavy, Scottish strong ale, or a Scotch ale . It has a well-rounded malty profile and roasted biscuit-like notes.

•   Hardwood Stout 7% ABV
A Belgian style stout brewed with a combination of American and English hops and six different malts for a symphony of flavors including bitter/sweet chocolate, roasted coffee, raisin, with a soft black pepper finish.

A fruity, juicy, overtopped double IPA. Brewed to be closer to a northeast style rather than a west coast style.  Not too bitter, but juicy with an aroma of pineapple, apricot, mango, and citrous.

They also offer a variety of seasonal delights but I think you should actually visit their site to see what they have. 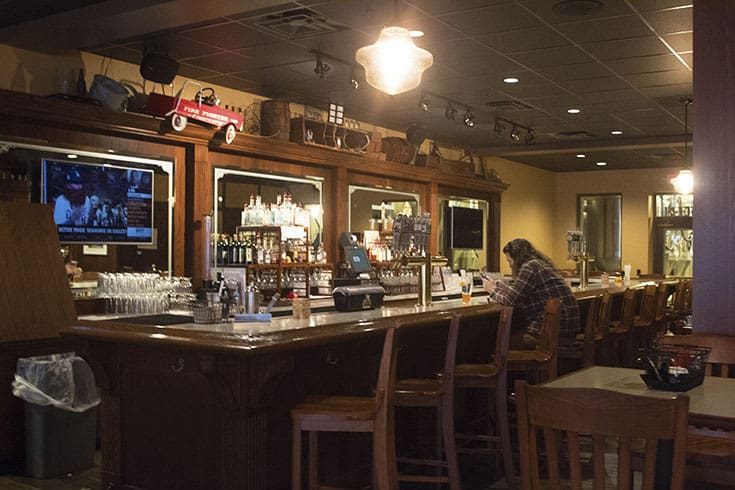 The main bar/Restaurant was lovely and at the very end you can catch a glimpse of the brewing section. Stainless steel vats always catch my eye.  The art work includes all of the Beer posters which are unique. They provide a glimpse into the tasting notes described by the brewers. 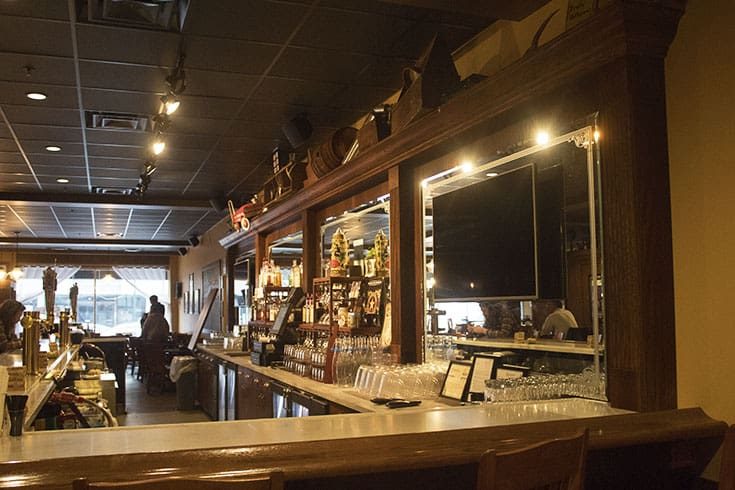 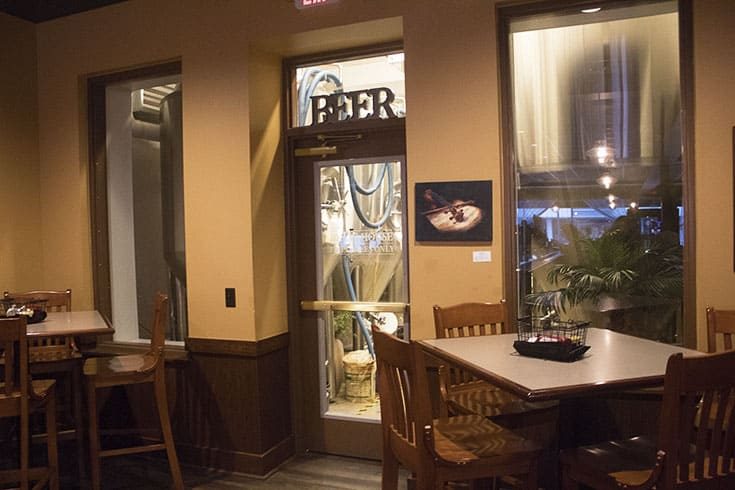 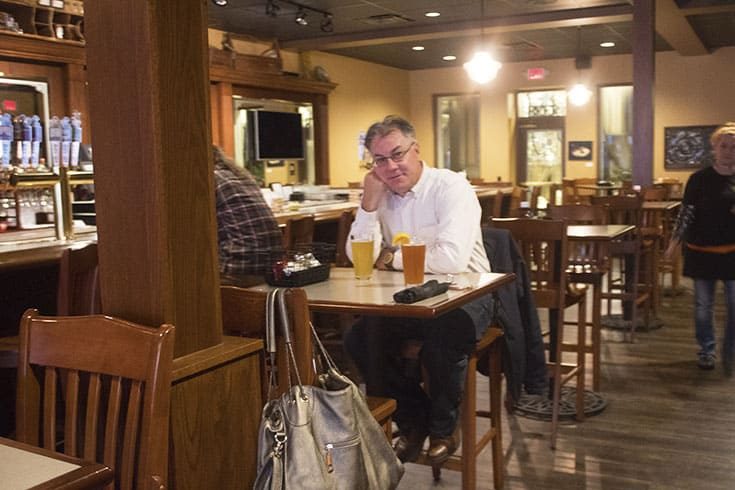 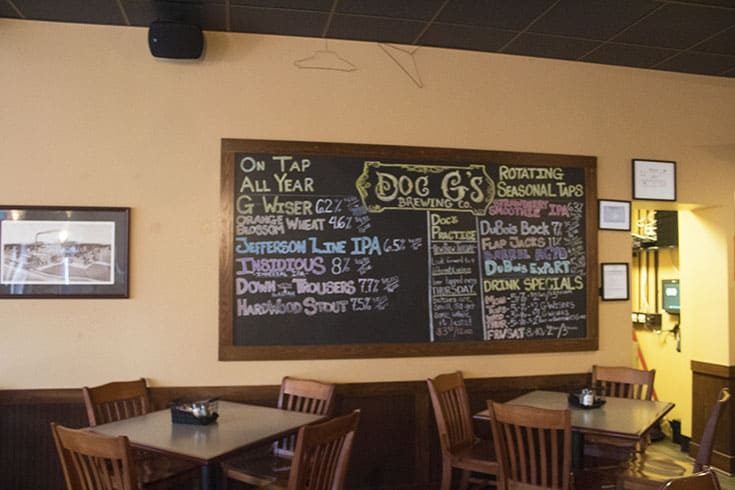 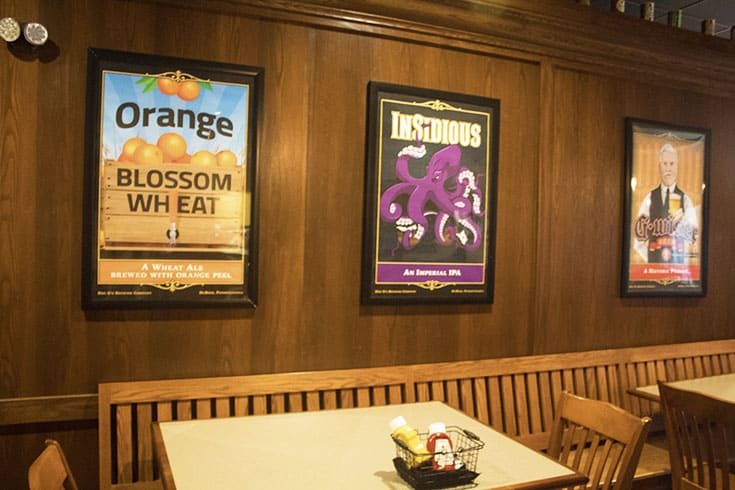 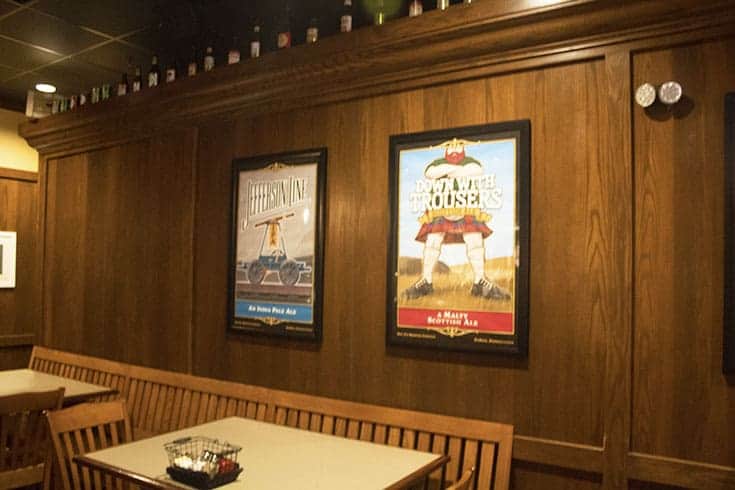 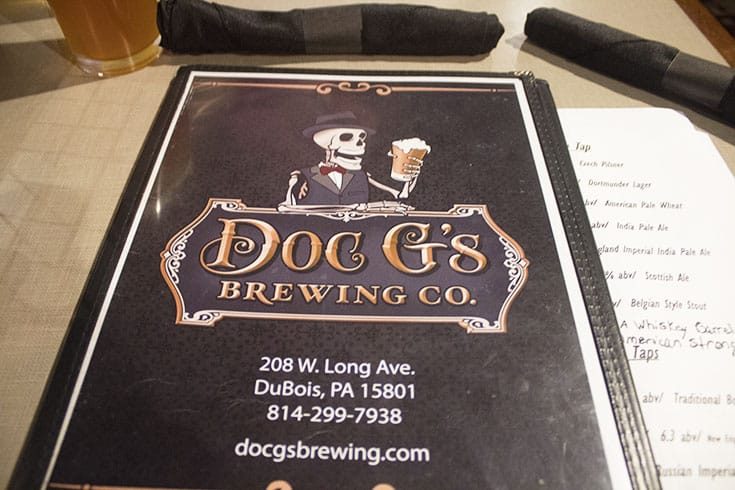 We stopped in for a quick bite and of course a brew after a day out sightseeing.  Coincidentally it was the day they were celebrating Halloween so we had the place almost to ourselves for a bit. It is family friendly yet perfect for couples and or just a Gal/guys night out.

We decided to split the Mega Pretzel with Beer cheese.  It was delicious, hot and salty and served with the most decadent dip you can imagine.  It seems this is one of their signature dishes as I noticed everyone ordering it.

We then decided to split the burger and I was very happy with that decision.  It was one of the best burgers I have tried but holy hannah huge and flling

An overall very delightful experience and a place I recommend you try.  Plus in the spirit of building community they obviously had a selection of Blackbird Distillery Moonshine and several local Wines. 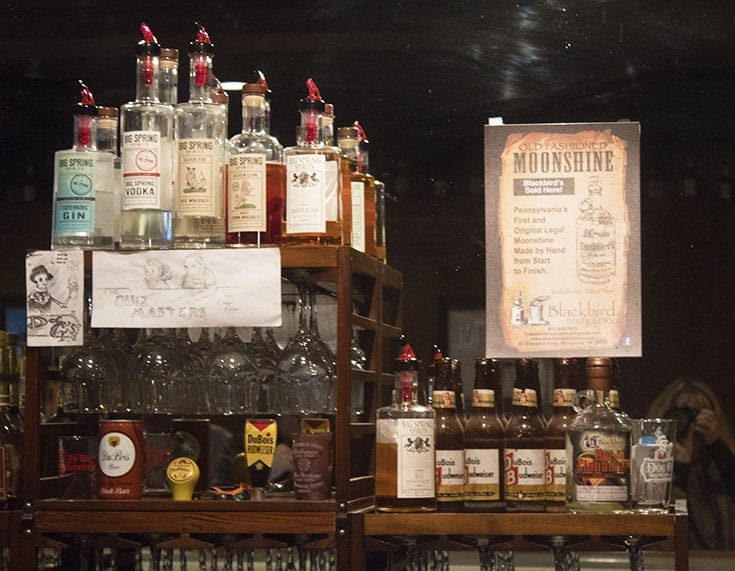