Home » USA Travel » How our Trip to Epcot was an Epnot 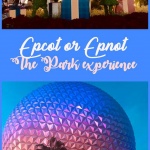 Our trip to Epcot was an amazing family day but truth be told not our favourite park. Now I am not sure if it’s time of year or expectations were off but this is currently not on our must repeat list.  I wonder if we did not do enough research or we truly have different ideas than others but Epcot became an Epnot for this group.  Now I normally am not a negative blogger but I do try and provide an honest review.  This Theme Park unfortunately was not on the same level as many of the others we have visited. 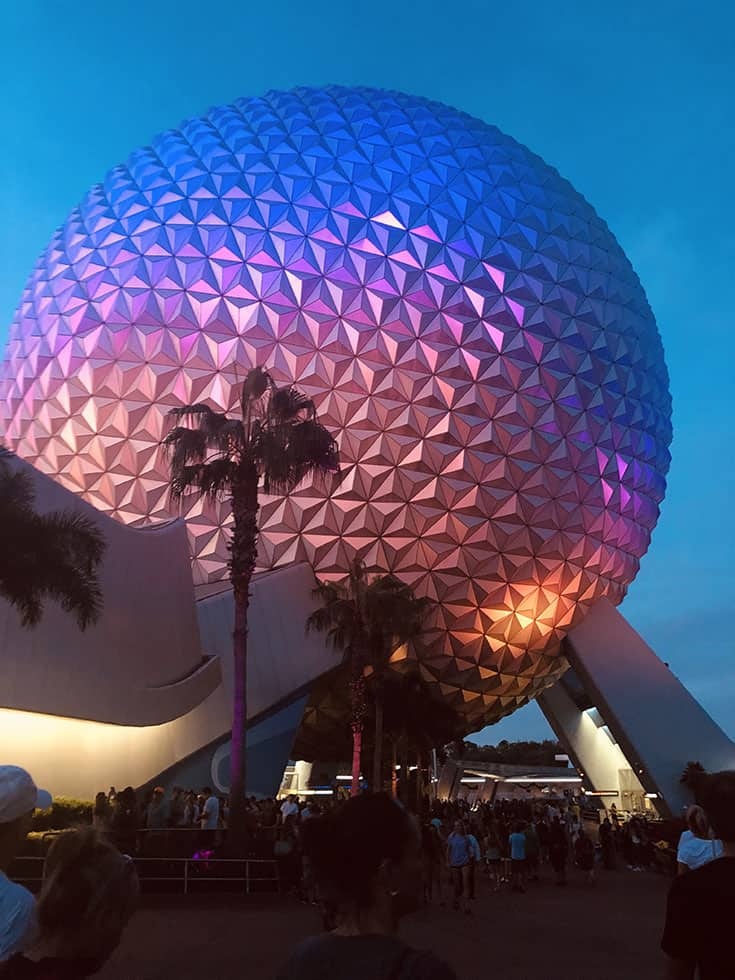 Our day at Epcot honestly was a good day with the exception of the fact it cost an exorbitant amount. Add to that the fact that the cost of beer and food in all the countries was not discounted at all.  Hard to believe I was still in America based on beer prices.  That sounds a tad harsh I do understand but to pay the equivalent of 745.00 Canadian to walk around and then pay a steep price to eat, drink and shop did seem extreme.  On a normal day Epcot is 109.00 USD but on January 2nd it was 129.00USD. Apparently it went as high as 149.00 during the Holidays.

On the 2nd  the lines at the few rides were at a minimum 70 minutes long even at 10:00 A.M. No matter we thought we were heading around the world to see the sites and sample their wares. We believe a day is what you make it, so we still had fun but good lord it was not a 1200.00 day.  Actually it was a 1200.00 day just totally not worth that price. We could have booked additional flights to Orlando for all of us for what we paid at this one park. 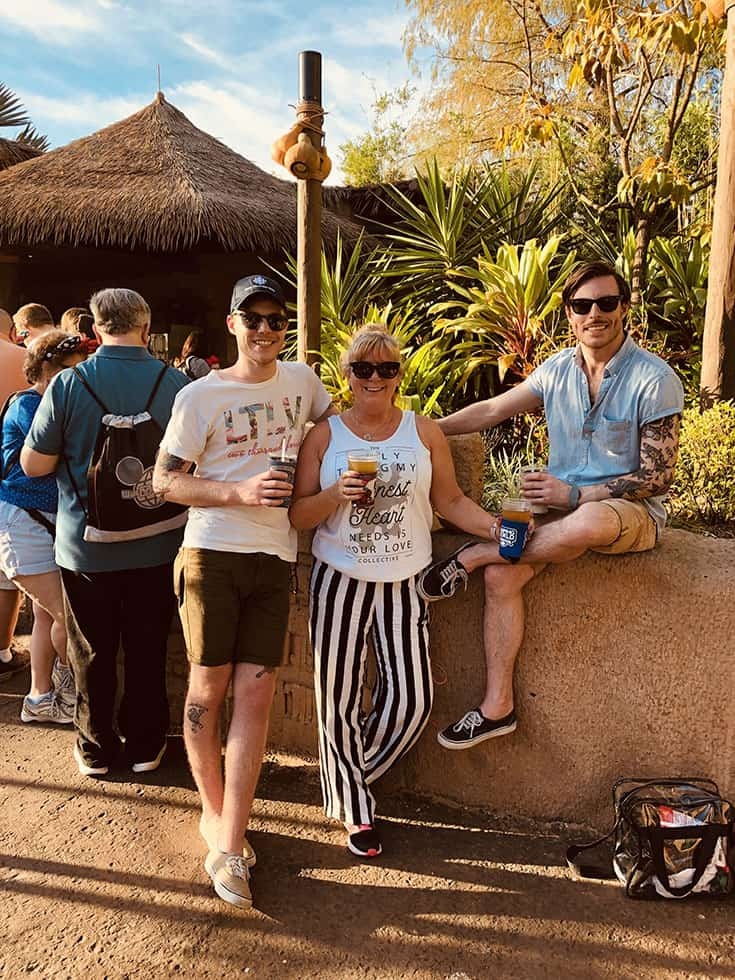 What we Missed at Epcot

In hind site maybe a bit more research may have helped plan the day better.  Now that I am back in Canada ( FYI not the place depicted in the 360 at Epcot) I have checked into other peoples recommendations.  Of all the places recommended as most visitors top 4’s we did get to Spaceship Earth, fyi not my top 4 for sure.

Sadly I am sounding like a negative Nellie here but I am feeling the need to be frank. I promise it was not all bad but I don’t think I will go back.  This coming from the Gal that has hit Universal too many times to count.

The Top 4 Attractions at Epcot

What we did at Epcot

We actually did travel the World Pavilions.  We started at Canada and went around the world sampling their wares. Where ever there was a show we went in. We tried the beer, we sampled the food and we talked to the cast members. 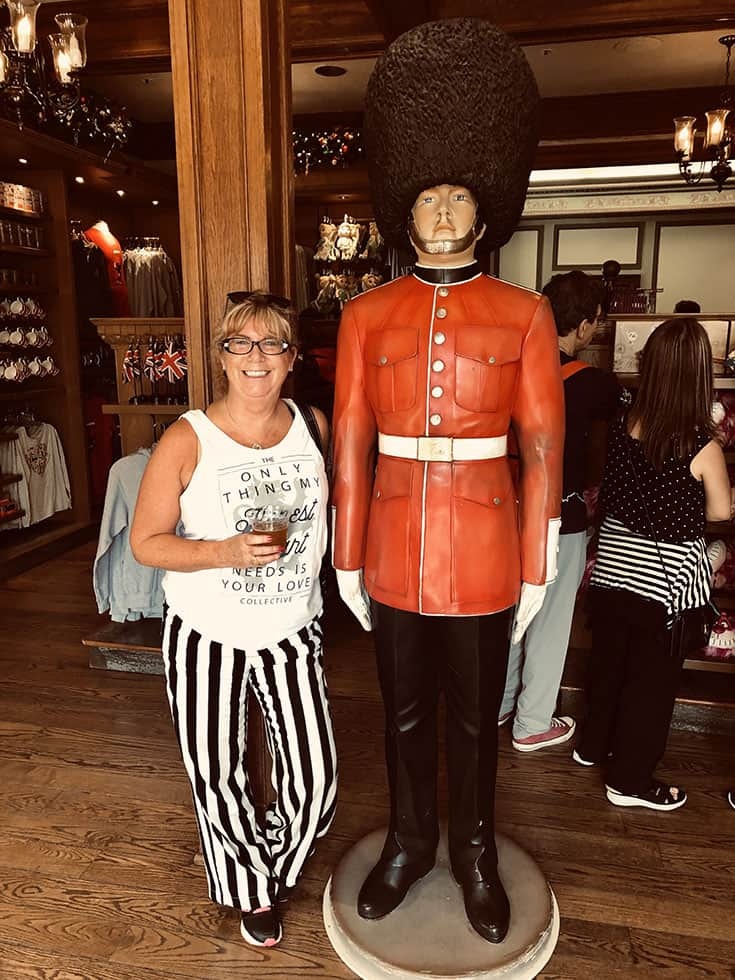 Stay tuned for Epcot, the Good, the Bad and the Ugly where I discuss what we loved, hated and what we would change. It was not all bad but honesty this is not a park that should be charging the same as Disney or Universal.  To quote Nic, this is the Park Disney forgot. 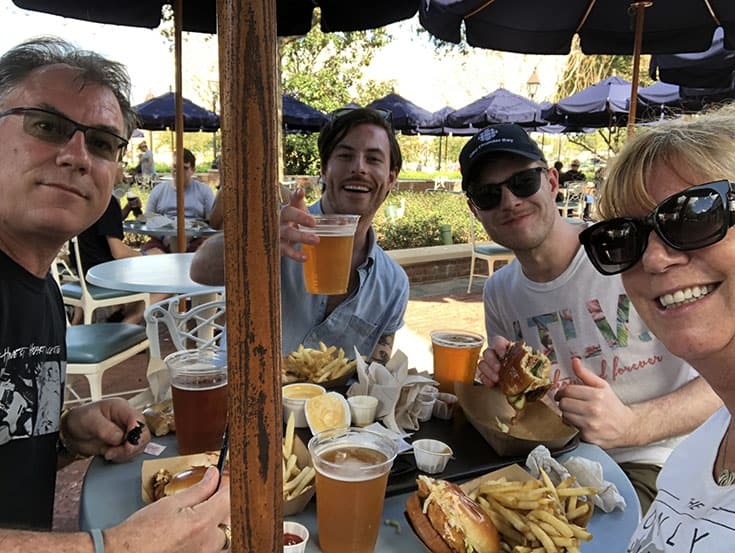 Also very important tip if you are under 30 make sure you carry a picture of your passport or you will not be allowed to drink at this park.  I had never experienced this rule at any other park but Epcot requires you have your passport or they will not serve you.