Home » ONTARIO Travel » Moon Season at the Museum of Nature 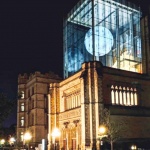 If you follow me on Instagram you know that I recently went to the Pterasaur Exhibit at the Canadian Museum of Nature.  I promise that post is coming soon but guess what?  There is another fantastic exhibit happening now. The Canadian Museum of Nature is celebrating the 50th anniversary of the first manned lunar landing with an exciting “moon season” of exhibits and activities, ranging from a giant, suspended Moon to a real moon rock.

“The Apollo 11 lunar landing and moon walk represented an amazing milestone in human progress and exploration,” says President and CEO Meg Beckel. “It’s fitting for us as a natural history museum to celebrate the moon; it controls the ebb and flow of our oceans through tides, and it’s visible to the naked eye, a reminder that our planet is part of a larger universe.” 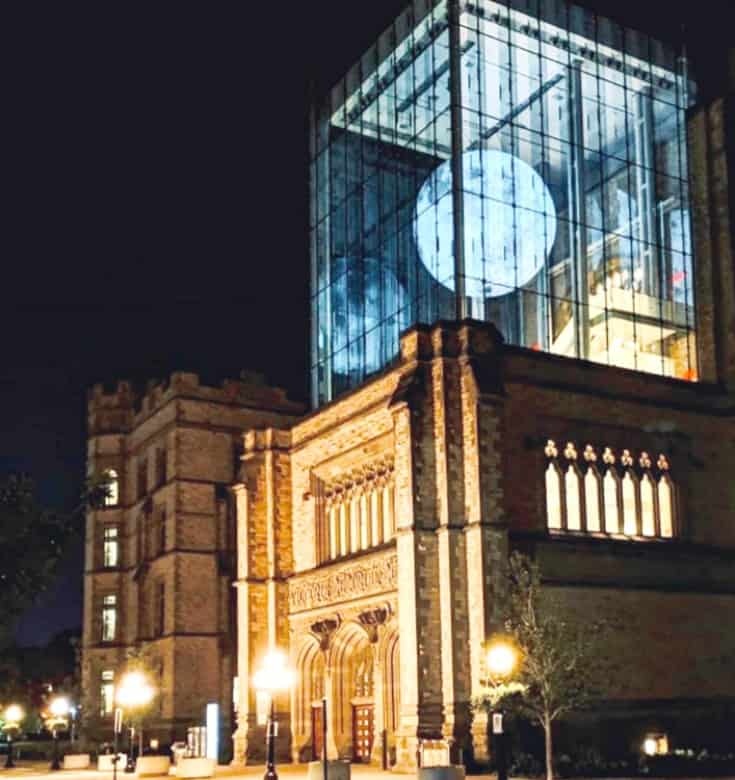 Moon at the Museum

The most visible component of the “Moon at the Museum” season is a recently-erected “Supermoon” in the Queens’ Lantern. It is replacing the popular inflated jellyfish that graced the glass tower since 2014. Designed by British artist Luke Jerram, the seven-metre-wide inflated sculpture of the moon is one of only five in the world. 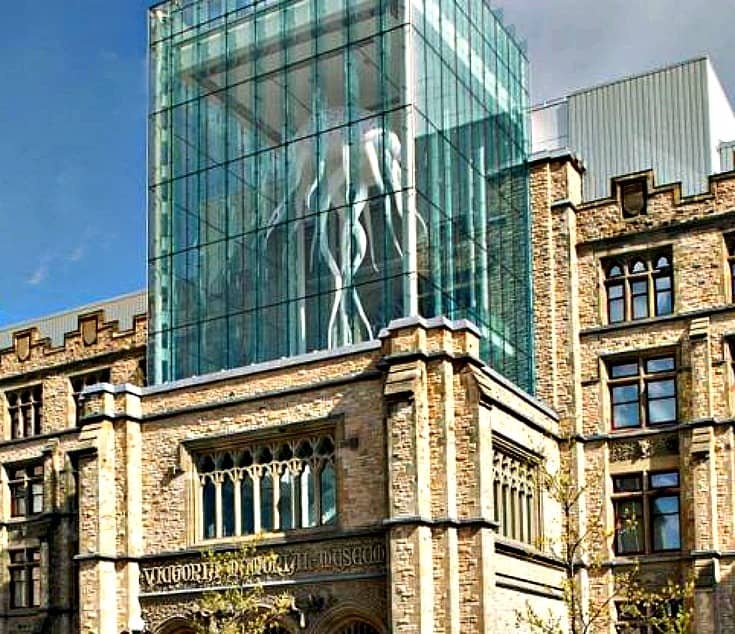 Showing the moon’s geological features in extreme closeup, Jerram crafted the detailed sculpture using high definition NASA imagery—each centimetre of the internally-lit sphere represents five kilometres of the moon’s surface. The moon’s craters, valleys, and hills will be on full display—especially at night when the sphere is illuminated. It will provide an amazing backdrop for many events, and will dominate the main dance area at the popular Friday-night Nature Nocturnes. 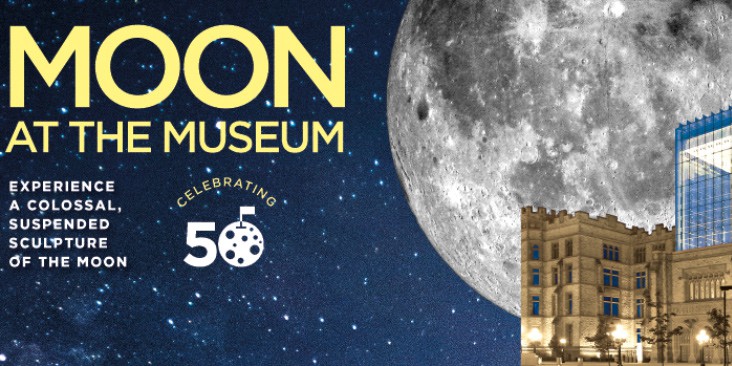 And to check out the real thing, visitors can head to the Earth Gallery to see a real moon rock from the 1972 Apollo 17 mission— the last time humans set foot on the moon. Astronauts Eugene Cernan and Harrison Schmitt collected what became to be known as the Goodwill Moon Rock.  The rock was found in the Taurus Valley of the Moon. It was later divided and presented to 135 countries around the world. 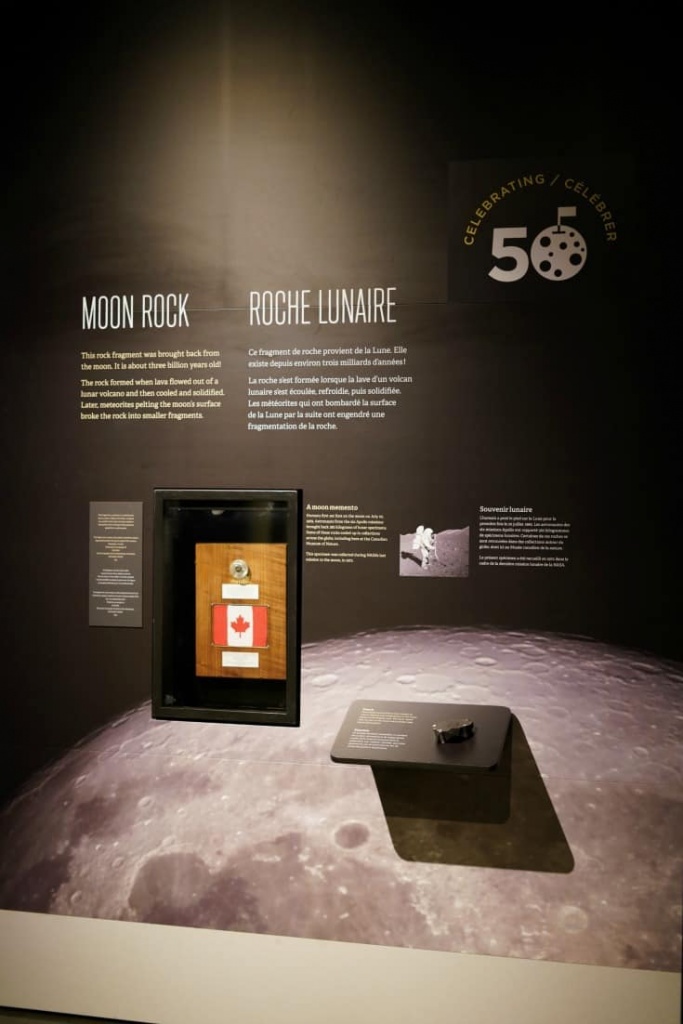 The museum’s Goodwill Moon Rock is charcoal-coloured lunar basalt and about one centimetre wide. It’s encased in a plexiglass sphere mounted on a wooden plaque adorned with a Canadian flag and an inscription that reads: “Presented to the people of Canada / From the people of the United States of America / Richard Nixon / 1973.”

“The geology of the moon is fascinating because it gives us a chance to look at the planet-forming process in the early solar system,” says Glenn Poirier, geologist at the Canadian Museum of Nature. “Because the moon is so small, it cooled relatively quickly and preserved its early history. Bigger planets like Venus, Earth and Mars, developed plate tectonics to some degree and erased the record of their formation. On Earth, rocks older than 3 billion years are exceedingly rare; on the moon there is almost nothing younger than 3 billion years.”

Space aficionados can delve further into planetary and lunar science at some special events this summer. On July 18 at 7 pm, a panel of speakers will share their thoughts on the lunar landings.

Walk on the Moon

On July 20—the anniversary of Neil Armstrong’s and Buzz Aldrin’s historic walk on the moon—there will be a full-day of programming, with a highlight at 1 pm as the museum welcomes astronaut Jeremy Hansen from the Canadian Space Agency. Visitors can join him as he tunes into a live YouTube chat between astronaut David St-Jacques. He recently returned from the International Space Station, and former astronaut Bob Thirsk.

Also that day, right under the giant Moon in the Queens’ Lantern, visitors can talk with scientists about moon geology, meteorites, and botany in outer space. There will also be partners on site with information about STEM activities and initiatives such as Tomatosphere, which engages students in real scientific processes to learn about growing plants in space.

A must-see is the stunning exhibition, Michael Benson’s Otherworlds: Visions of our Solar System. It presents 41 spectacular images of celestial bodies, including amazing ones of the moon. Accompanying the show, which runs until September 2, is a soundscape called “Deep Space,” produced specifically for Otherworlds by British ambient-music composer Brian Eno.

Check out theRed Couch Tour for more spectacular exhibits at the Museum.

Visit nature.ca for details about the events. Keep an eye out for more cool activities this fall including a “Harvest Moon” adult sleepover in September.  Plus music under the moon in October. Follow for the hashtag #MoonattheMuseum on these social media channels: Twitter (@museumofnature) and Instagram (museumofnature). Follow the museum onfacebook.com/Canadianmuseumofnature. The Canadian Museum of Nature is located at 240 McLeod Street in Ottawa.

Food Advertisements by
Please note that some of this site’s links are affiliate links, and alabouroflife.com is a participant in the Amazon Services LLC Associates Program, an affiliate advertising program designed to provide a means for us to earn fees by linking to Amazon.com and affiliated sites. At NO ADDITIONAL COST TO YOU, I will earn a small commission, if you purchase them. Please note that these are products I know/use and recommend to my customers. I recommend them as they are good products.
47 shares