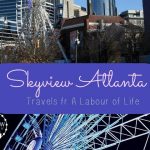 I mean honestly just look at the Atlanta SkyView Ferris wheel on this gorgeous day. Full disclosure it was frigid but sunny. Poor Atlanta got hit with a Canadian Cold while we were there.

Oh My Lanta or actually Hello Atlanta. Please excuse the Full House reference but I just could not resist.  It’s been a week since we returned from Atlanta and I realized holy moly I have not shared all the glory that is this beautiful city. 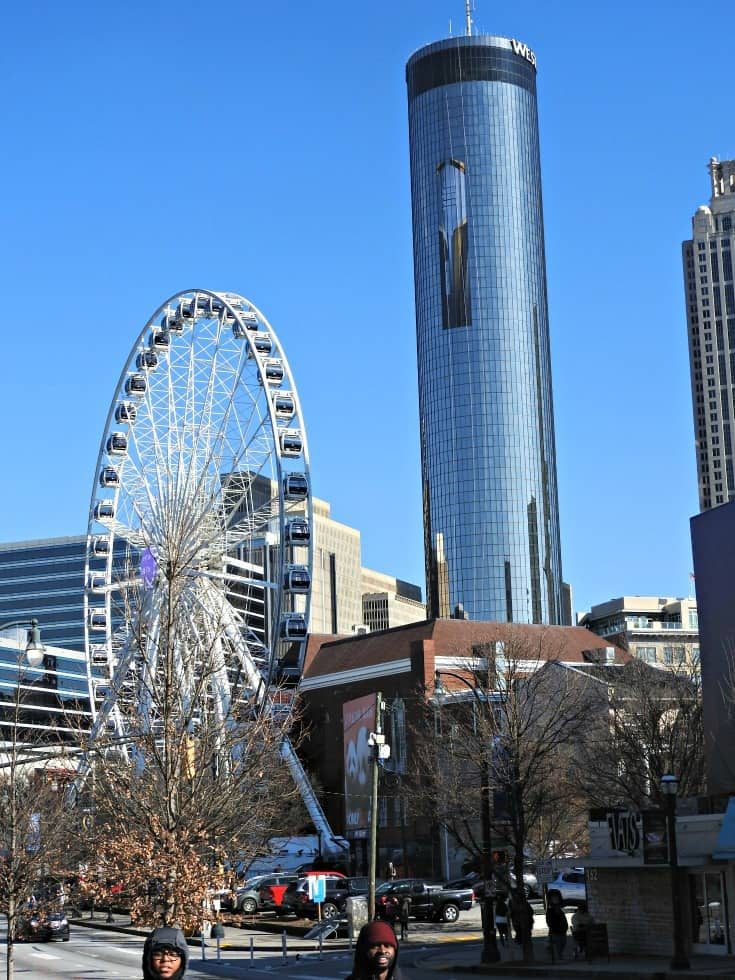 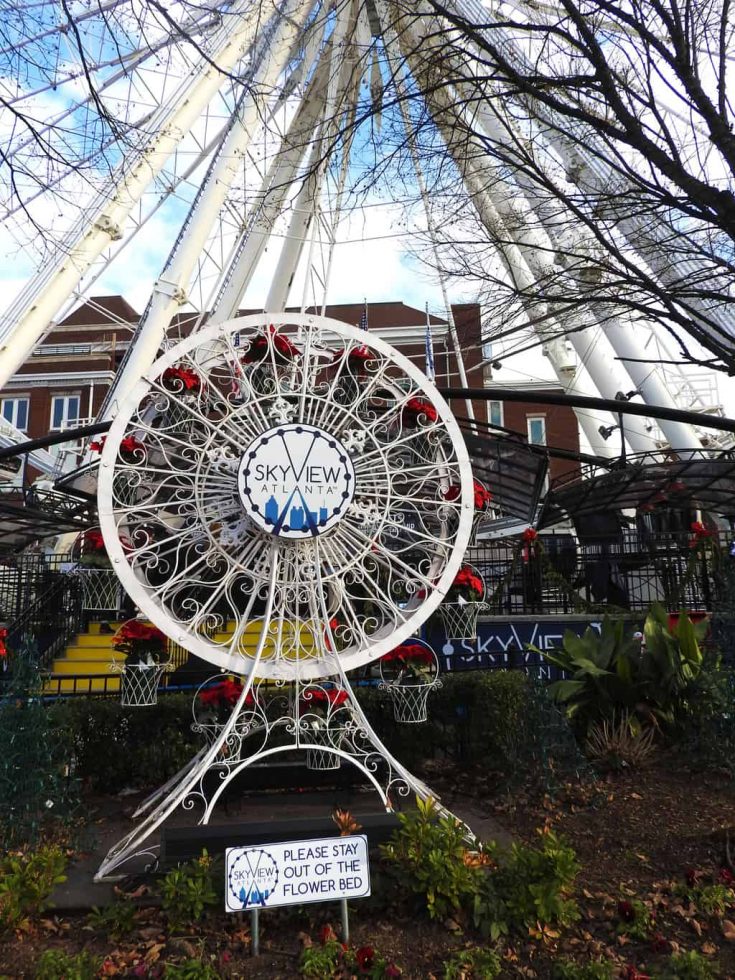 Peach Bowl was just the Start

Yes we did head to Atlanta for the Peach Bowl but it was also an opportunity to explore another great city, oh yea and see Moon Taxi. All kidding aside, it was a beautiful city and she gave me a heck of a workout.  Very hilly. I had heard that Atlanta was full of rolling hills and dense tree coverage but I did not realize the rolling part was city center.  This little/large city in a forest lives up to its name.

Its amazing that a city that was burnt to the ground in the Civil War could rise from the ashes in such a positive way. From the civil rights movement in the 60’s where Atlanta was known as the organizing center to current day it is often referred to as the city too busy to hate.  I love that and honestly my experience showed such a diverse city that I wish more city’s would emulate.

Things to do in Atlanta including Centennial Olympic Park

There is no shortage of activities in Atlanta. Sports, well Baseball, football basketball and soccer all front and center and with easy access. There are businesses to visit, sites to see and food to eat. Today however I just want to look. SkyView located conveniently overlooking  Centennial Olympic Park.  Centennial Olympic Park,  the continued legacy of the 1996 Olympic Games. It’s packed with history, architecture, quirky trivia and original music. 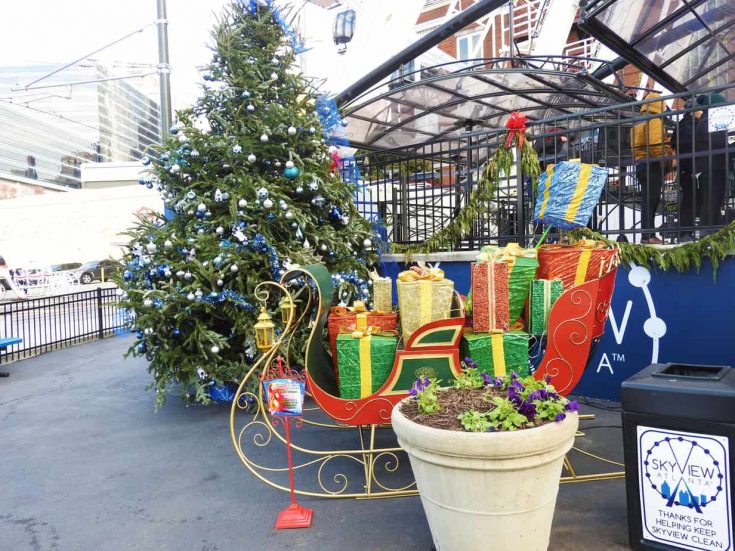 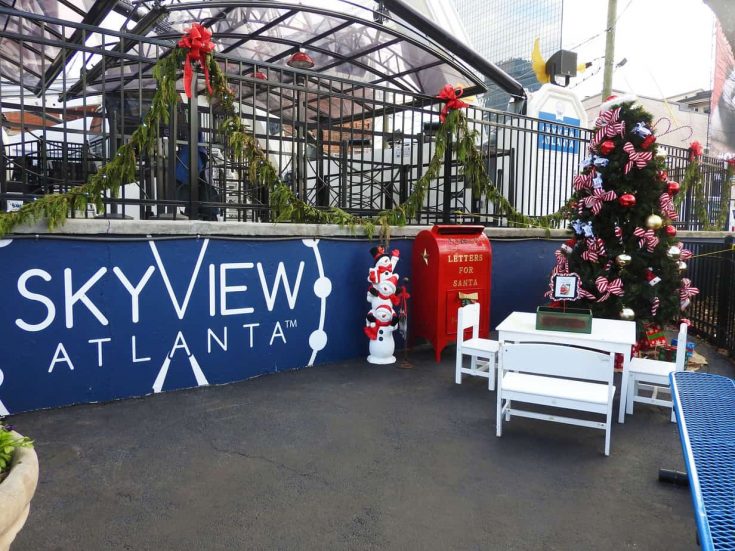 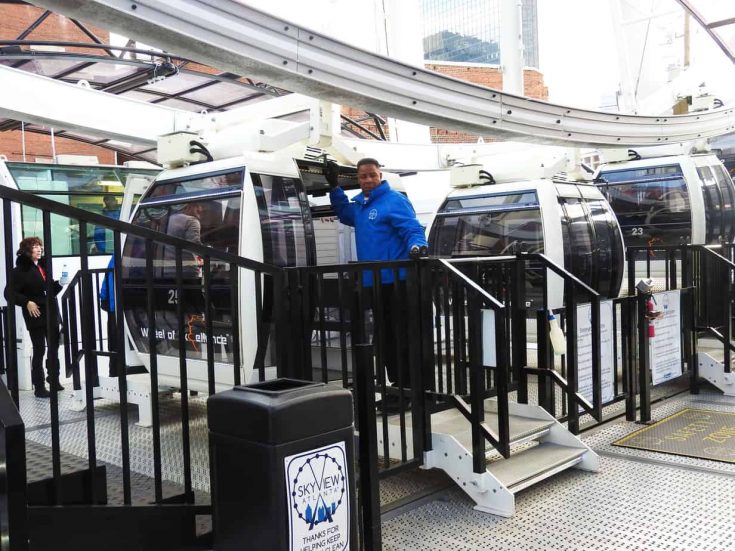 SkyView Atlanta towers nearly 20 stories above Centennial Park. The SkyView Ferris wheel features 42 climate-controlled gondolas allowing one breathtaking panoramic views of downtown Atlanta and the surrounding metropolitan area. Those looking for an even more enhanced experience will enjoy the VIP gondola. It features  Ferrari style seats, glass floor and a longer flight time. They are conveniently located just steps from many of Atlanta’s most popular attractions. SkyView Atlanta was the perfect compliment to our downtown adventure. 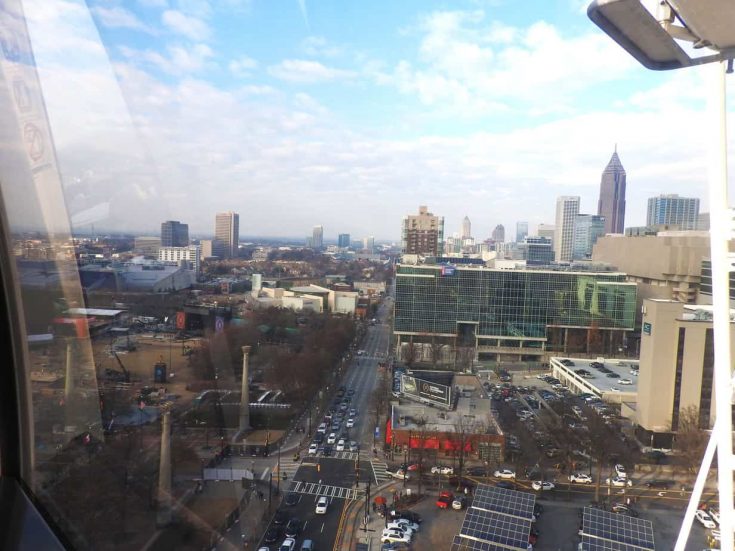 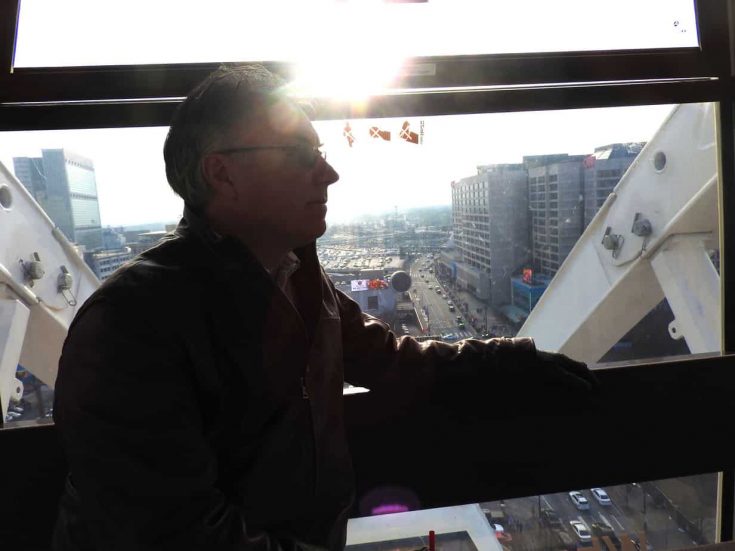 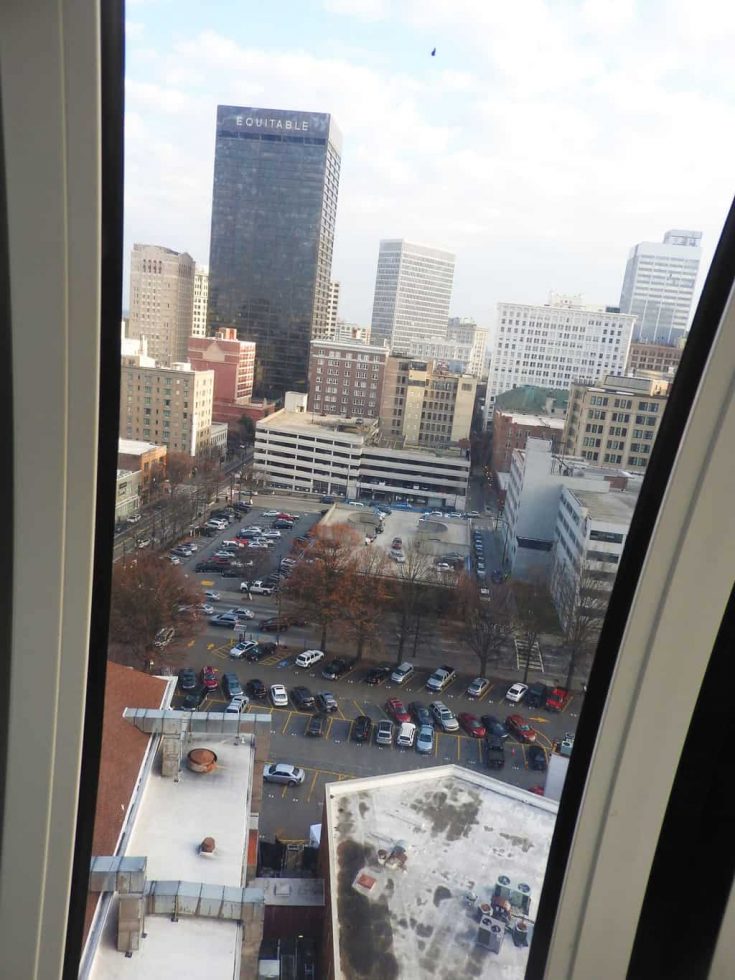 Sadly we were a week too early for the National Championship. We did get to watch them set up. A pretty unique view of the stage and grounds. Who knew one week later I would be sitting in my living room in Canada gazing at a park filled with fans. 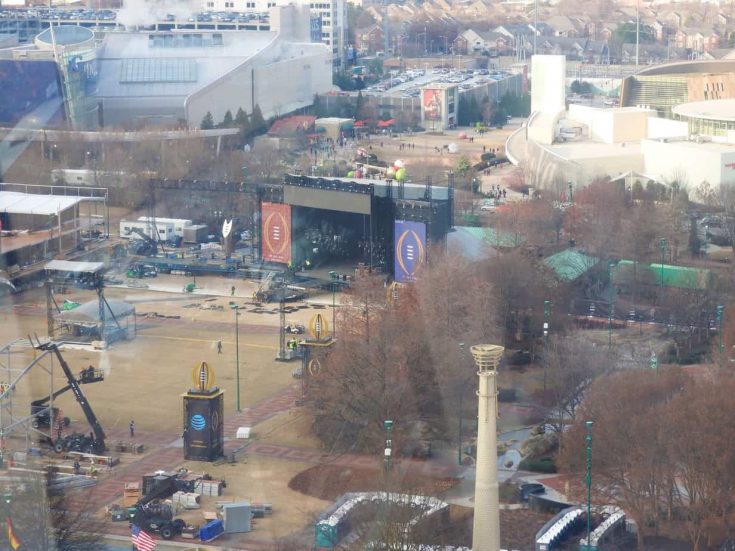 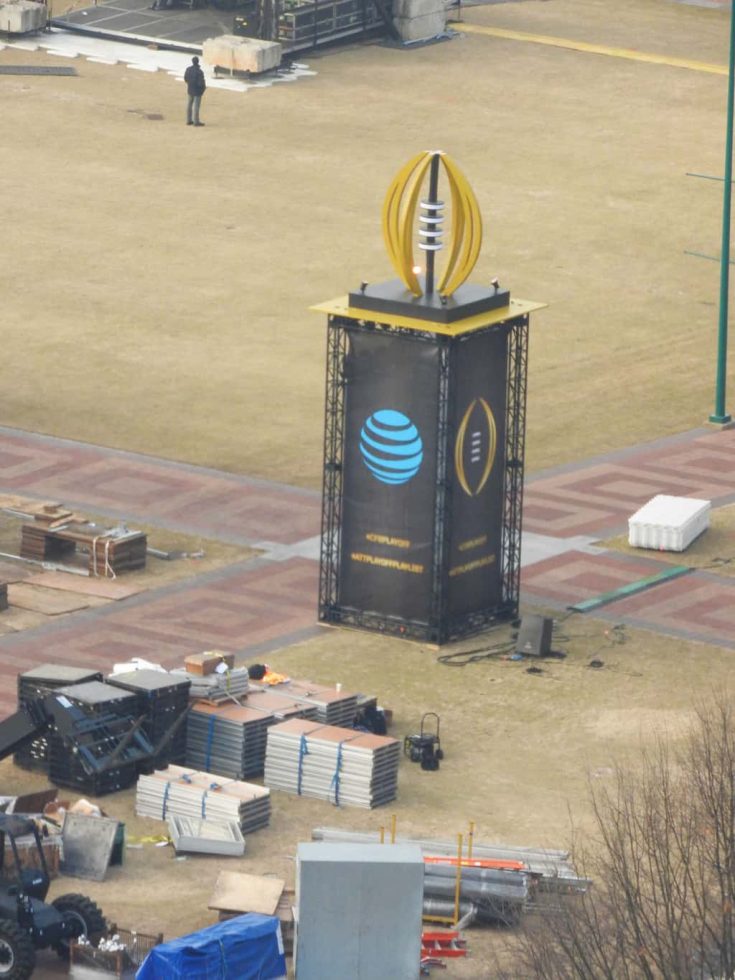 The park is surrounded by many major Atlanta Landmarks. The Georgia World Congress Center, College Football Hall of Fame, Philips Arena, the CNN Center, and Mercedes-Benz Stadium are all on the west side of the park. The Georgia Aquarium, National Center for Civil and Human Rights, and the World of Coca-Cola on the north side of the park. You can understand then why a ride on the Ferris wheel was required. A quick view of all of the sites.

In the middle of the park is the Fountain of Rings which is an interactive fountain. It apparently features computer-controlled lights and jets of water synchronized with music played from speakers in light towers surrounding it.Sadly it was to cold for me to stand around and wait for the music but I did get a great view from above.  It forms a splash pad that was designed for children to play in, and bonus for those of us who love outdoor concerts a fun place cool off in during music events. 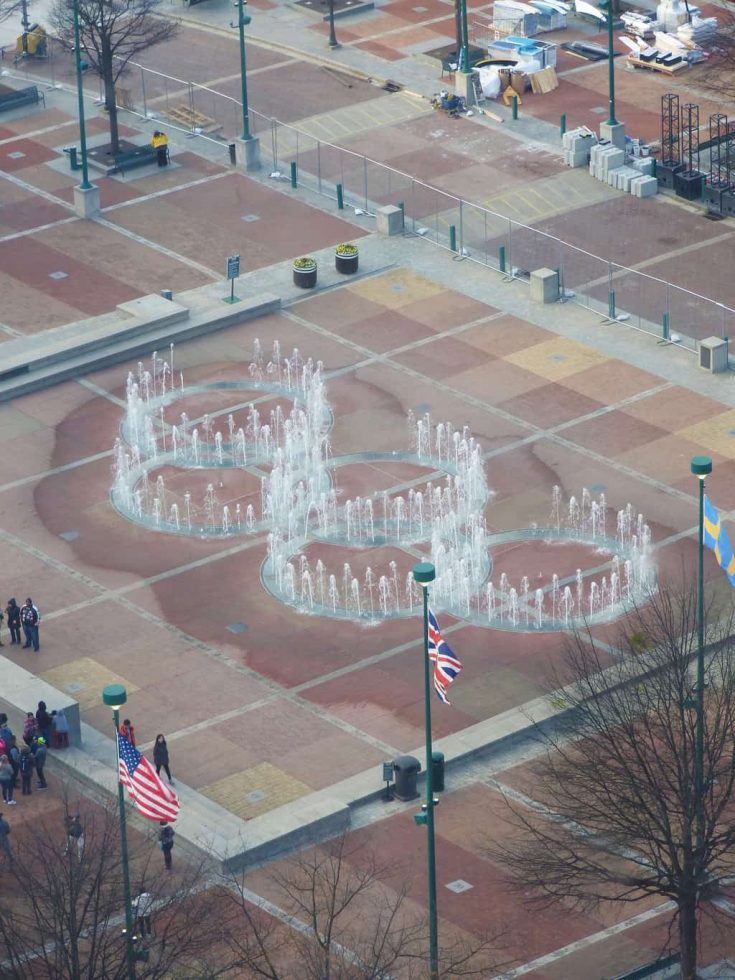 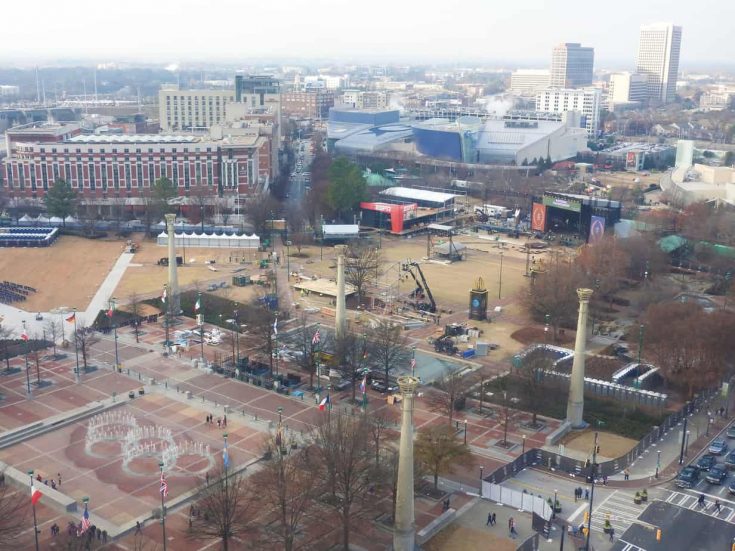 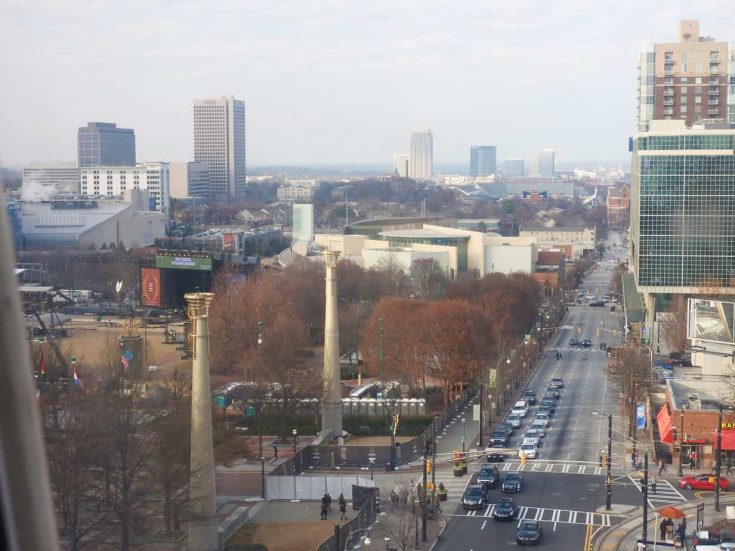 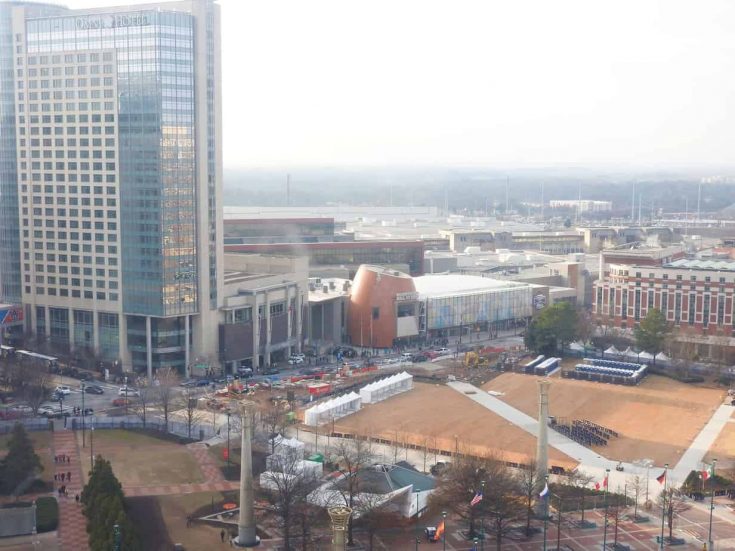 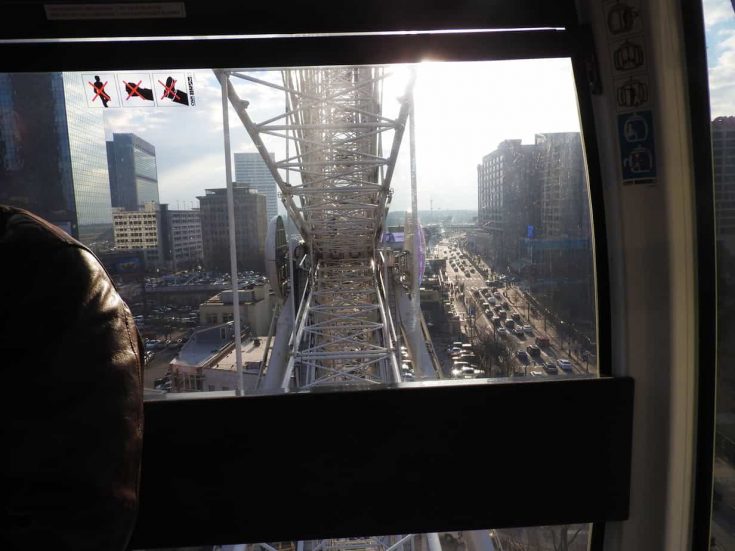 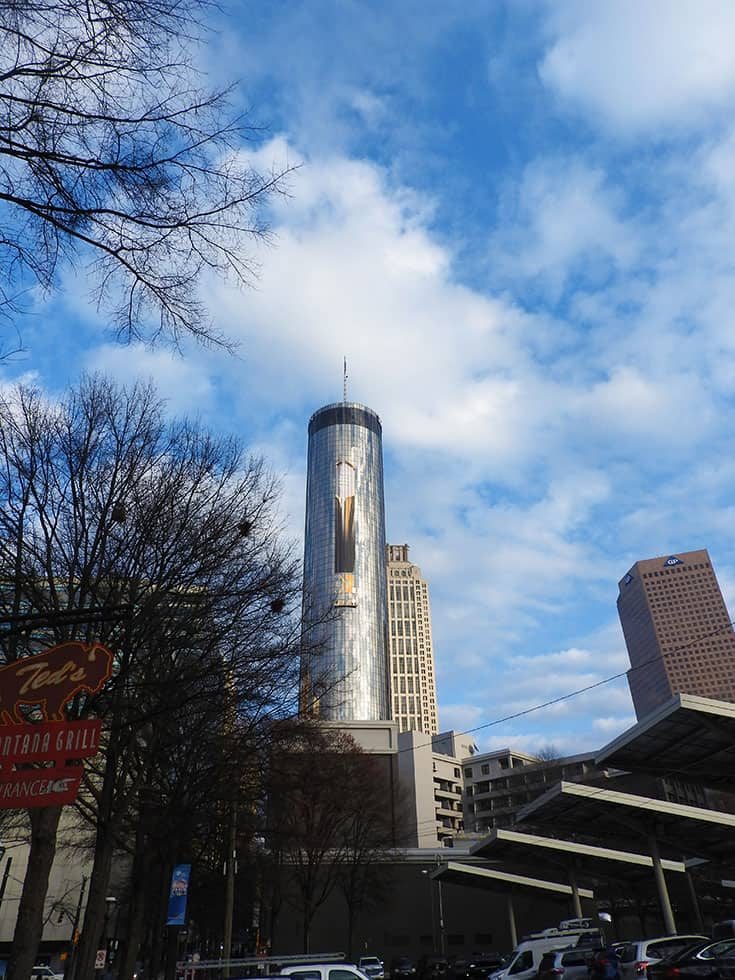 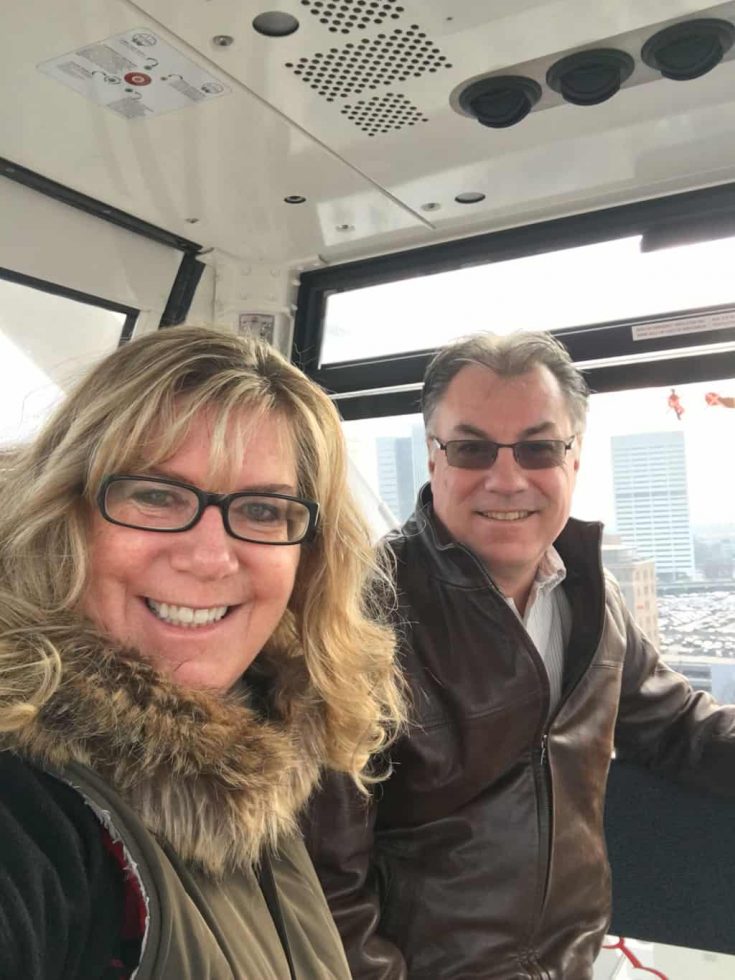 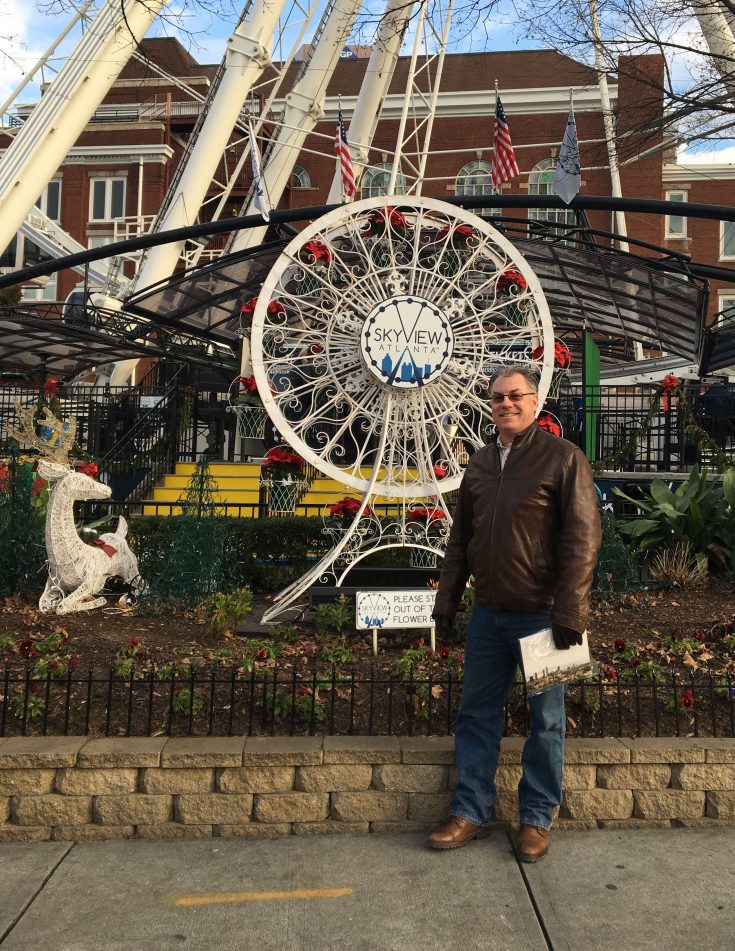 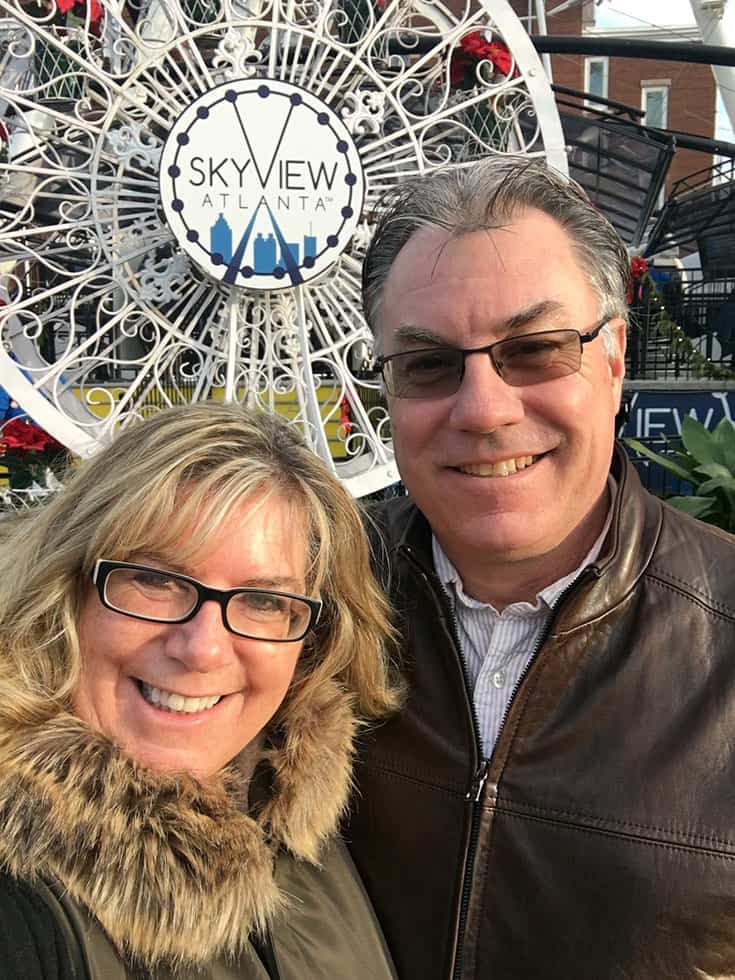 Have you been to Atlanta? Is it on your short list? I really loved this city and I hope to get back to see it in the summer.

Don’t forget to check out my Atlanta Series: SkyView and World of Coca- Cola. Coming soon CNN Tour, Mercedes Benz Stadium, College Football Hall of Fame and Stone Mountain. Plus How about Southern Distillery on our road trip there.

« SEO, Link Parties and an OOTD
Life is full of Checks and Balances and a few Edits »

Food Advertisements by
Please note that some of this site’s links are affiliate links, and alabouroflife.com is a participant in the Amazon Services LLC Associates Program, an affiliate advertising program designed to provide a means for us to earn fees by linking to Amazon.com and affiliated sites. At NO ADDITIONAL COST TO YOU, I will earn a small commission, if you purchase them. Please note that these are products I know/use and recommend to my customers. I recommend them as they are good products.
59 shares