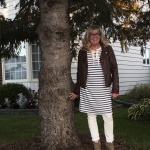 Here is my weirdness personified, White Denim.  OK now you are totally curious right? How is white denim a symbol of weirdness?  I seem to only ever wear white denim after Labour Day. I swear I can hear my grandmother yelling at me over that one, white after Labour Day is a big no-no.  Another of those weird fashion rules that none of us now why. 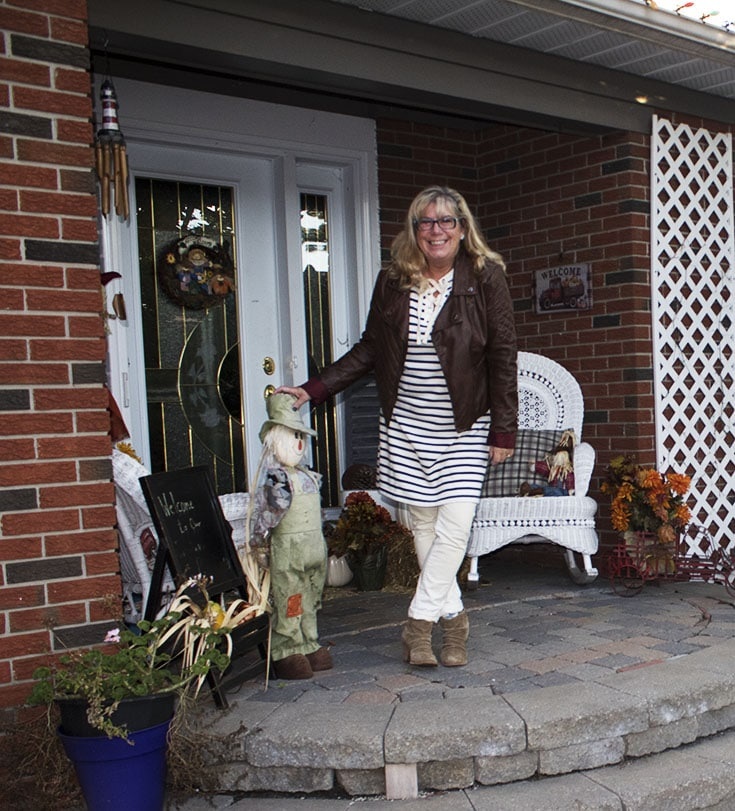 Can You Wear White After Labour Day

While no one is completely sure exactly when or why this fashion rule came into effect, it seems it may be all linked to nothing more than snobbery in the late 1800s and early 1900s. A way for the uber rich to differentiate between the “nouveau rich”. Creating fashion rules were the signals to others of who really mattered in their circles.

Not wearing white outside the summer months was another one of these silly rules. White was for weddings and resort wear, not dinner parties in the fall. Of course it could get extremely hot in September, and wearing white might make the most sense, but if you wanted to be appropriately attired you just did not do it. Labour Day became a federal holiday in 1894, and society eventually adopted it as the natural endpoint for summer fashion.

or maybe you want to think society was kinder and gentler and the white rule did not have negative undertones.   Some like to think it was a symbol of ” leisure wear” White was clothing the people wore when they went to their summer homes.  Returning to the City after Labour Day signaled a time to pack away the white summer clothes.

Which origin are you leaning towards?  Me I really do think the snobbery angle holds more weight. Now cool fact for you. Not everyone followed the White rule. Even some socialites continued to buck the trend, most famously Coco Chanel, who wore white year-round. But even though the rule was originally enforced by only a few hundred women, over the decades it trickled down to everyone else. By the 1950s, women’s magazines made it clear to middle class America: White clothing came out on Victoria Day and went away on Labour Day.

Just call me Coco cuz I am going to wear whatever the heck I want. 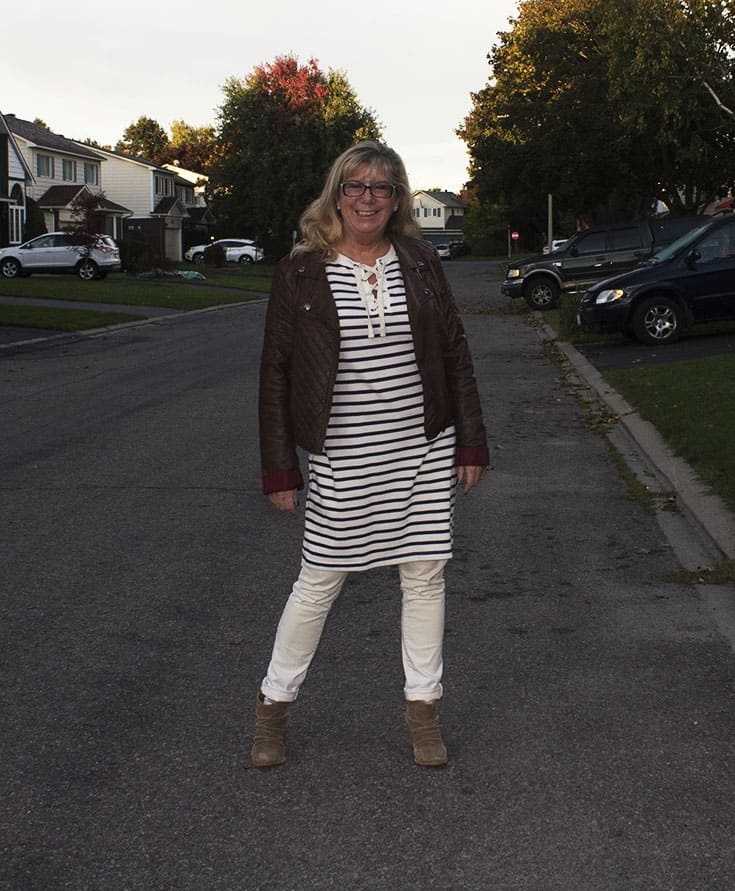 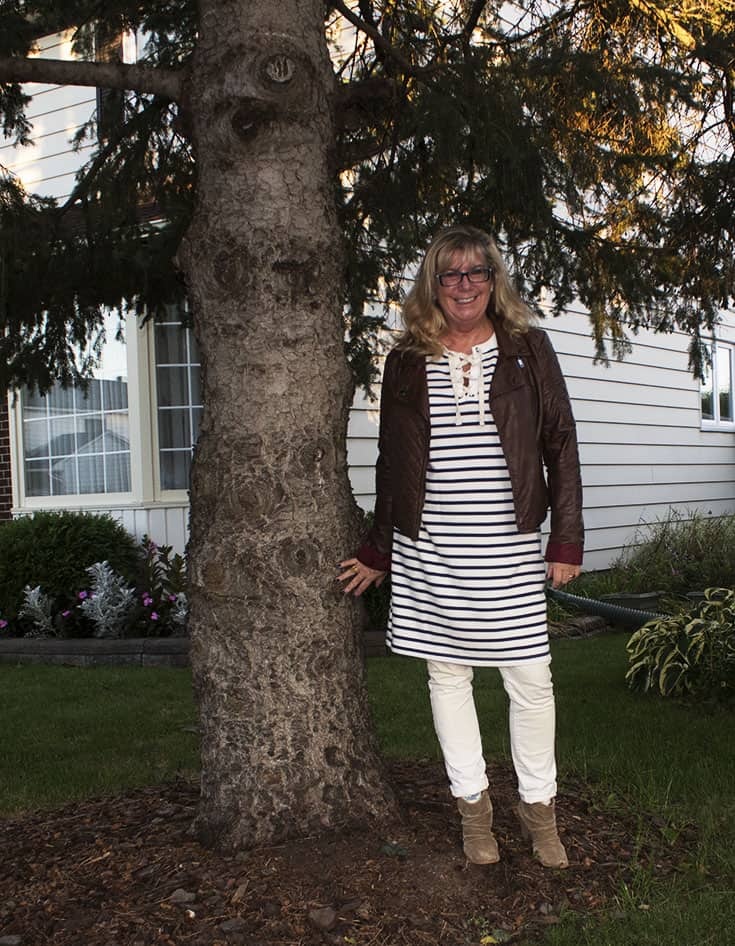 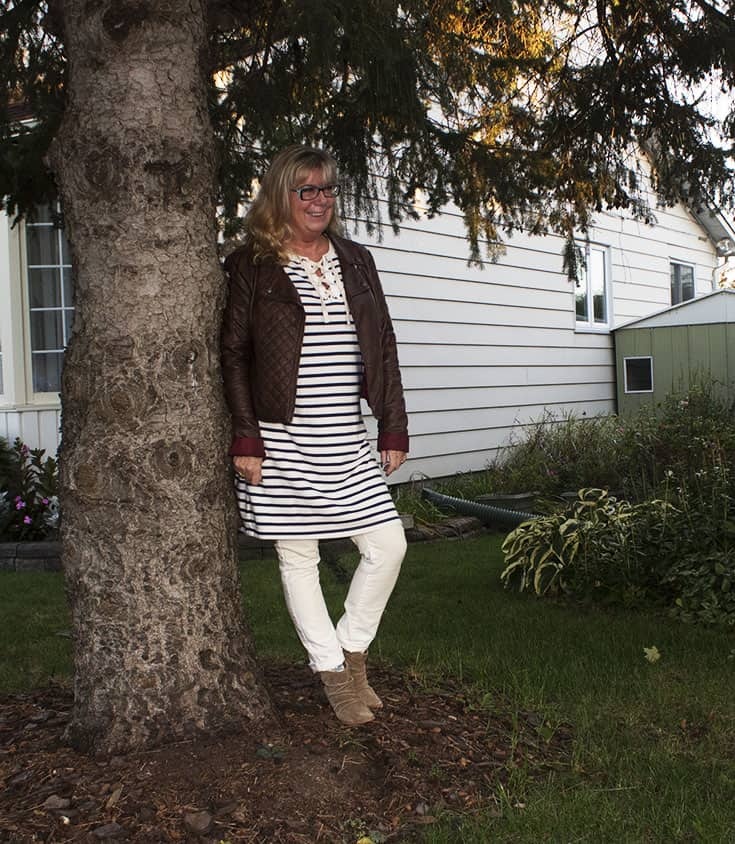 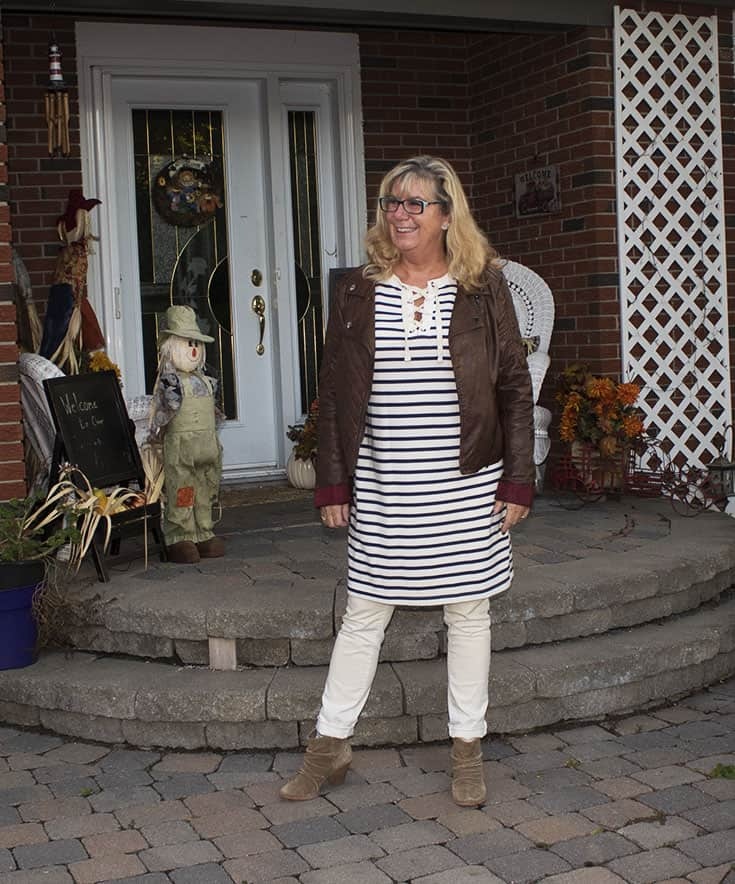 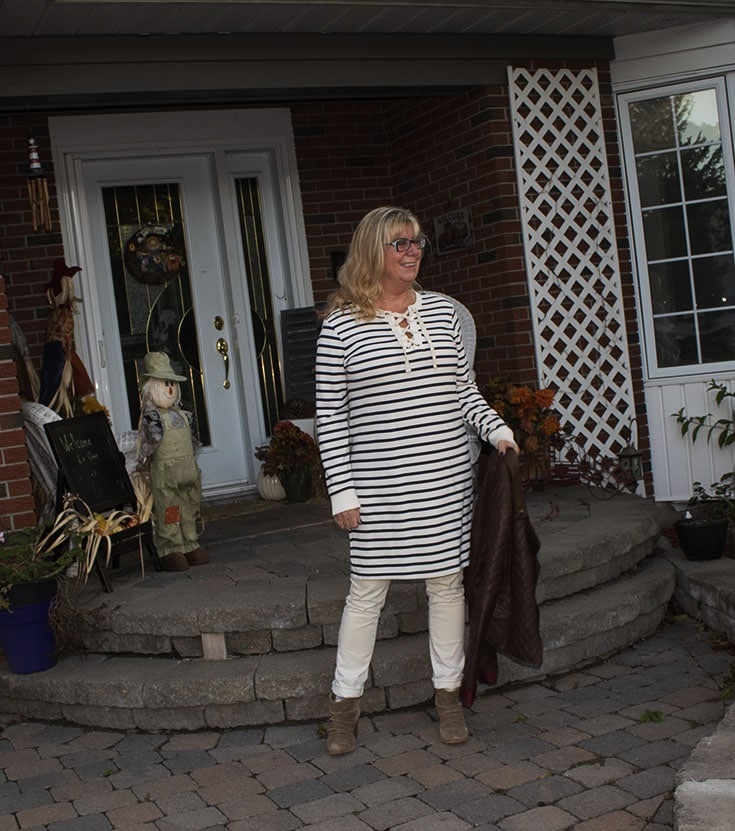 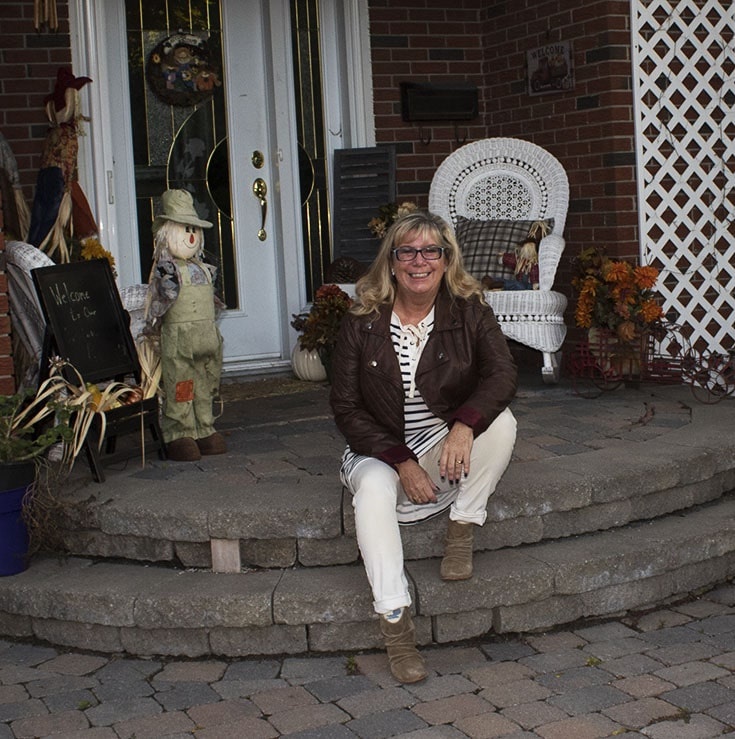 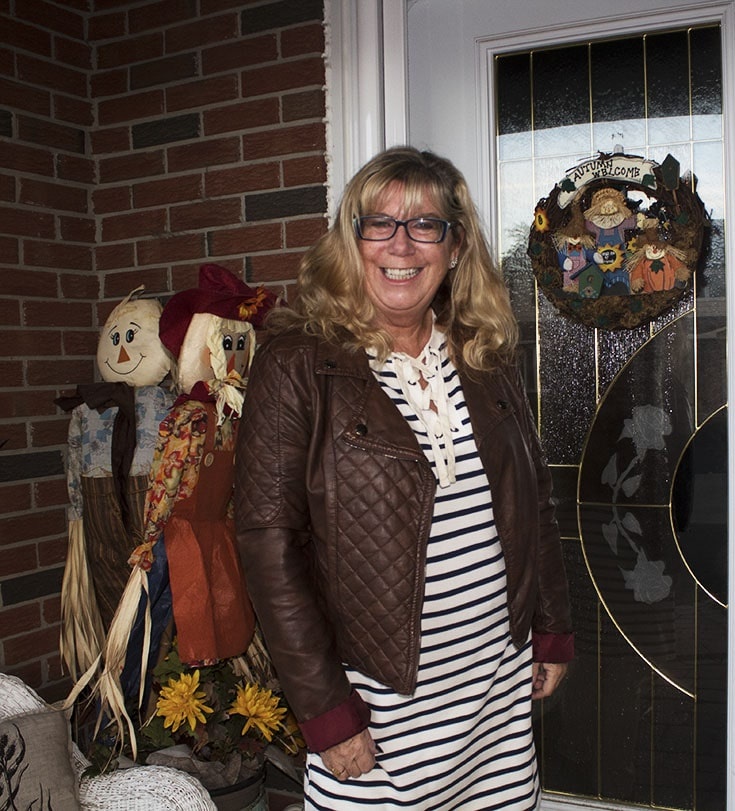 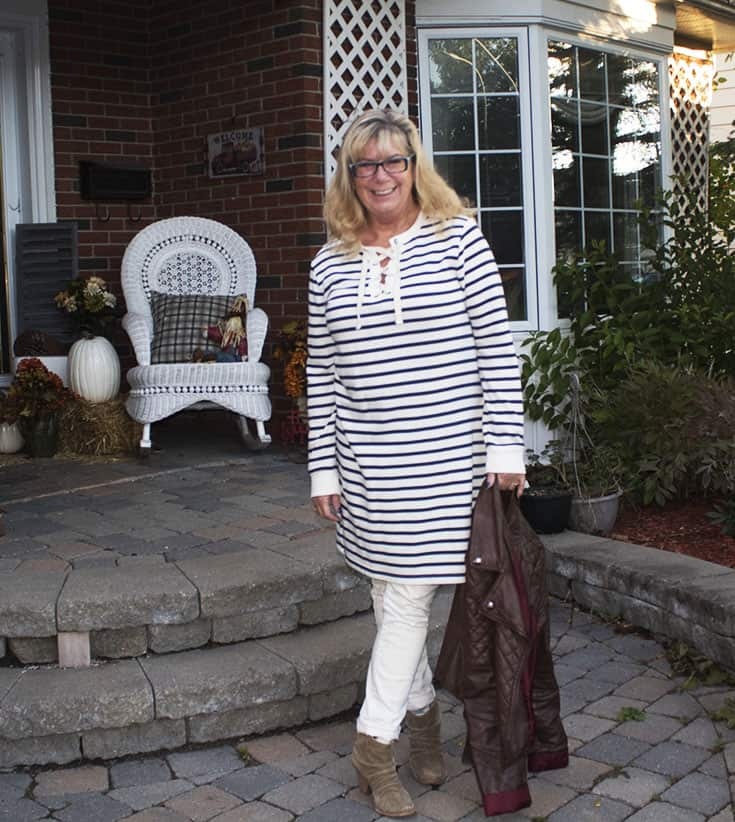 What I am Wearing

Today I am wearing my Old Navy white denim jeans, often seen on the blog but usually only after September. Today I also added a fun Spring/Summer Old Navy dress creating another Fall version of my Summer style. Add a pair of Rodeo Boots and a leather jacket and I am good to go. 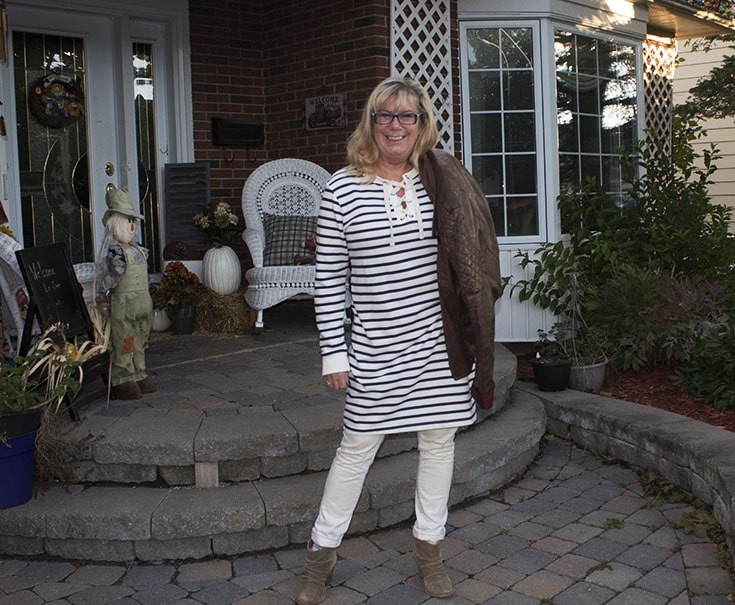