A Labour of Life was invited to the Czech Embassy through  our involvement in Travel Massive but all opinions expressed are mine. 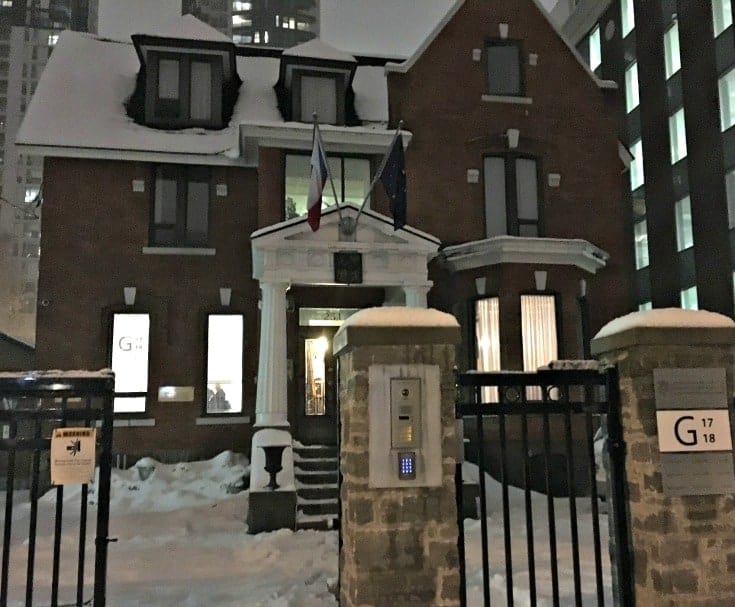 Czechoslovakia or the Czech Republic but please don’t call it Czechia.  OK maybe you can call it that but as much as many are keen on the new name many are still not convinced.  For me it will always be Czechoslovakia cuz that is what my hockey roots tell me.  A Country I had known about but never really had on my list of need to visit places.  Carly was great friends with a hockey player from the Czech Republic and we cheered for the team during the World Juniors in Ottawa but I had not contemplated a visit, until March 24th. 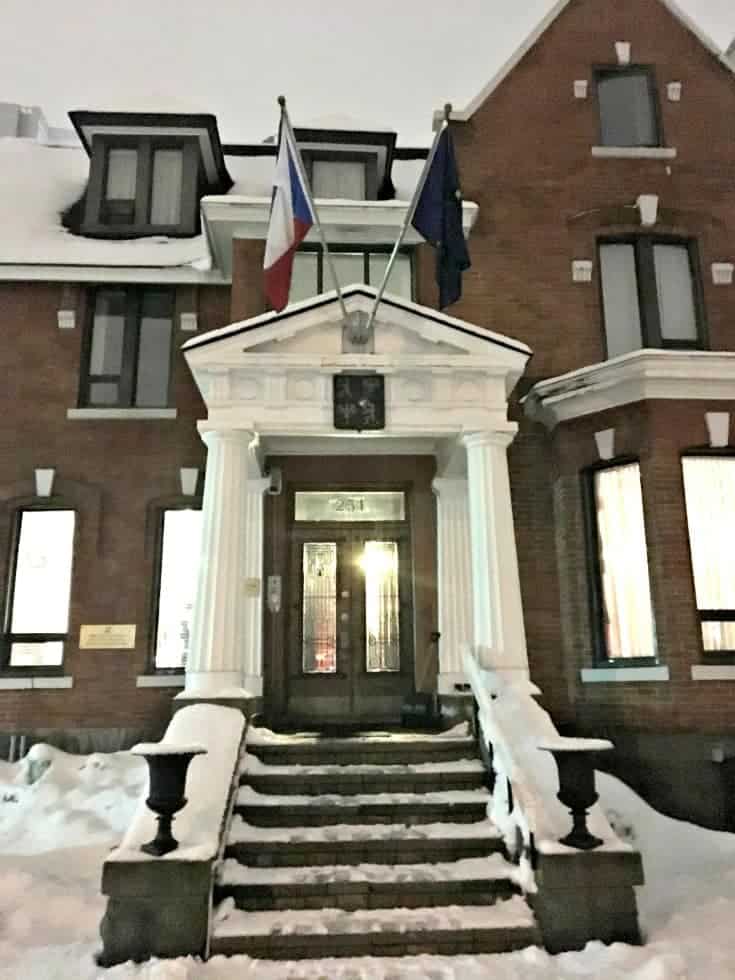 I recently became a member of Travel Massive in Ottawa and was invited to a reception at the Czech Embassy to kick off the Travel Show.  It was a night of discovery. The beauty of the country, sampling the food and having a chance to discover the culture. We were shown the beauty of the architecture from Kafka’s spiraling head to to Babies crawling on a TV Tower.  Picture the ugliest building made spectacular because of an idea, not a complicated idea but a unique concept featuring babies. 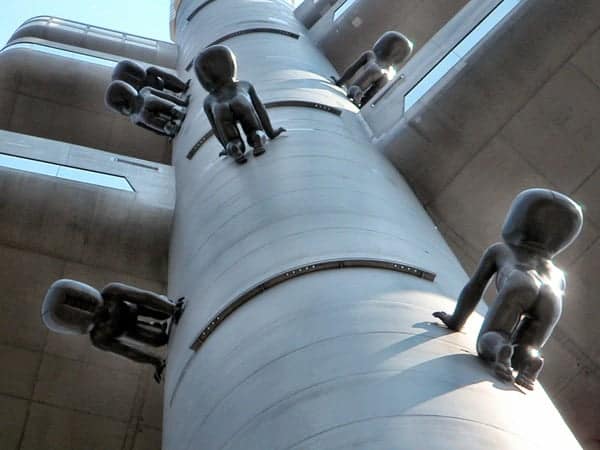 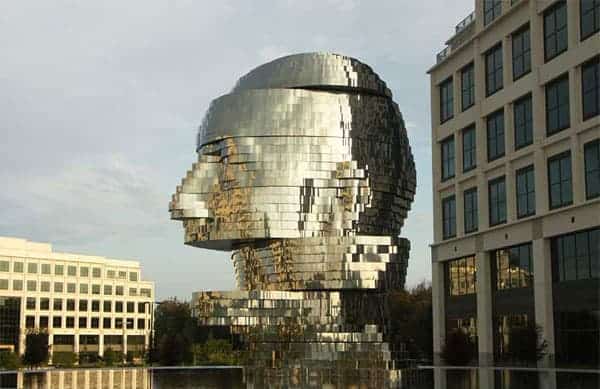 Photo credit to metamorphosis TV off  Bored Panda’s site.  and for more of the strange statues in Czech head over to Bored Panda.

After hearing all about the spectacular statues and architecture I had to start googling the images myself.  It is an eclectic place and one that I really am keen on visiting.

Czech was a sovereign state in Central Europe that existed from October 1918, when it declared its independence from the Austro-Hungarian Empire, until its peaceful dissolution into the Czech Republic (Czechia) and Slovak Republic (Slovakia) on 1 January 1993. The Central Europe notation should be stressed as they take great pride in being recognized as the ” Heart of Europe”.  Czech is not eastern European as many think, it is the heart of Europe.

From 1939 to 1945, following its forced division and partial incorporation into Nazi Germany, the state did not de facto exist but its government-in-exile continued to operate.

Czechoslovakia was part of the Soviet bloc with a command economy from 1948 until 1990’s.  There was a brief period of political liberalization in 1968, which was known as the Prague Spring. That was forcibly ended when the Soviet Union, assisted by several other Warsaw Pact countries, invaded. In 1989, as Marxist–Leninist governments and communism were ending all over Europe, Czechoslovaks peacefully deposed their government in the Velvet Revolution; state price controls were removed after a period of preparation. In 1993, Czechoslovakia split into the two sovereign states of the Czech Republic and Slovakia.

Today Czech is a beautiful country full of rich history and architecture ( I know I keep repeating myself but it is true).  They are extremely proud of a burgeoning wine region well know for it’s Riesling ( my kind of county)

If you are a fan of Spa’s, then they have just the location for you.  The Marienbad Spa area, I refer to it as an area because there are seven spa hotels in the area. Marienbad (Mariánské Lázně) is home to hundreds of cold, curative springs. The largest and prettiest garden town in the Czech Republic, a jewel of architecture surrounded by beautiful parks and forests. Marienbad itself has only been a town for about 200 years but the springs have been recorded since the 12th century.  The therapeutic values are world renowned, bonus if you are looking for a family vacation, children are welcome.

Personally I am enthralled  with the concept of the Spa town, visiting the wine Region or even just wondering around Prague and checking out the cool statues.

The Embassy itself is located in a beautiful heritage building in Ottawa, close to my office.  I wondered around looking at the pieces of history they have brought over with them 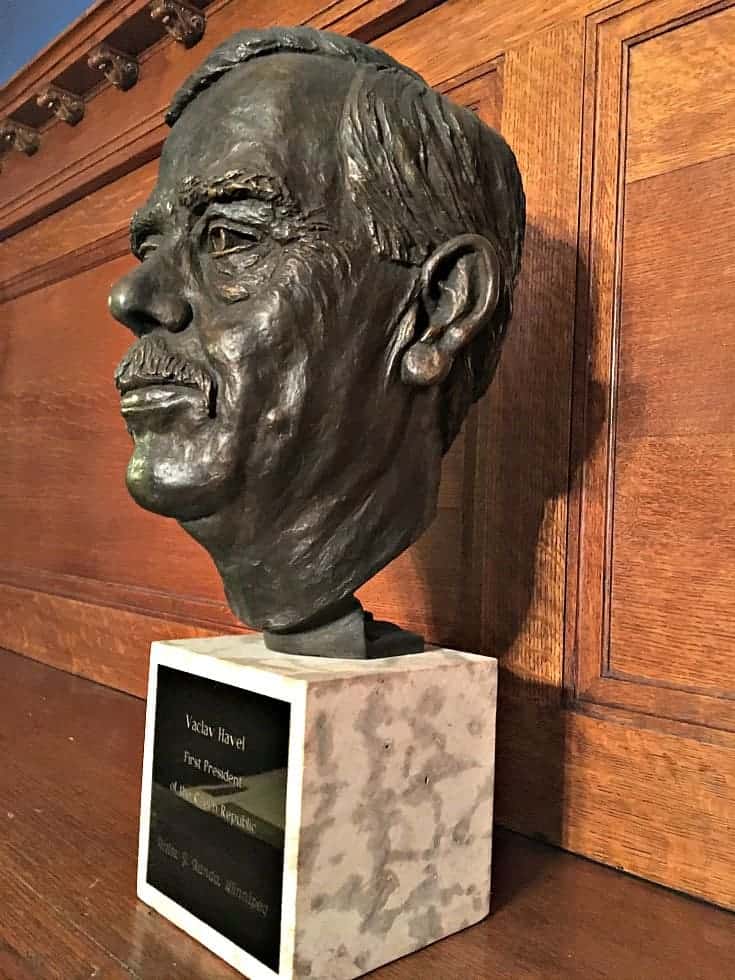 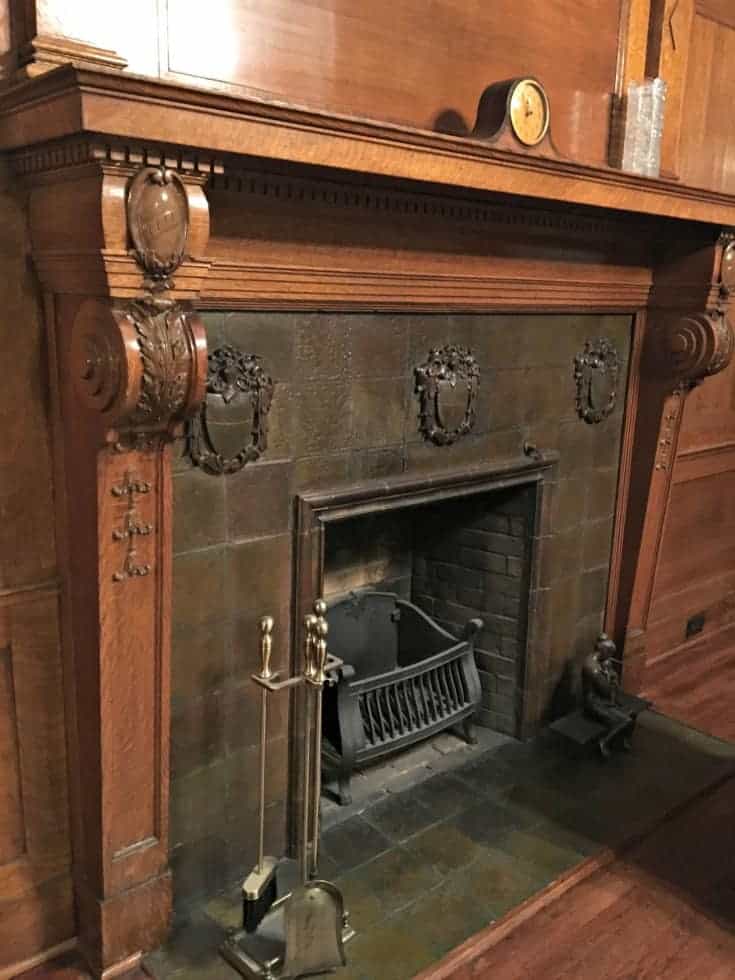 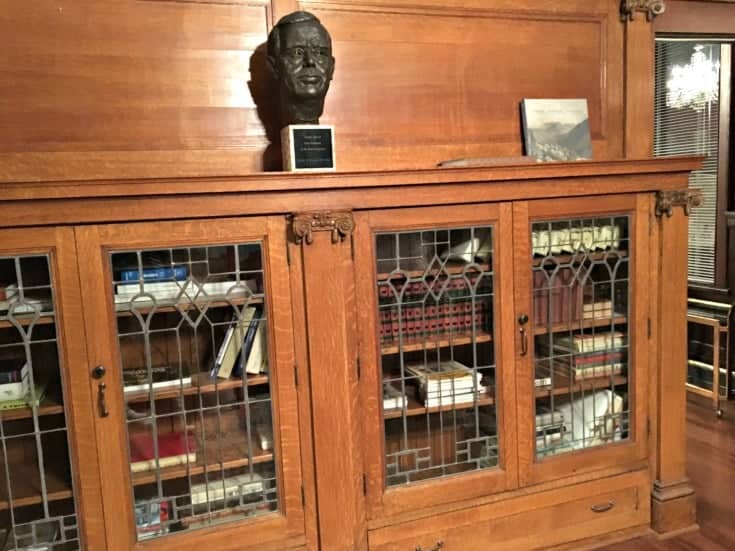 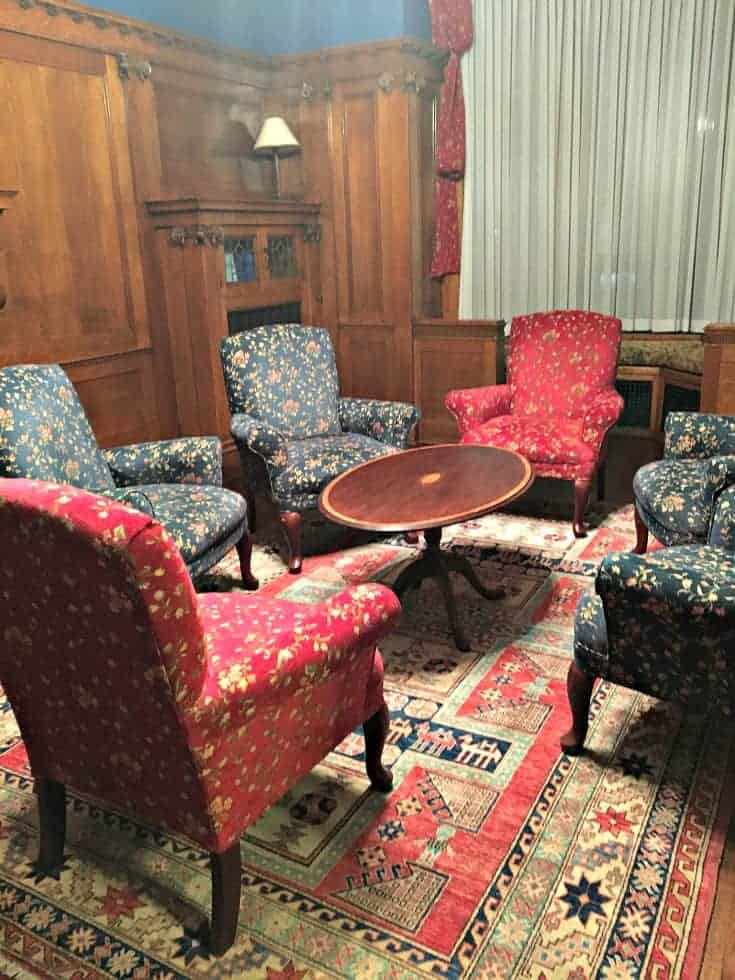 The evening at the Embassy was hosted by Vanessa and Ryan from Turnipseed Travel who gave us a lovely presentation on their personal travels.  They enjoyed a five day visit while over in Europe and have shared many of their adventures.  Take a wander over and you too will understand the fascination I know have for this country, it is not just the heart of Europe it may have stolen my heart too. (Bratislava’s Ice Cream and Prague Cooking Class)

A buffet of local cuisine and Czech beer was available for sampling.  Sadly they were not able to provide any of their Riesling but as soon as I find some I will update you on the flavour.  I am told it is similar to a German Riesling. On a cool note, I hear there is a Beer Spa and I cannot wait to head over to see what that is like. 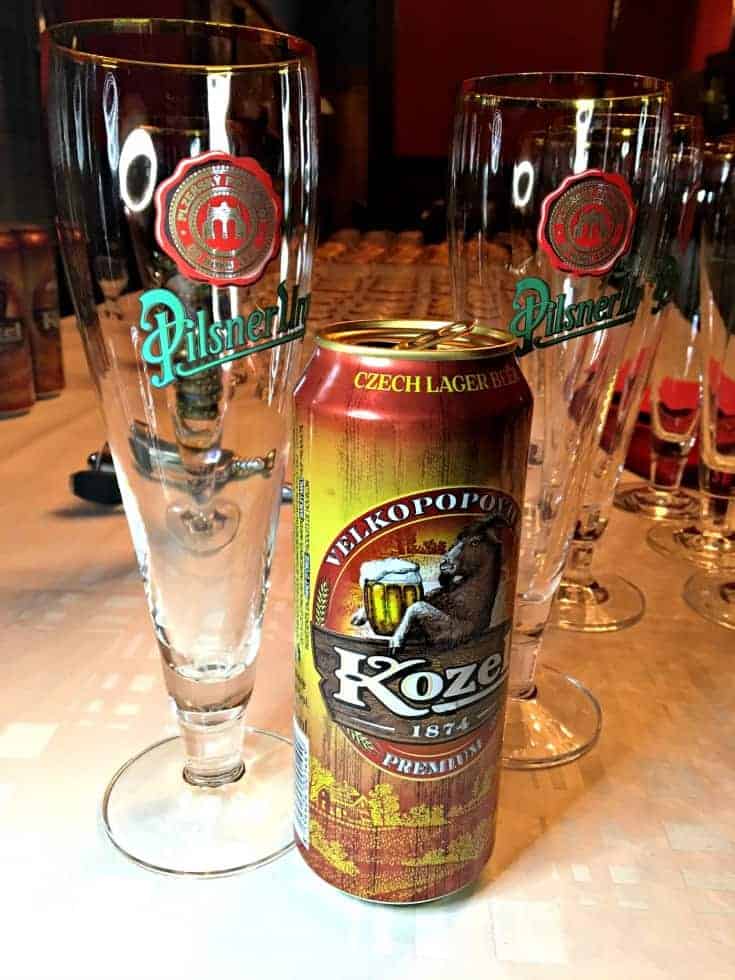 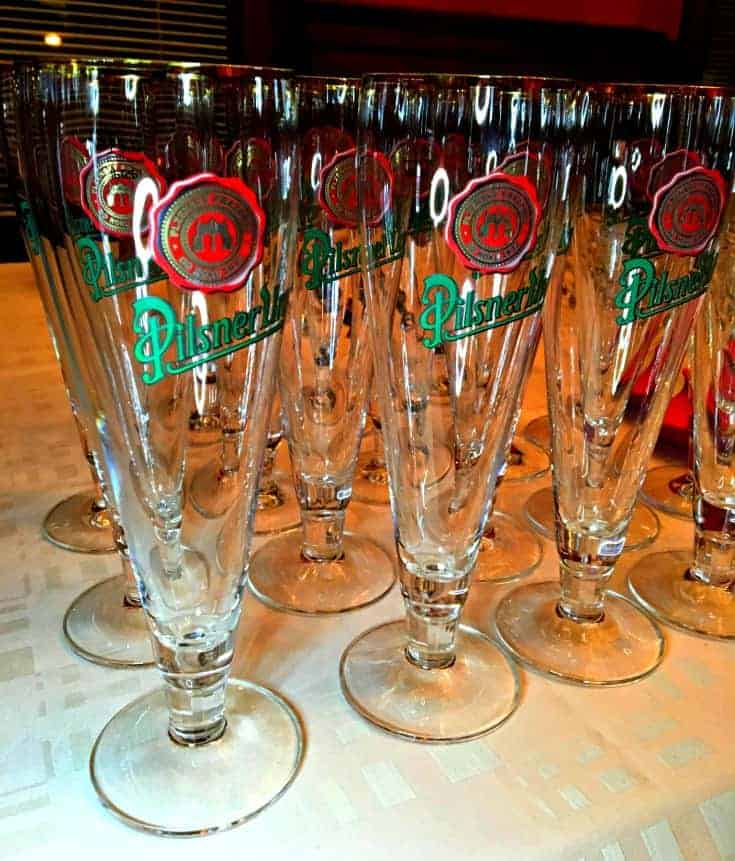 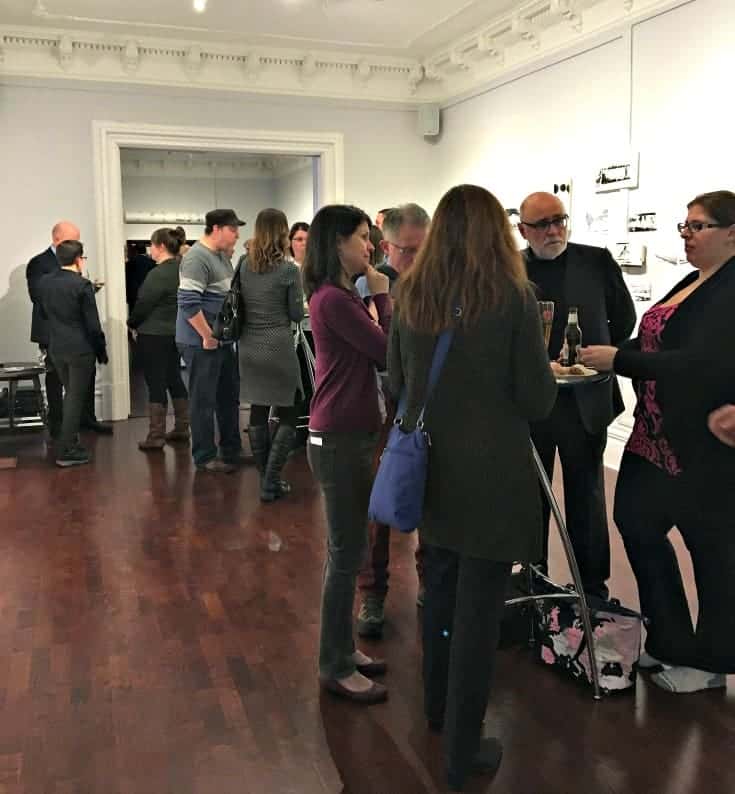 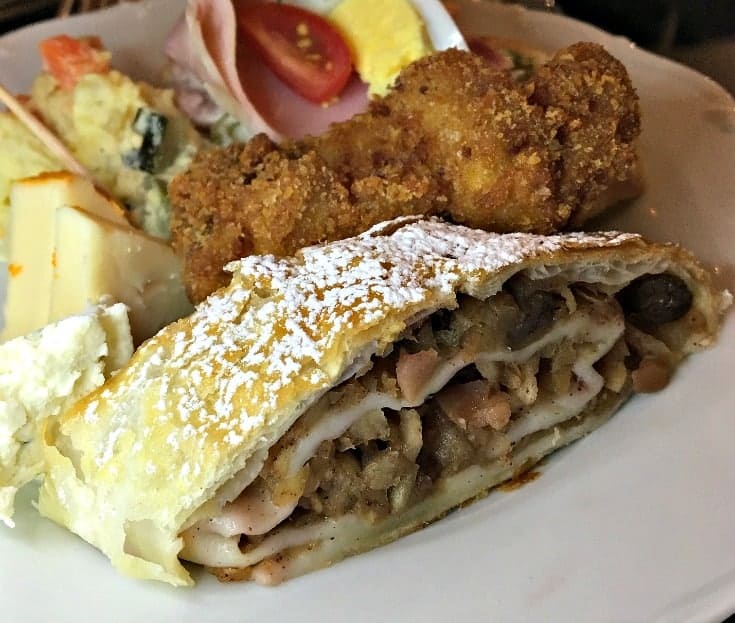 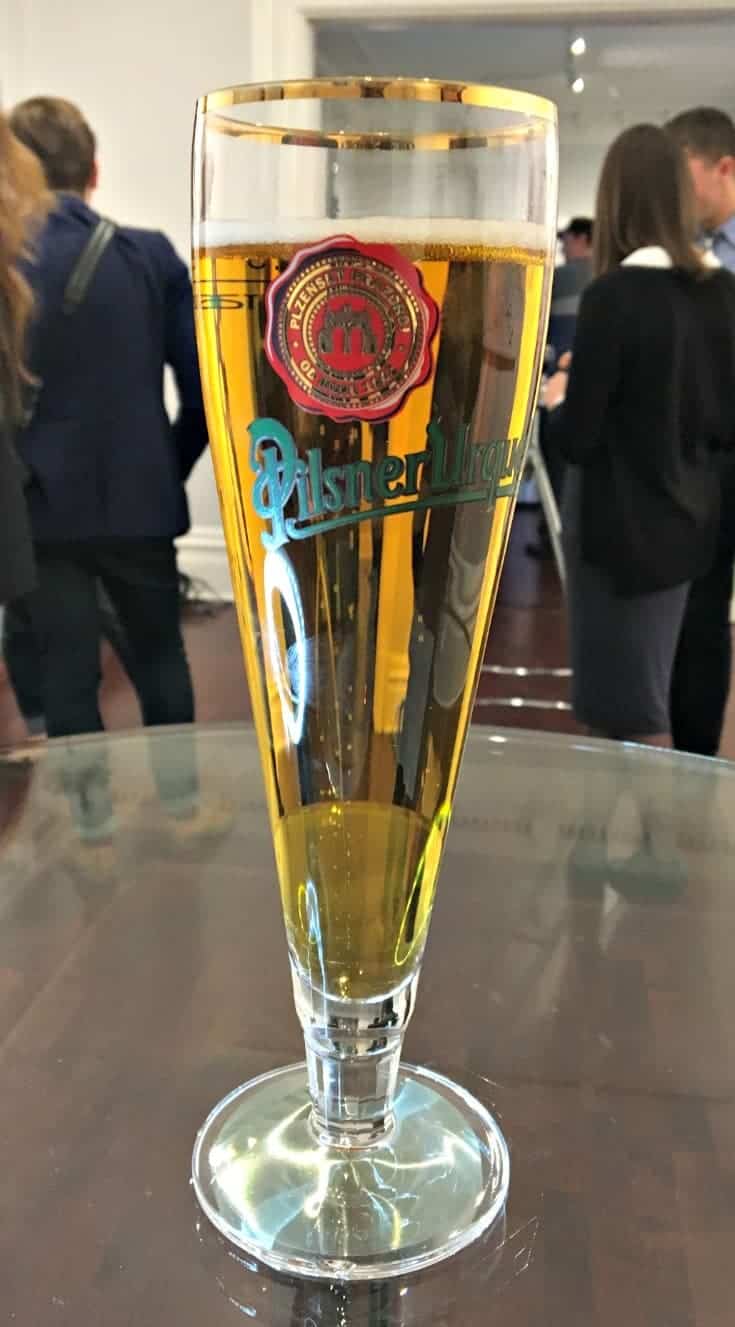 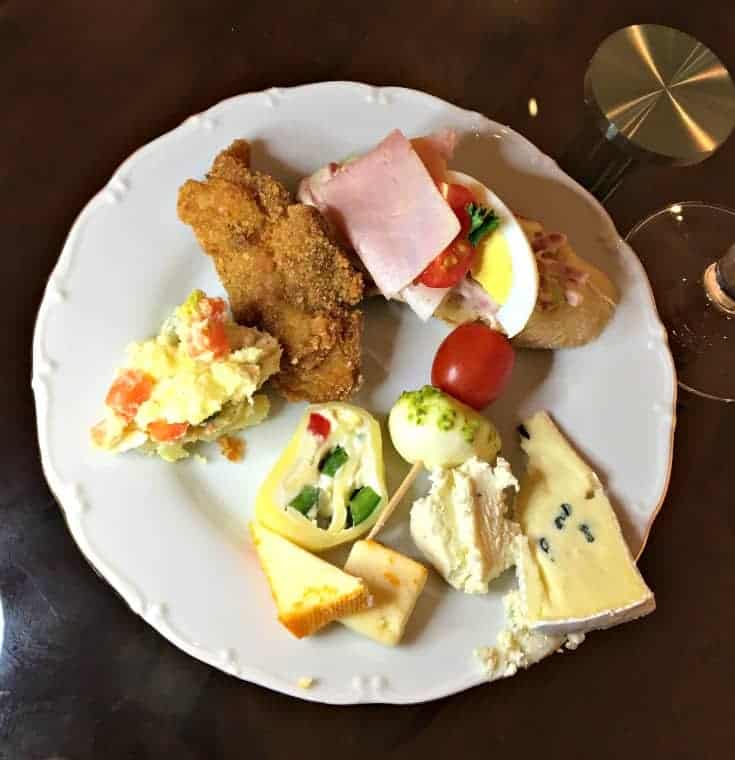 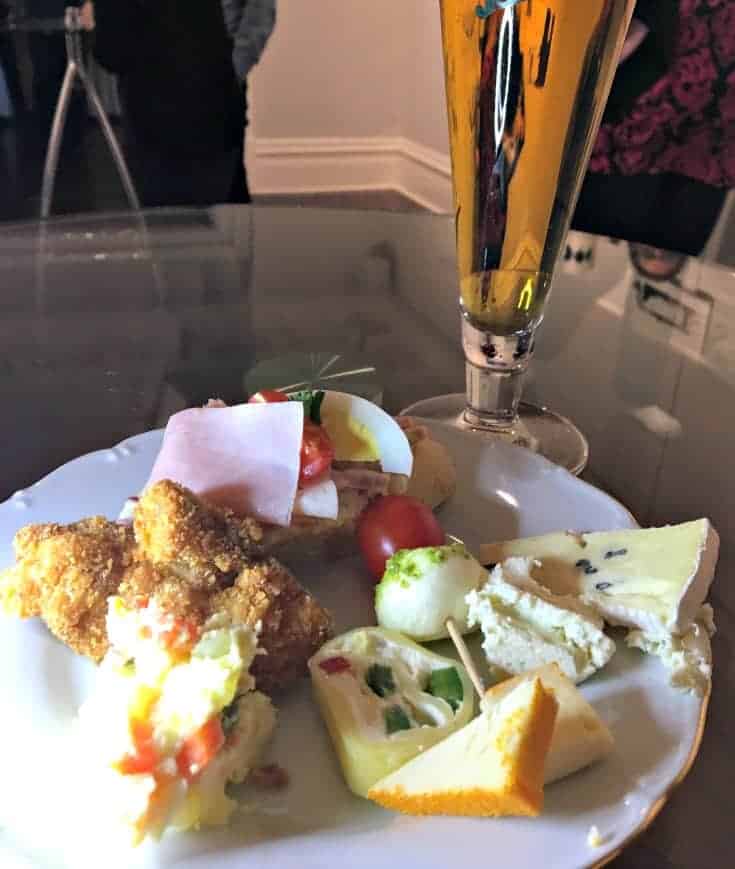 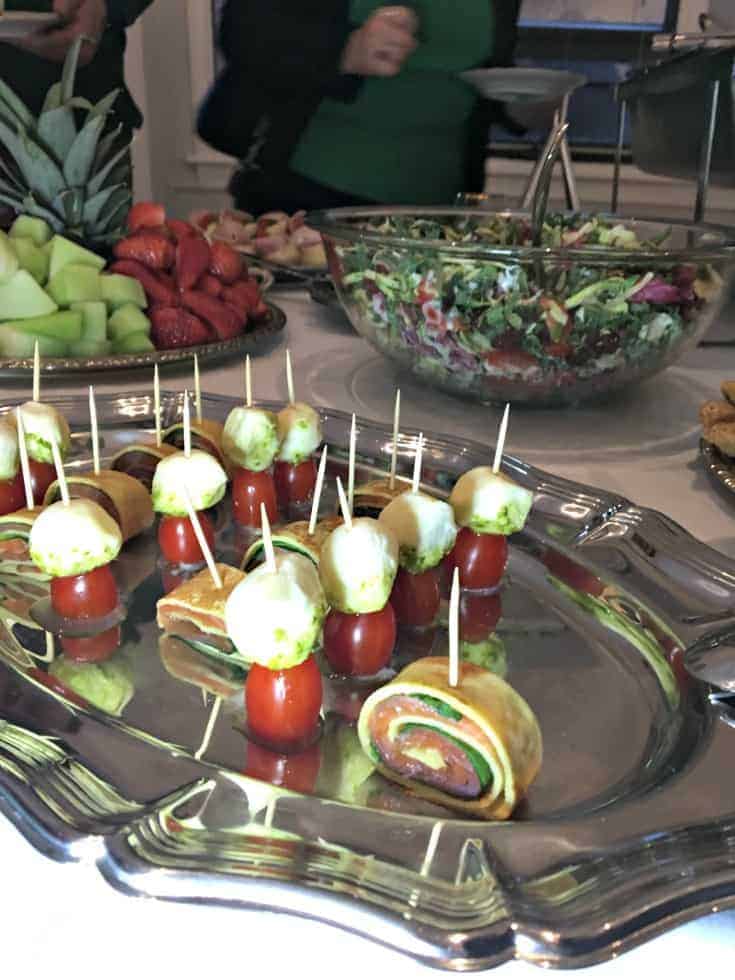 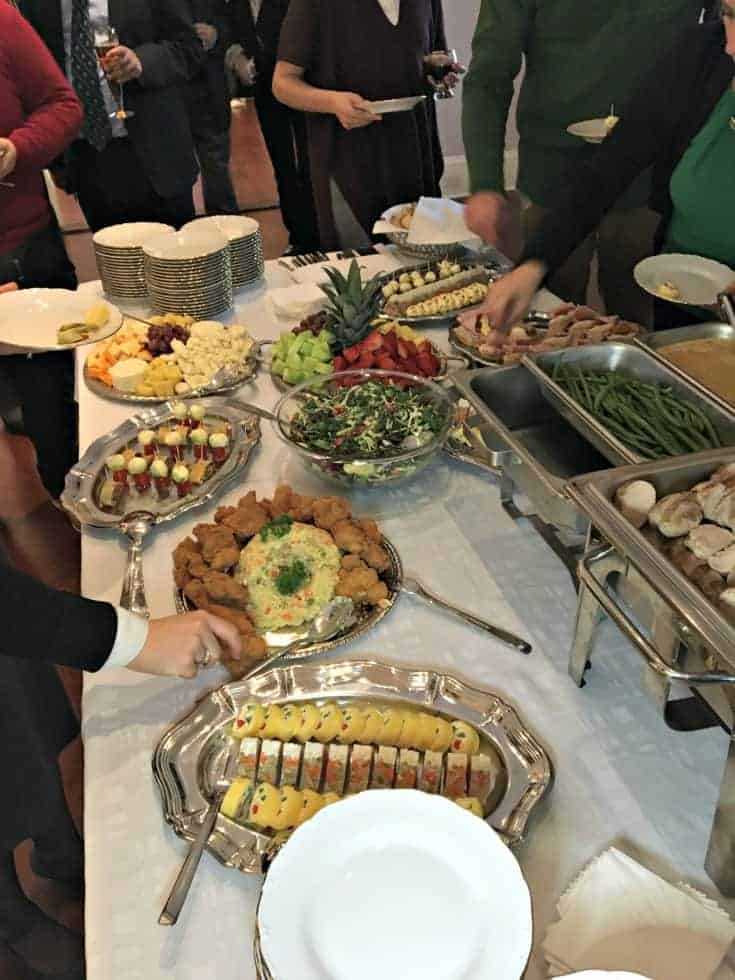 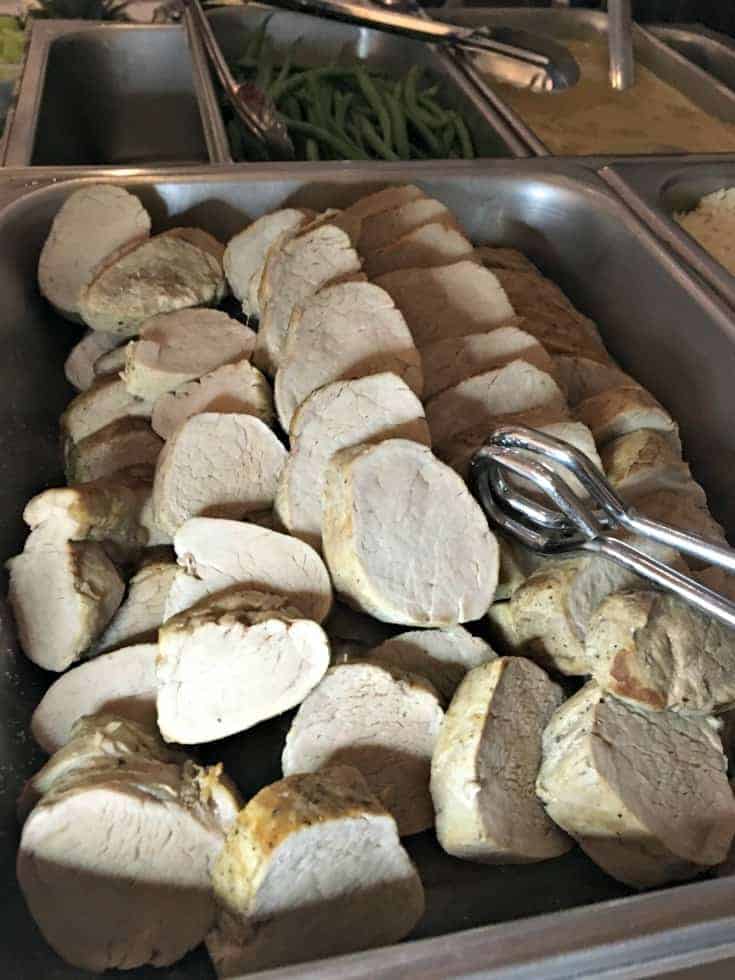 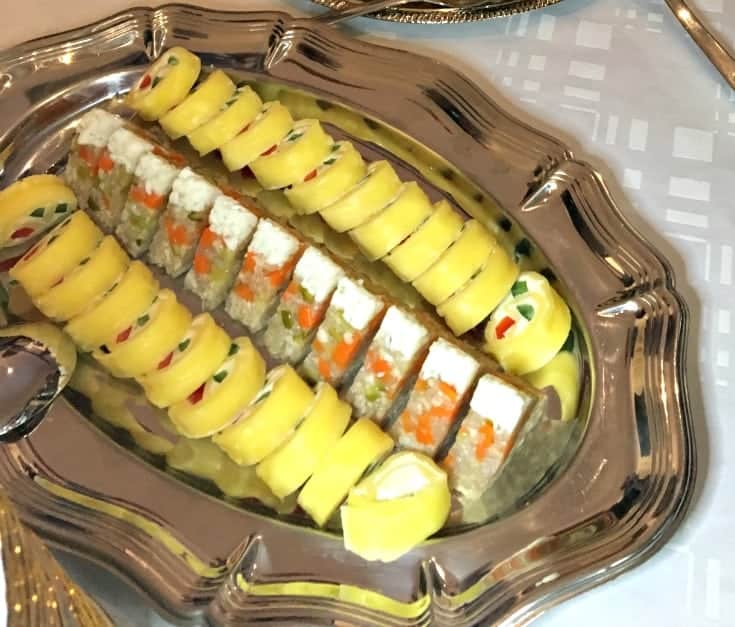 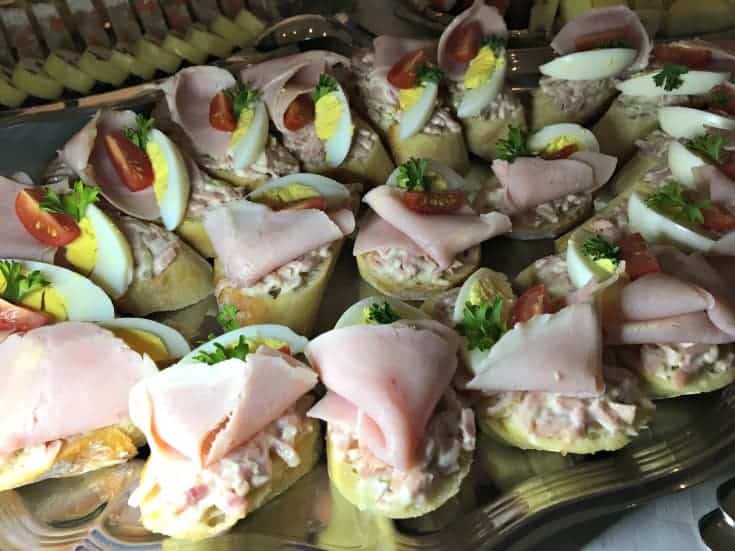 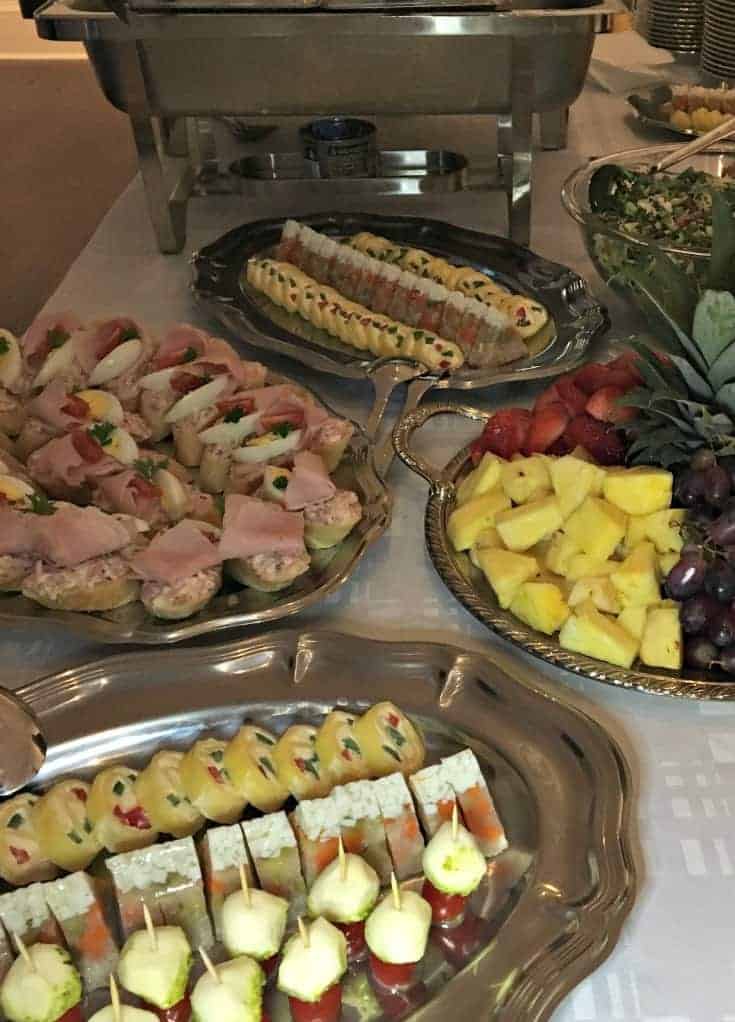 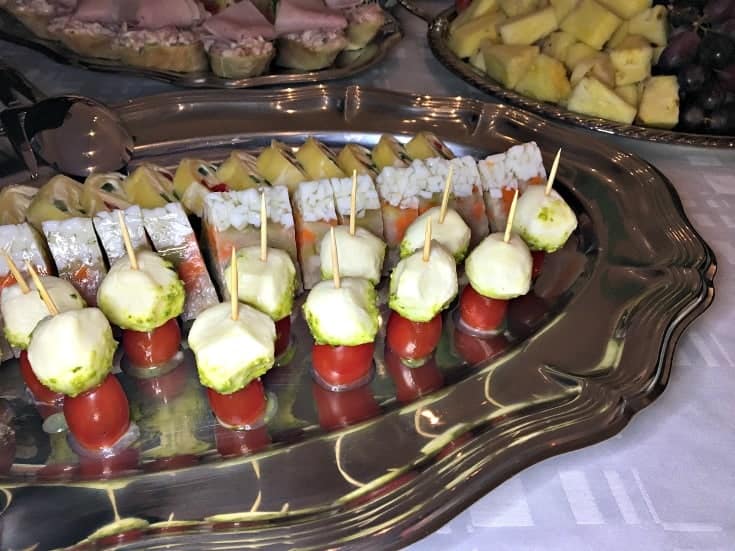 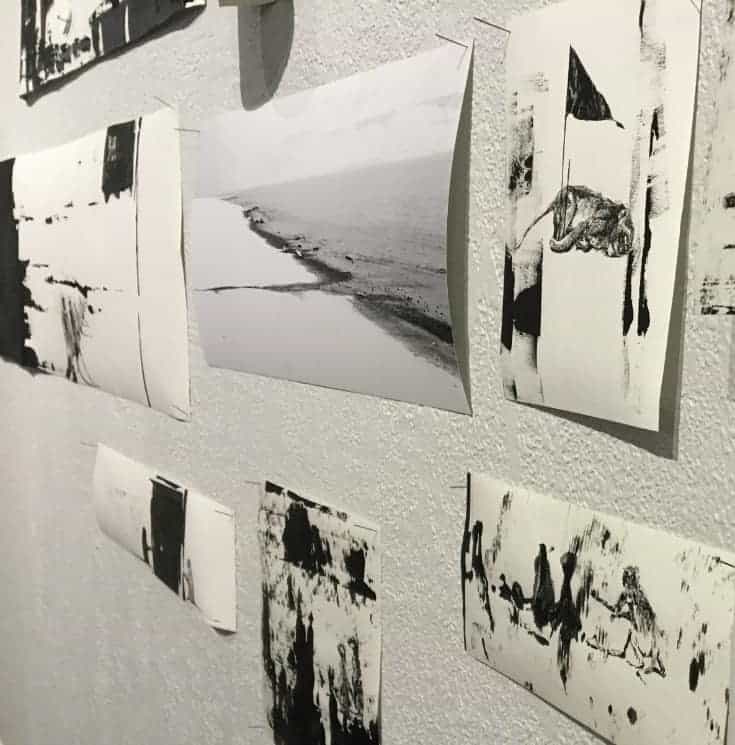