Home » Events I have Attended » What the Duck is Happening to Us? 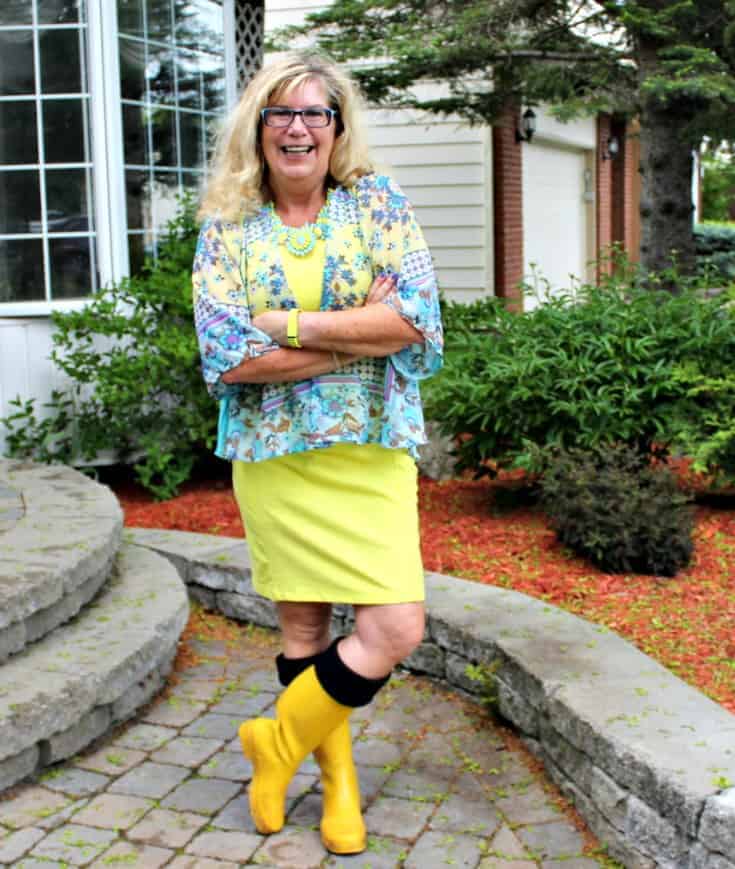 Don’t be fooled by the smile on my face you need to focus on the crossed arms.  This seemed a fitting picture, arms crossed and yellow rubber boots on to express my dismay at recent events. Let’s get it out there before anyone gets confused and thinks I am on the side of the ” Duck Police”.  I think its a ducky idea. I love the whimsical concept.  Canada 150 gets to celebrate with Rubber Ducky, telling us we’re the one.  Come’on folks chill out just a little bit here. It’s a Duck. 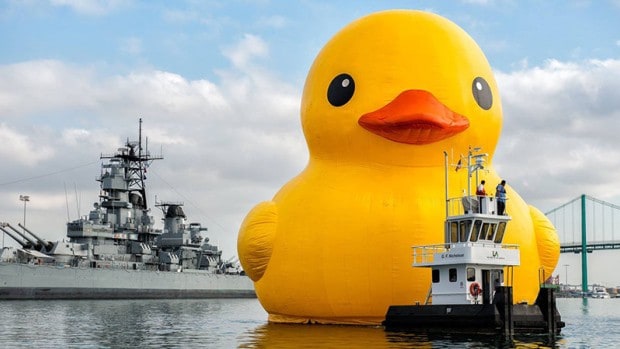 Warning this may not be my normal Lighthearted post but it is real and it is me. Spurred on by my frustration of can’t we just embrace the good and the fun sometimes?  Does life always have to be serious, can’t we just celebrate and enjoy?

The 15m (49ft 3in) high duck was designed by Dutch artist Florentijn Hofman and apparently has travelled the world, from Brazil to Taiwan. It has been making the rounds in the USA lately and is expected to land in Coos Bay & North Bend for Festival of the Sails this week.
The duck was designed by Mr Hofman in 2007 and is billed as the largest duck in the world. It is also know as an Instagram sensation, the place to be/see to snap a selfie.

Sadly here in Canada the six-storey tall giant yellow inflatable duck is proving to be an easy target for ridicule after it was revealed Canada 150 funding would go toward paying its six-figure rental fee.

The $200,000 price tag for the supersized waterfowl stirred some ruckus in the Ontario legislature Monday. Progressive Conservative MPP Rick Nicholls got cheeky and called the installation an “absolute cluster duck.”

Then not to be outducked, Calgary Conservative MP Michelle Rempel is now demanding to know what federal funding, if any, has gone towards the giant duck.

All I can say is WHAT THE DUCK is wrong with you?

The Cost of a Duck

OK, I realize $200,000 sounds like a duck-ton of money to most of us but to a sitting politician this is a load of duck poo ( which I think is as bad as goose poo).  Do you know how much money goes from every level of government to the various festivals around this country?  Probably not, I realize that, but trust mealmost every or a large majority of  festivals get funding and most times no-one cares where the money is spent.

Let’s focus on Redpath Waterfront Festival for just one moment in an email from Nathalie Huneault it was reported that “The festival received $92,500 in 2016-17 and $157,500 in 2017-18,” So focus here for a moment folks,  this year 137,000 of that apparently went to rent a duck. That duck is going to bring people to the festival in flocks ( sorry I just cannot resist). They will go to the festival, take a selfie, walk around, enjoy the sites and spend money on local vendors. So Mr Nicholls and Ms Rempel, what the heck was the $92,500 spent on last year? Do you know? Did you even care then…. I thought not.

Now here is an even better question, how much money are other Festivals getting and what are they spending it on? Again do you even know? So it’s OK for a majorly successful Music Festival to get a crap ton of money both provincially and federally and pay some uber star to come sing and wait for it….. and charge us to hear that artist that our tax dollars have already helped fund. But OMG someone actually found out a DUCK was coming to town and its a big deal. 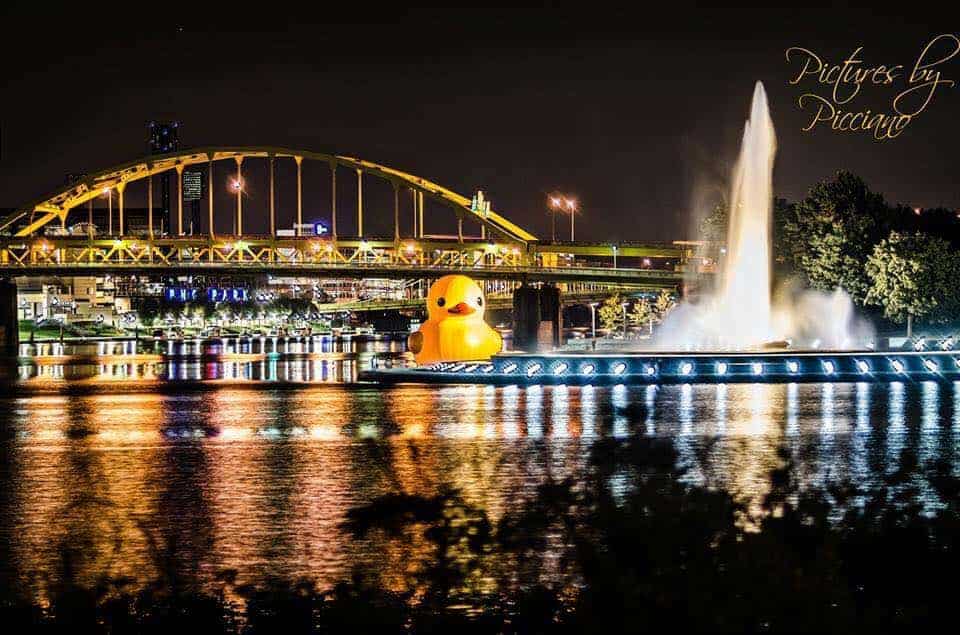 The Duck and the hoopla now created is probably causing everyone to question themselves at the moment, but what a Social Media bonanza. Thanks to the Hot Air in parliamentary sessions we know all know about it.  Tons of free media advertising and now everyone knows about the festival and every child ( and Instagrammer) is clammering to get to the waterfront for a picture.

Redpath Waterfront Festival runs from on July 1-3, Ducky arrives on the 1st and then embarks on a cross province tour, part of  Ontario 150 tour.

The Redpath Waterfront Festival is an annual summer event that provides on-land and on-water programming for people of all ages and interests with the goal of promoting Toronto locally and internationally as a premier waterfront destination.

With music, food, nautical programs and entertainment, the Festival has something for everyone to enjoy. Every three years, the event welcomes a fleet of majestic TALL SHIPS® to Toronto.

Due to the scheduling, Ottawa is not on the list. Mr Ducky is supposed to head to Toronto, Midland, Amherstburg, Sault Ste Marie and Brockville.  I am hoping to hit Brockville for the grand entrance.

So my issue folks isn’t whether or not you agree/support a duck coming to town.  It’s the name calling, the false rhetoric that is causing me the most angst.  Seriously the comparison is “OMG Wynn is spending 137000 on a rubber ducky the same time they are laying off our front line health care workers”.  Well double damn.  First of all the government is not spending money on a duck, they provided festival funding to a festival who is buying a duck and then a conservative worried about laying off public sector workers.  I guess a duck really can make a difference one person at a time.

Now we have people complaining about the whole 150 celebration, the cost of fireworks, the cost of special events. When did we become that group? It’s 150 Years Proud, can’t we put aside all of the political differences and embrace the accomplishment.  A Nation proud and Free for 150.

Now a Duck may not be all it’s quacked up to be but did you know there is a Giant Easel in Altona, or a replica Starship Enterprise in Vulcan and a Giant Ukranian Egg in Vegreville? To say nothing off the extremely large Nickle, the lobster, moose or beaver and let’s never forget the Spider.  All may or may not be ” Canada” but I wonder if they were the subject of such political angst?

Today I ask you, check your bathroom, think back to your childhood did you have a Rubber Ducky? So why can’t it be part of Canadiana?