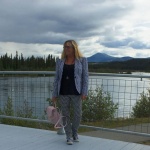 Do you remember when you were a child and adults told you that the older you get the faster time flies? Did you believe them?  I never did until I started getting older and then I realized I have no idea where time is going.  It’s Monday and I am winging my way to Yellowknife, seems just yesterday that I was snapping shoots in Whitehorse. August 16th I was on the Whitehorse waterfront in a Target Gingham suit. Today,the same suit is in my suitcase on its way to the Northwest Territories. 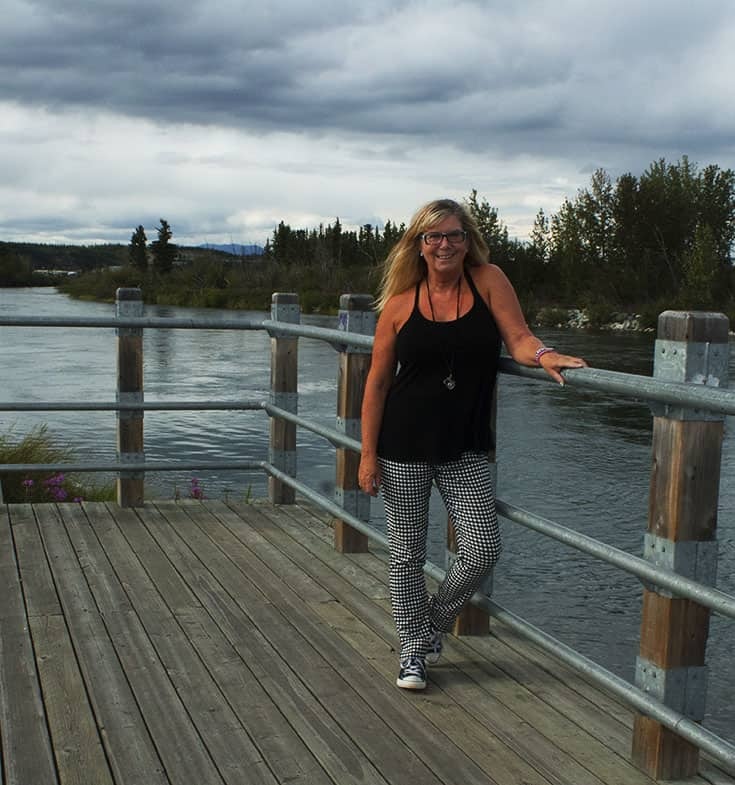 Whitehorse and the Waterfront

Truly there is not much prettier than walking the waterfront in Whitehorse. I have done it in all four seasons.  Summertime is beautiful but I think the Fall is the most spectacular. Whitehorse does love to wear her coat of many colours. Stopping by the fork in the river I was able to enjoy the beauty of the summer.  Funny in all my trips this was the first summer one, although August in Yukon feels more like fall in the “South”. And when I say “south” I actually just mean parts of Canada not the real South.

So much has changed since my last trip. The Fallen Worker Memorial has been completed, lots of construction is happening and the gathering spot outside of the Cultural center is ready.

I stayed at the Coast this time, where Kate and William stayed during their visit.  I got to explore a different area of town.  Now that sounds funny because the town is not very big and you can explore it all anytime.  I did tend to stay in one area vs the other in the past. 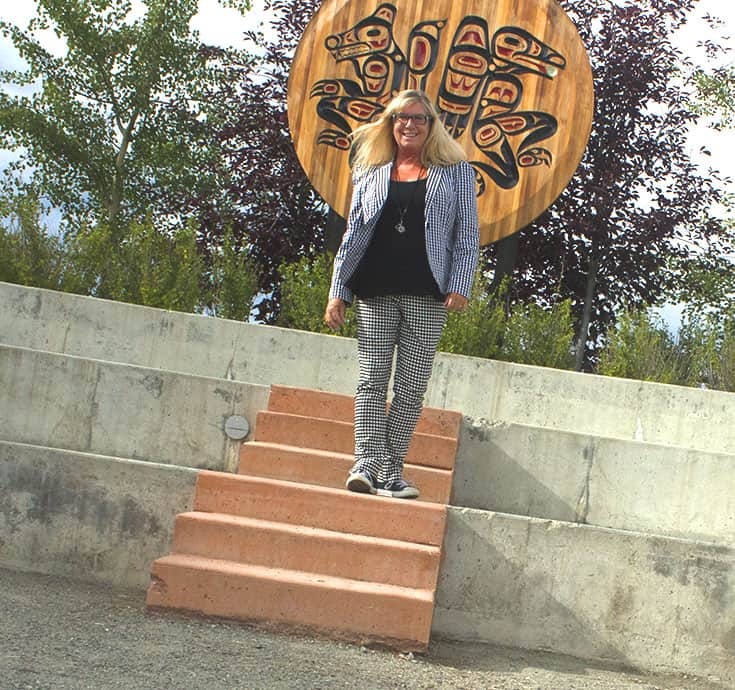 My very first visit in 2014 I did walk down to the SS Klondike but new to blogging I never really shared it. Sadly I had not been back until this recent trip.  I was literally a block away so after work this was a great spot to explore.  The SS Klondike was the name of two sternwheelers, the second now a national historic site located in Whitehorse, Yukon, Canada. Both ran freight between Whitehorse and Dawson City along the Yukon River from 1929-1936 and 1937-1950, respectively. 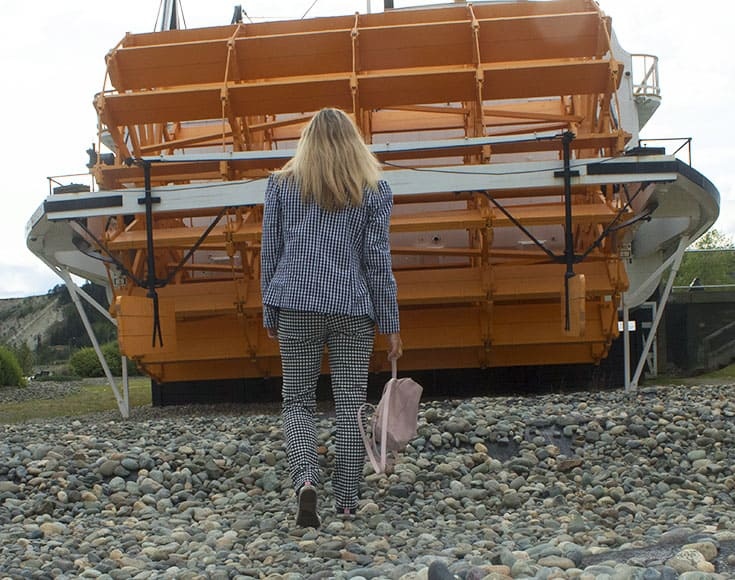 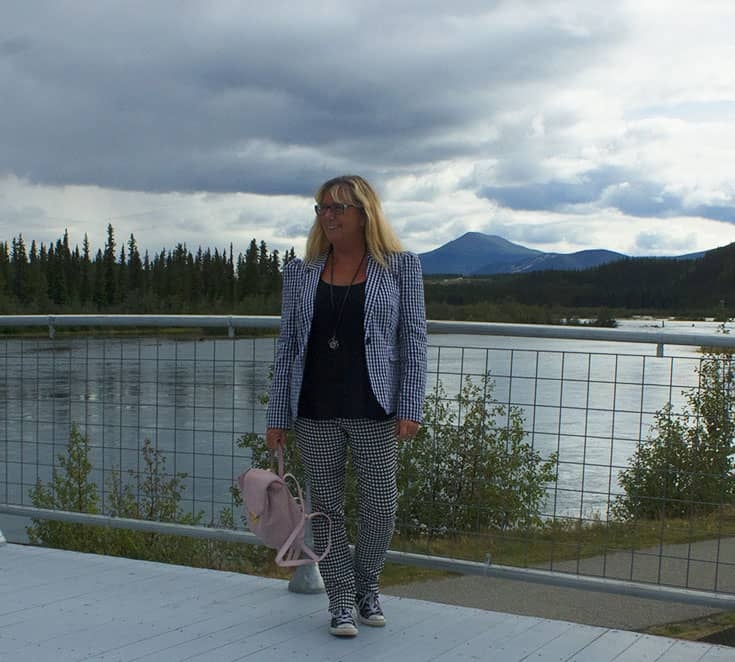 Klondike I was built in 1929 and had the distinction of having 50% more capacity than a regular sternwheeler. The Klondike I ran aground in June 1936, luckily a new one was built and the Klondike II carried freight until 1950. The construction of a highway connecting Dawson City and Whitehorse caused the demise of the sternwheelers with many decommissioned. In an attempt to save Klondike II, she was converted into a cruise ship. The venture shut down in 1955 due to lack of interest, and Klondike II was beached in the Whitehorse shipyards.

The ship was eventually donated to Parks Canada and landed at this site in 1966.  The SS Klondike was designated a National Historic site in 1967. 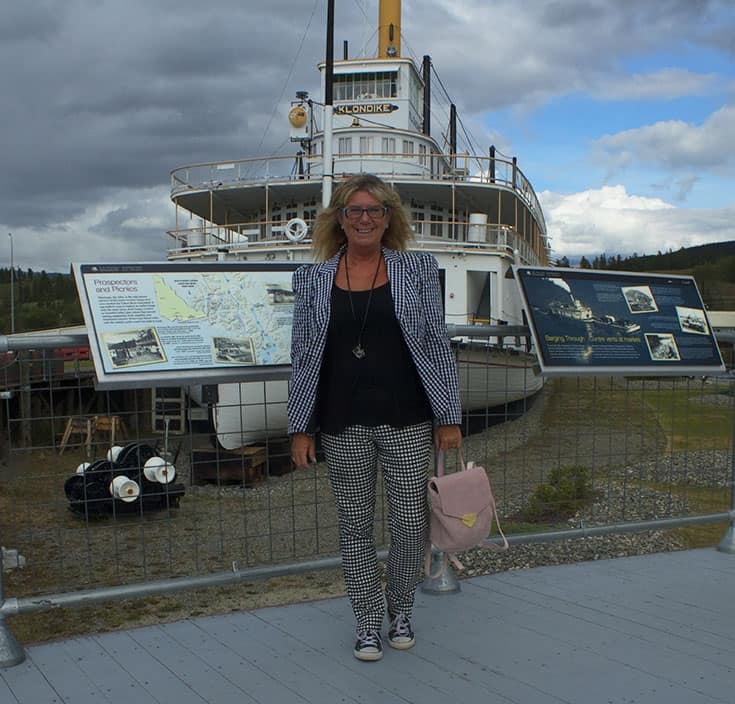 I am betting not many people would opt to wear a Target Gingham suit while exploring Whitehorse but it worked for me. When traveling for work I may not always have a lot of spare time so I make the best of it. My gingham suit is so comfortable it can go from Boardroom to boardwalk.  The trick is accentuating the look with bits of casual. Wearing my converse allowed me to leave the meeting and head straight to the walking paths

I kept jewellery simple, just the camera necklace and added a pink suede backpack.  Perfect for holding my phone, my canon, mini tripod and wallet. 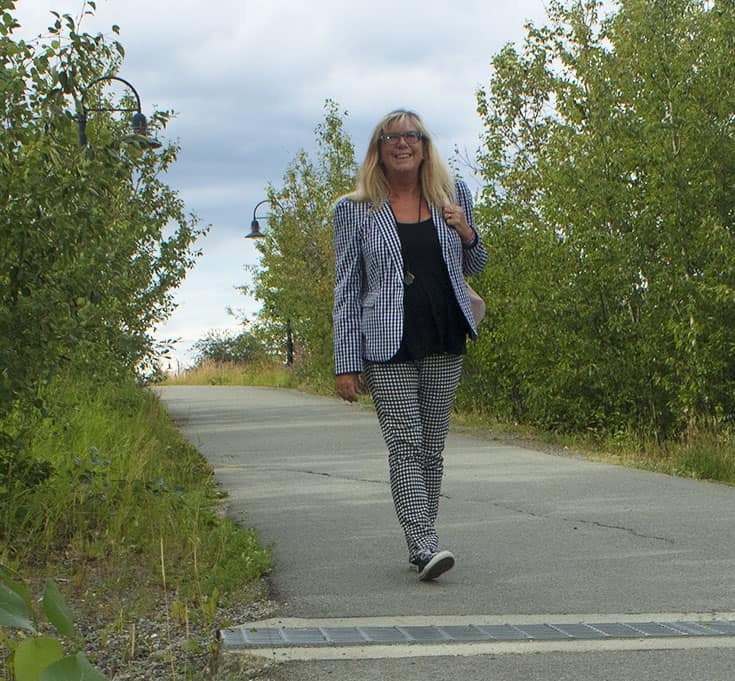 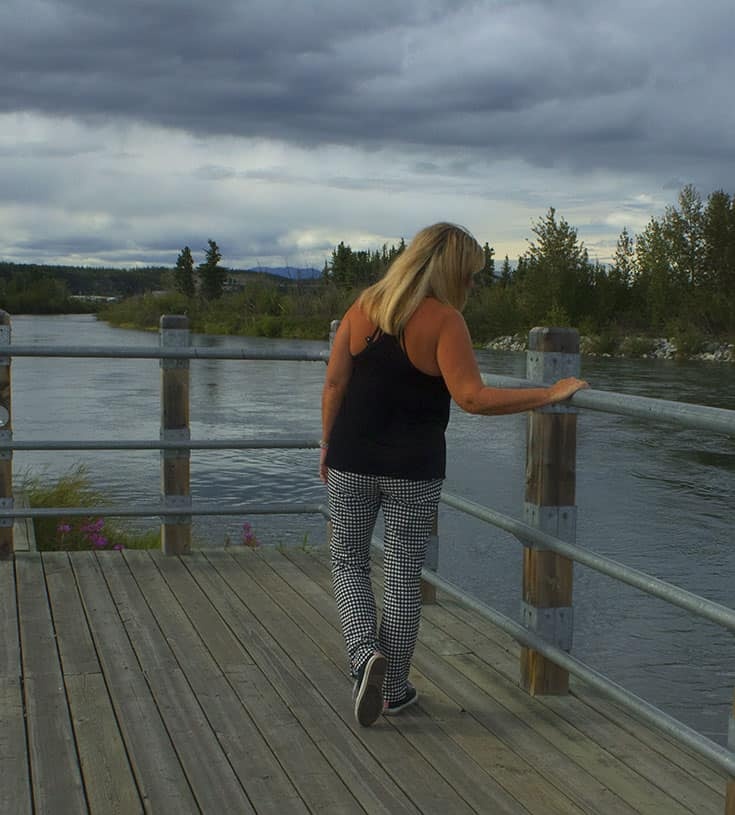 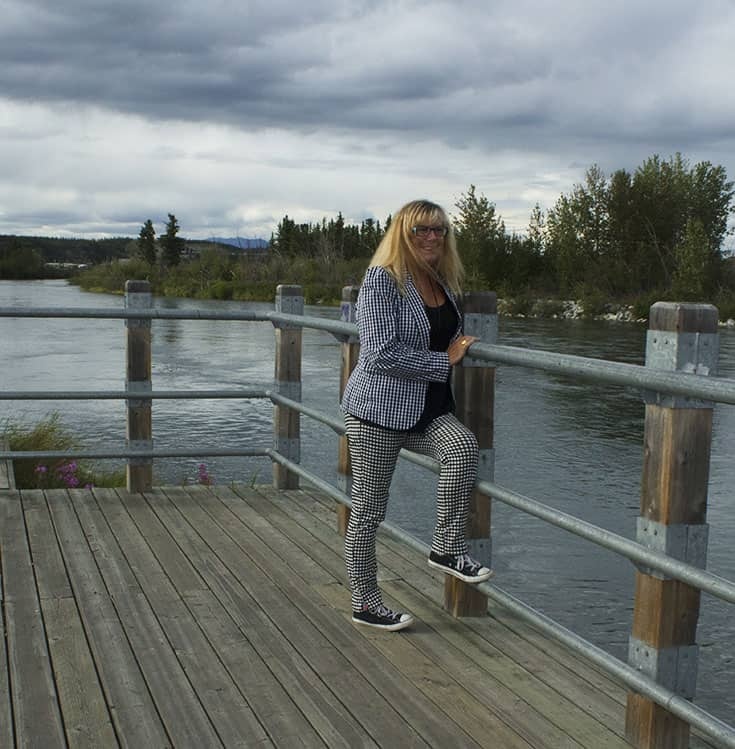 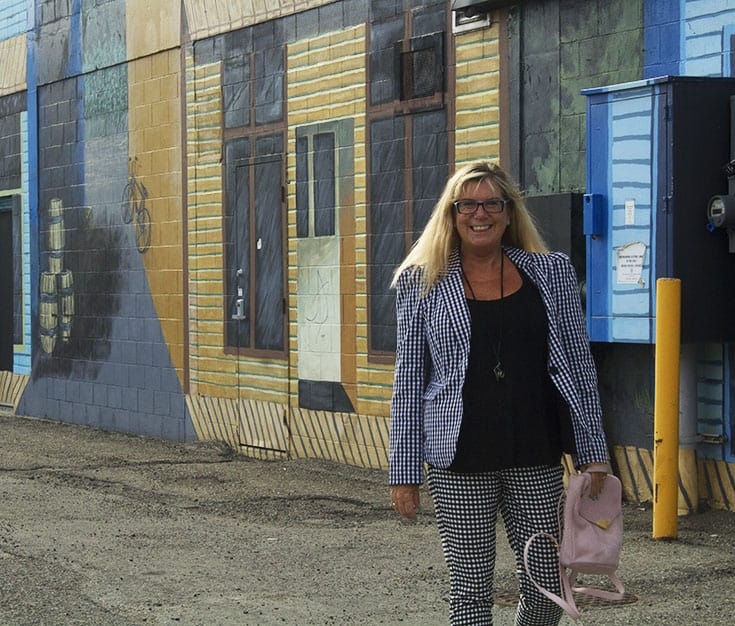 « Beer Flights inspired by Gem and Keystone Brewery
What do you need to know about Puppy Biting? »