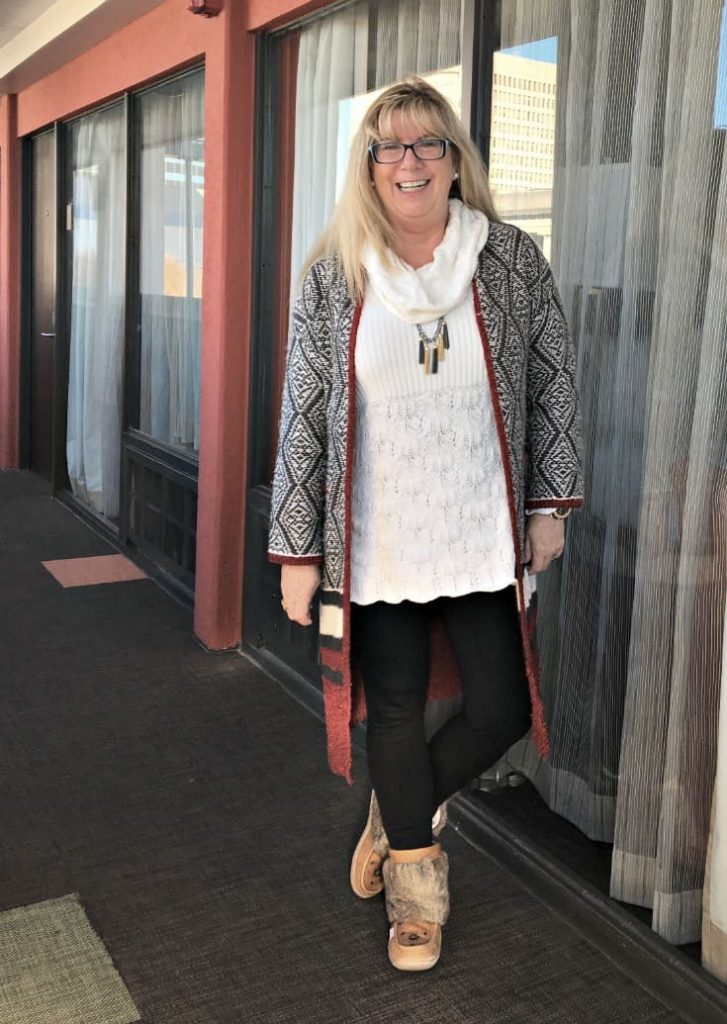 Our first day in Nashville was the day of Music City Bowl ( one we attended last year). We did not make it in time for the game but we did make it to Broadway for the Fanfest celebrations.  Two tents set up in the middle of Broadway for each team. 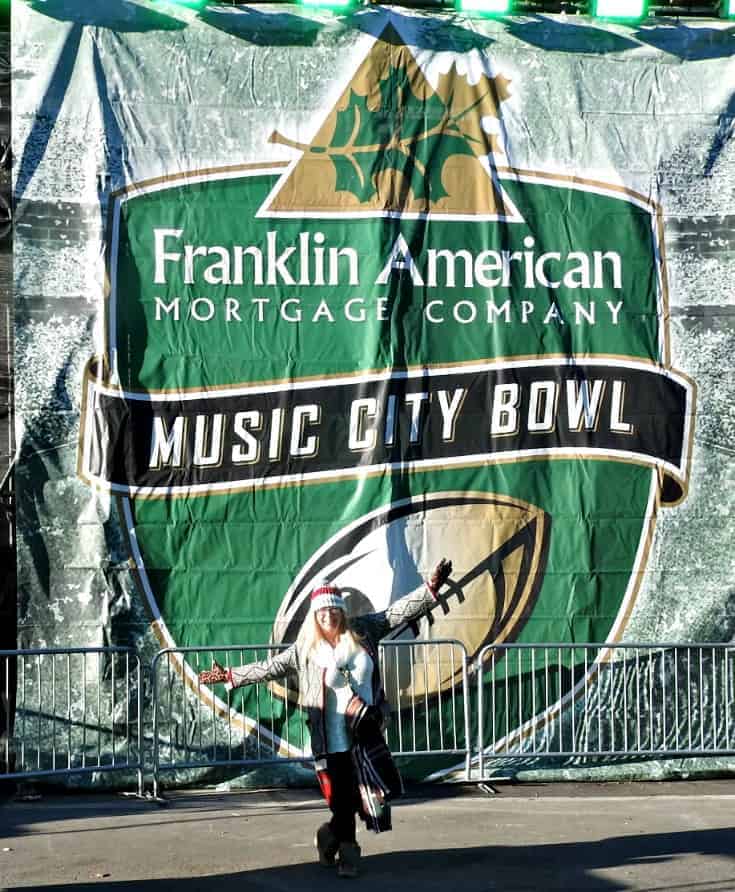 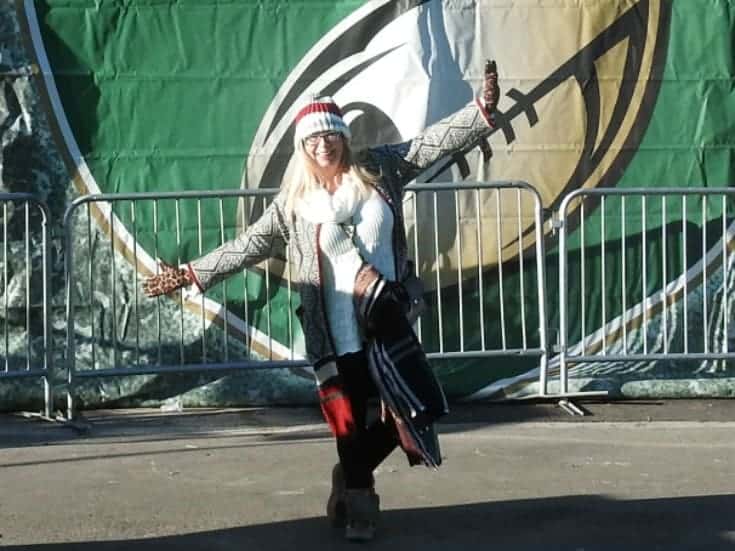 Can you guess where we might have been??? any Vol Fans around? I have to say no surprise that Nashville Tennessee was a tad bit more Orange on the 20th.
Pretty sweet set up, each tent was filled with the team colours, a few bars and of course many conversation/game watching corners. 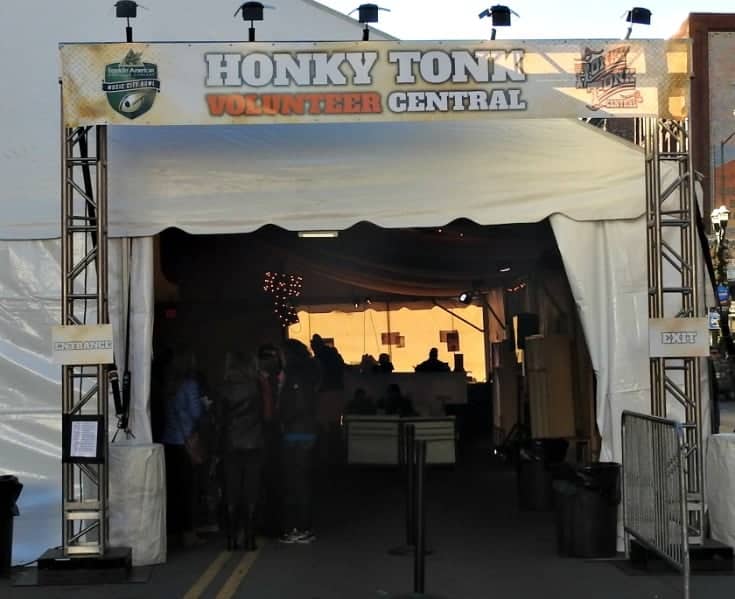 Don’t let the numbers fool you, this was the aftermath of the pregame warmup, most fans were actually at the game.  The ones left were the unlucky fans who were unable to score a ticket. 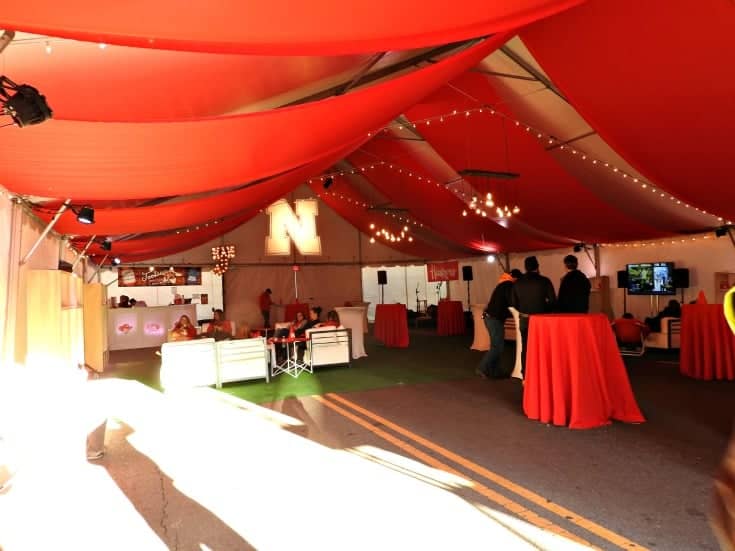 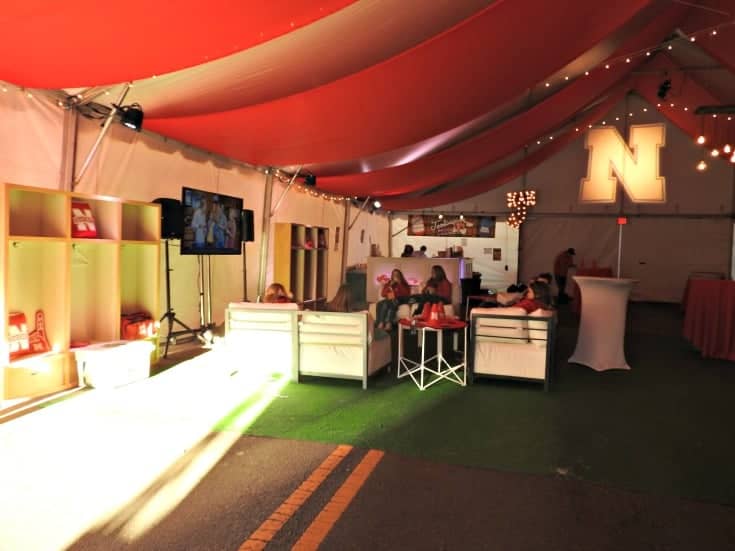 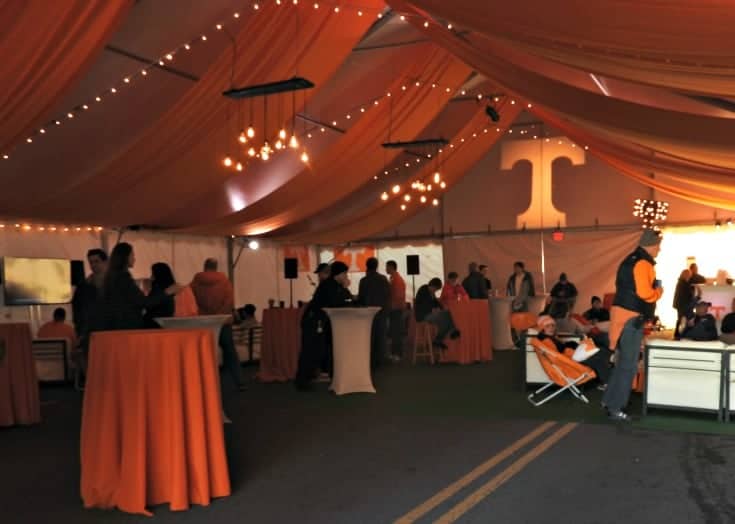 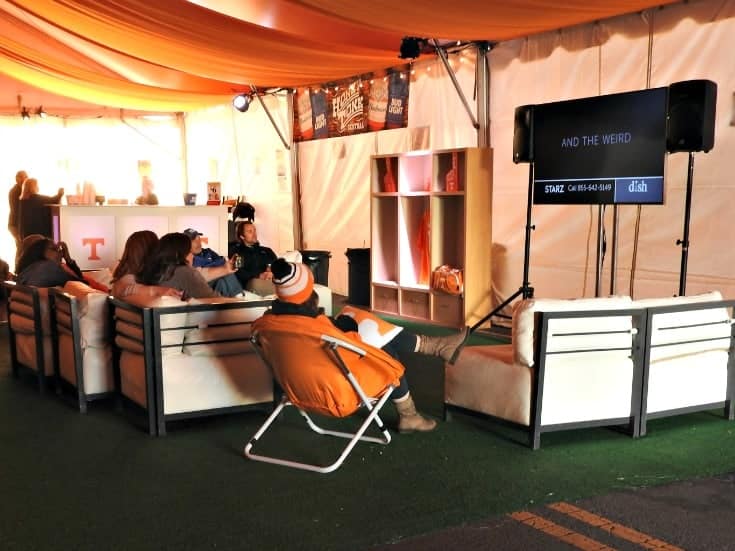 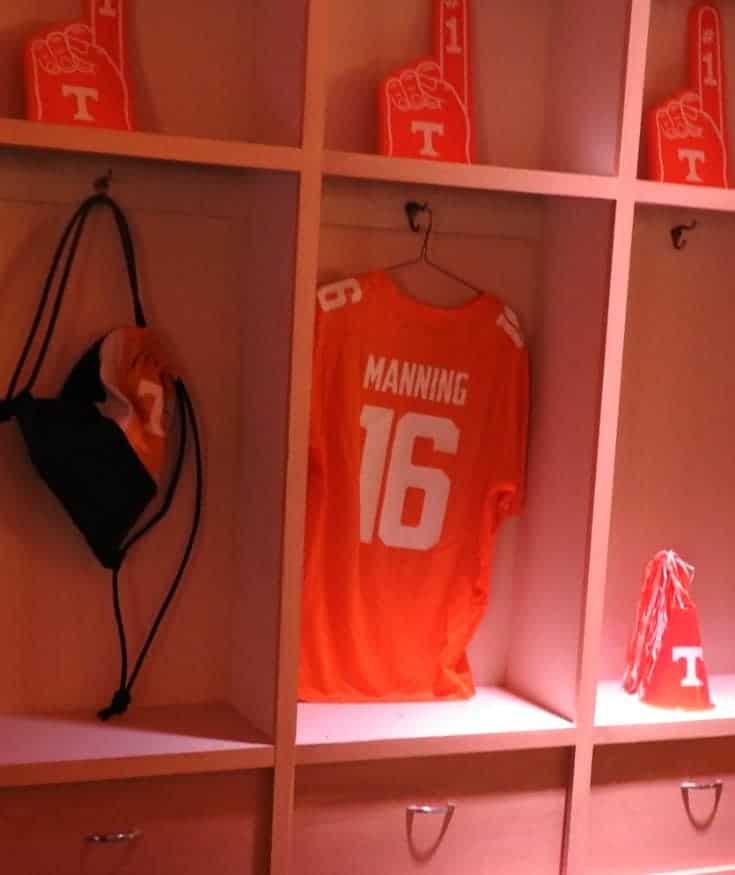 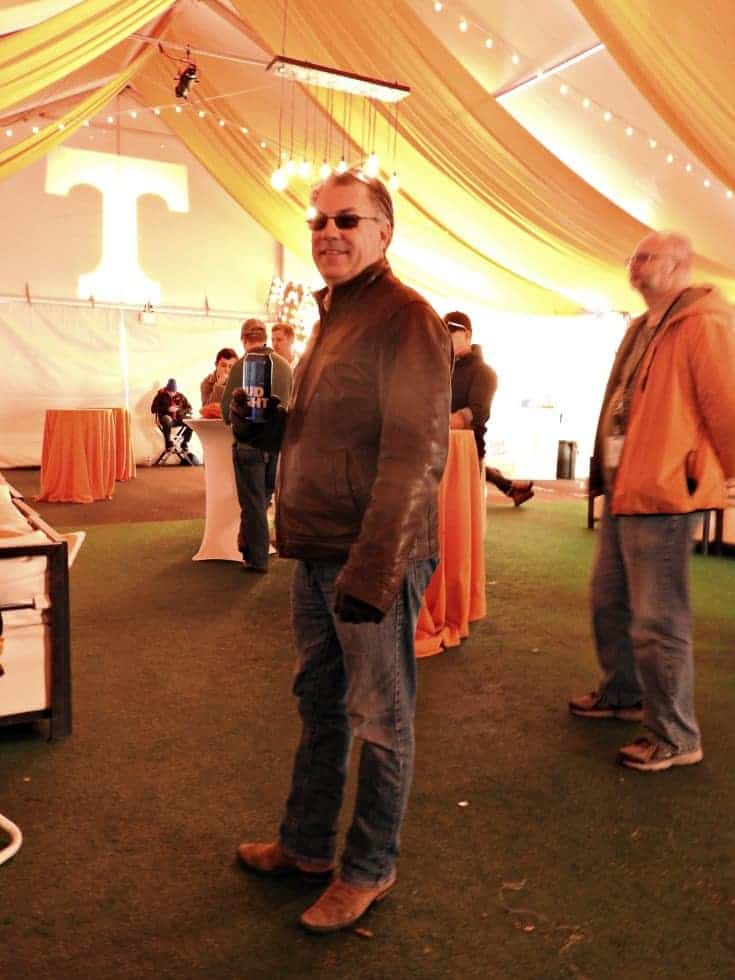 outside the tents were the food and drink vendors and as you can imagine there is no shortage of Jack nor BBQ in this town. We were a little disappointed we did not make it pre-game. The action on Broadway must have been exceptional.  We did get to experience the post game festivities when Ryan arrived in town but it is always the Pre that more exuberant. Both teams are caught up pre game with the possibilities, after its over there is always a winner and a loser and thus little less  umph. 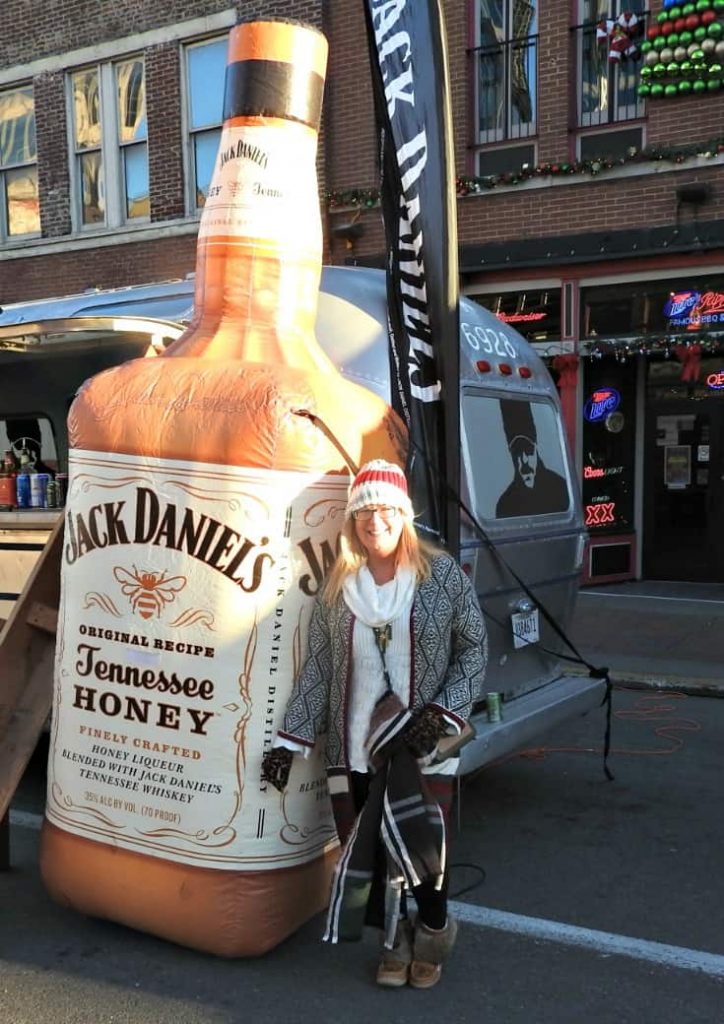 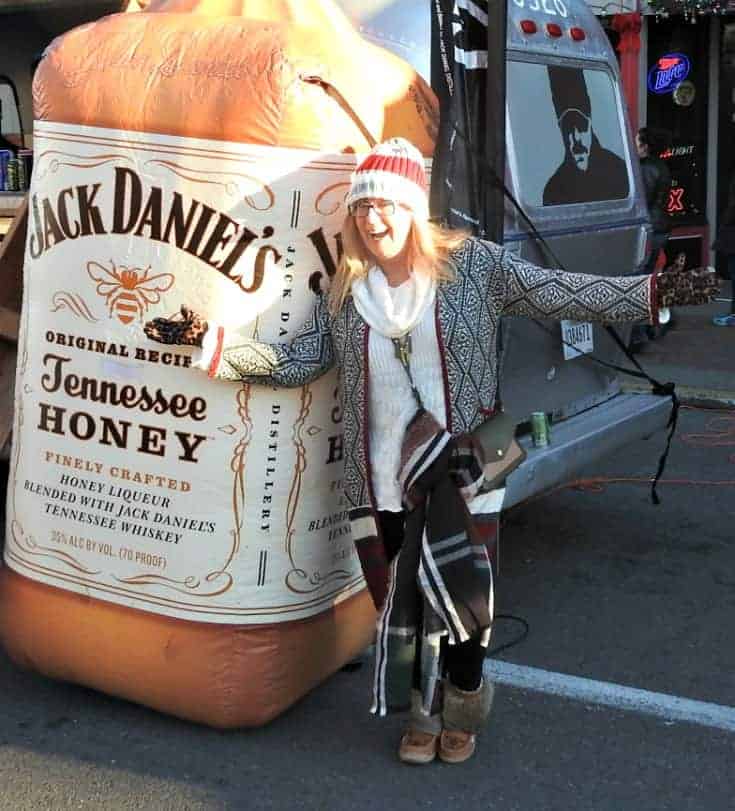 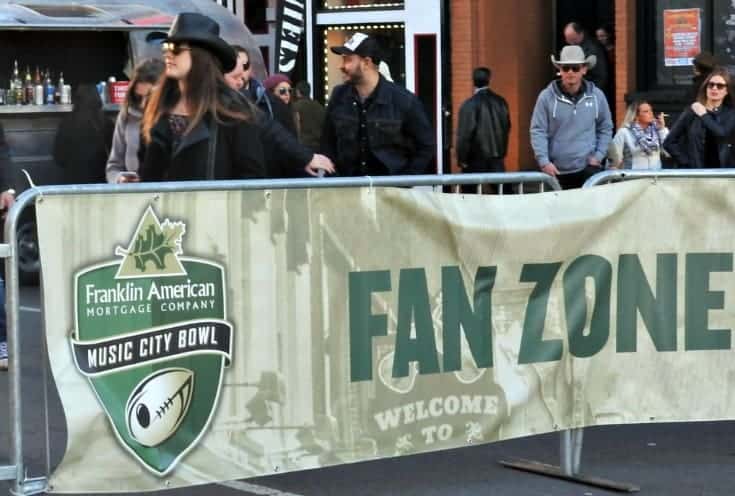 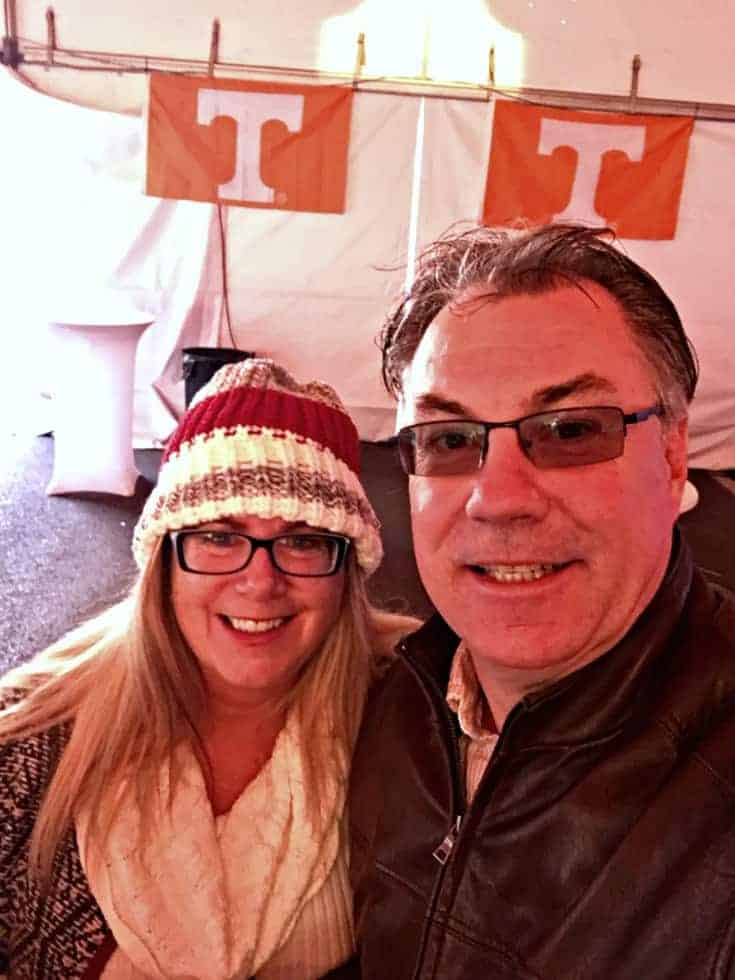 Have you been to a bowl game? I am always so impressed with the Alumni support no matter the team, no matter the location.The Music City Bowl ended up ranked 21/40 for excitement but the Birmingham Game to many peoples surprise ended up number 4 at least according to CBS Sports. My only disappointment was not being able to score an orange beannie. 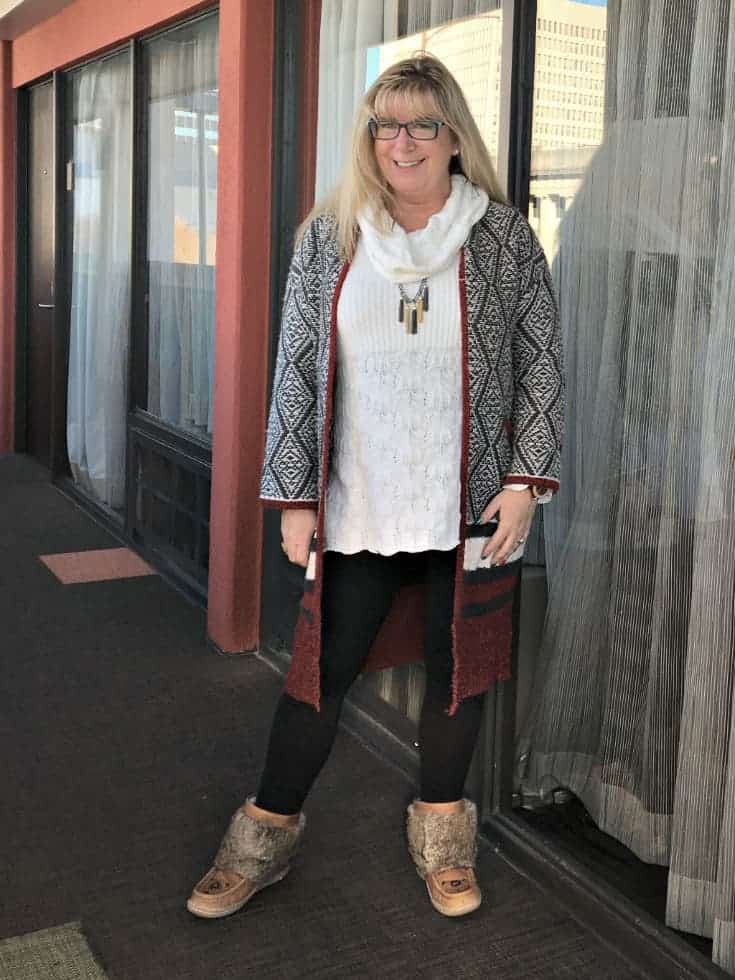 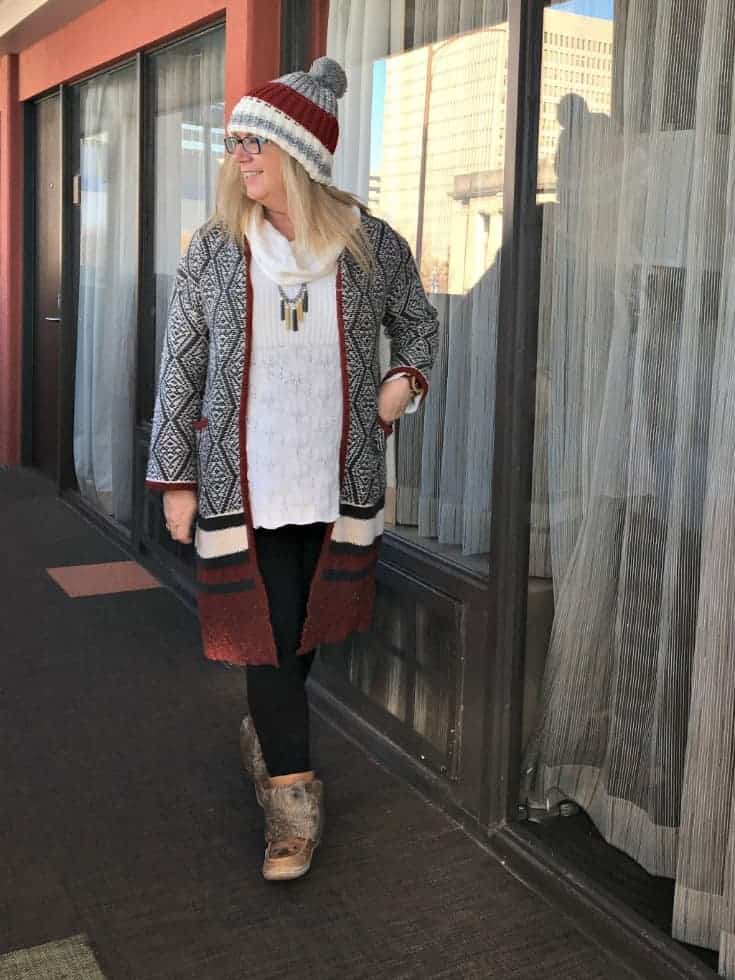 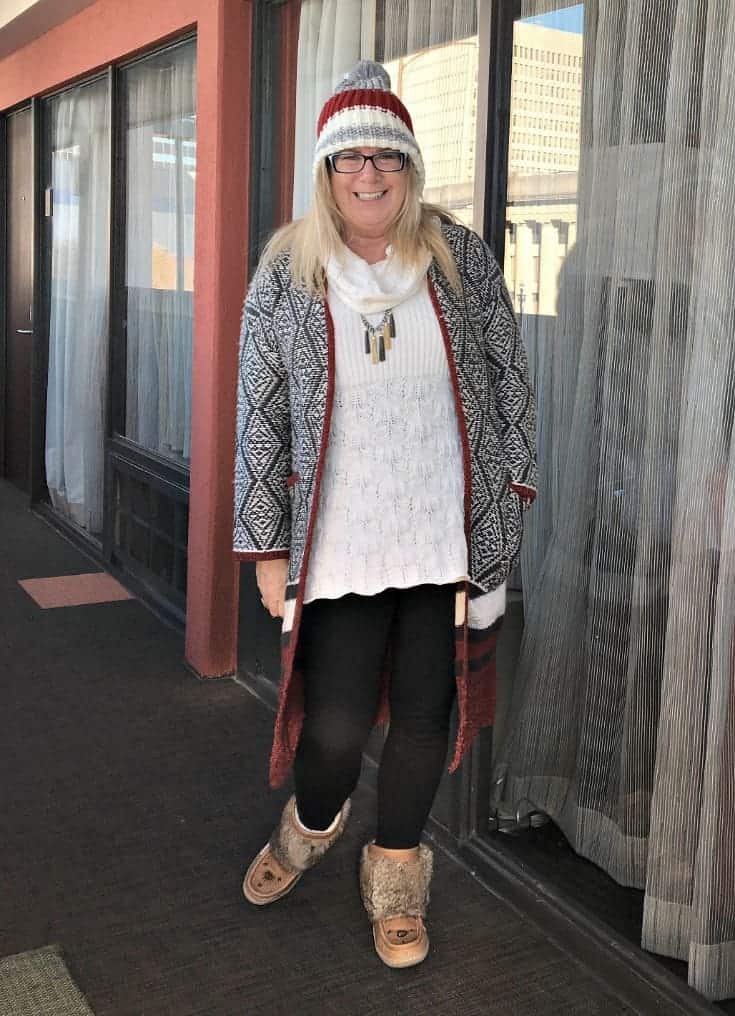 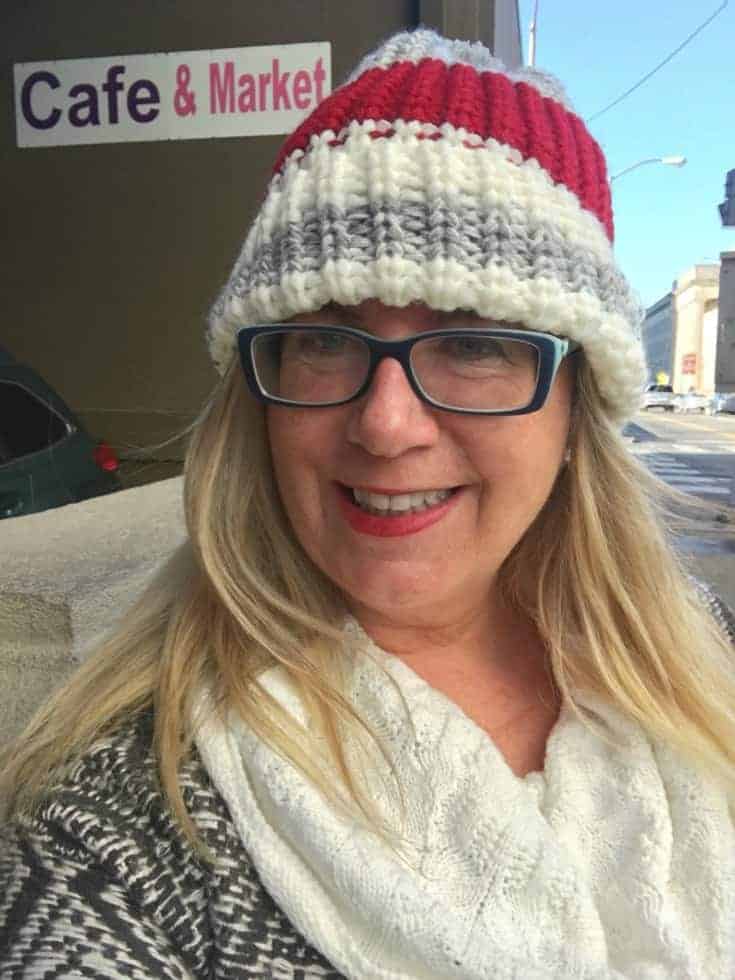 My Leggings C/O Shop Svelte were on constant repeat.  This time I added a sweater from The Bay and the cardigan I found at Winners.  Boots are new, gift from Kent, aren’t they fabulous? I also again wore my ever present Tassel necklace from 7 Charming Sisters.Don’t forget to join Labour of Fashion

Linking with:  Poppy ,Victoria and shop my closet   cappuccino and Whims  and  Pumps and Push Ups and   Classic yet Trendy,Pastries and Pumps On, Kimba, , and The Wednesday Pants ( Style Hunter) Brilliant  and 50isnotold

Food Advertisements by
Please note that some of this site’s links are affiliate links, and alabouroflife.com is a participant in the Amazon Services LLC Associates Program, an affiliate advertising program designed to provide a means for us to earn fees by linking to Amazon.com and affiliated sites. At NO ADDITIONAL COST TO YOU, I will earn a small commission, if you purchase them. Please note that these are products I know/use and recommend to my customers. I recommend them as they are good products.
6 shares